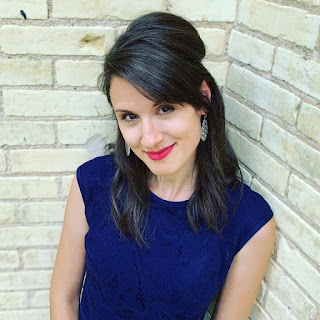 Molly Greeley is the author of the new novel The Clergyman's Wife, which focuses on the character Charlotte Lucas from Jane Austen's Pride and Prejudice. Greeley's work has been published in a variety of publications, including Cicada and Carve, and she lives in Traverse City, Michigan.

Q: Why did you decide to write a novel featuring Pride and Prejudice's Charlotte Lucas?

A: I've always been fascinated by Charlotte.

More than 20 years ago, when I first read Pride and Prejudice, I was as repulsed as Elizabeth Bennet was by Charlotte's decision to marry Mr. Collins.

But re-reading the book several times over the course of many years, I started to wonder whether Charlotte was as sanguine as she seemed; we do, after all, get her story mostly filtered through Lizzy's (demonstrably unreliable) point of view.

And the more I wondered, the more Charlotte's story stuck in my head as one that was worth telling; it says so much about women's perceived worth, as well as how incredibly dependent women tended to be on men.

Q: Did you need to do much research to write the novel, and what did you see as the right balance between Jane Austen's Charlotte and your own? 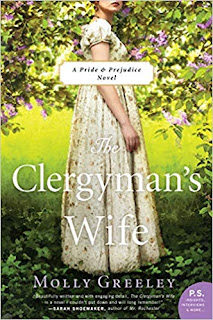 A: Despite feeling like I had a good basic understanding of what life was like in Jane Austen's time, I found I did need to research quite a bit.

I owe a debt of gratitude to many fabulous writers of history, particularly Irene Collins, whose book Jane Austen and the Clergy was exactly what I needed to understand Charlotte's life as a clergyman's wife, and Roy and Lesley Adkins, whose book Jane Austen's England was hugely helpful in answering many of the questions I ran into in the course of writing about the minutiae of Regency life.

I used Austen's Charlotte as both a jumping-off and touchpoint when writing my conception of Charlotte.

We see such a small slice of her life in Pride and Prejudice, and I wanted to stay true to what we do know - for instance, that she was bold enough (and sly enough) to figure out how to win Mr. Collins' affections and "meet him accidentally in the lane," while also expanding upon her feelings, motivations, and history.

Q: Did you know how your novel would end before you started writing it, or did you make many changes along the way?

A: I was 99 percent sure I knew how the book would end before I even began writing it.

I had moments of imagining a different ending that was maybe in some ways more satisfying but less realistic. But ultimately I just didn't feel that anything else would be true to both the times and to Charlotte's character and situation.

Q: What do you think Charlotte's story says about marriage in early 19th century England?

A: I think Charlotte's story says everything about marriage in those times! Unless people were exceptionally fortunate, money was always a consideration and women had so few economic opportunities available to them that they were extremely vulnerable.

Charlotte's choice to marry as she did makes perfect sense within the society she in which she lived; with no dowry and no beauty, her prospects were limited, and if she hadn't married she would have been dependent on her father and brothers for the rest of her life, and would likely have been treated as a burden.

A: I'm currently finishing up edits on my second novel, a book about Anne de Bourgh (another Pride and Prejudice character whose story has long intrigued me). I'm also starting work on a contemporary ghost story.

A: I'm really just fascinated by people, and so really digging into and understanding the minds of characters is something I tend to do with everything I read. When the characters are given truly interesting and complex stories like Charlotte's, but are only peripheral to the main story, my need to know more is almost always triggered!