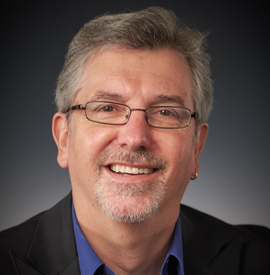 Douglas R. Egerton is the author of the new book Heirs of an Honored Name: The Decline of the Adams Family and the Rise of Modern America. His other books include Thunder at the Gates and The Wars of Reconstruction. He is a professor of history at Le Moyne College, and he lives in Fayettesville, New York.

Q: Why did you decide to focus on the descendants of John Quincy Adams in your new book?

A: Although I never planned it this way, each of my books seems to lead to the next.

My Wars of Reconstruction opened with the formation of the first black regiments in the Civil War, since so many black veterans went into politics after completing their service.

Then, since there was no modern study of those three pioneering black Massachusetts regiments, I wrote Thunder At the Gates, which chronicled the lives and service of 14 of those soldiers. Ten of them were black enlisted men, and four were white officers, one of whom was Charles Francis Adams Jr.

While reading Adams's wartime correspondence with his father and brothers, I realized there was much more to tell about this important, complicated family.

John and John Quincy, of course, are remembered today because they both became presidents, but the third and fourth generations of the Adams family, I believe, were equally important, yet oddly neglected.

Q: You write, "Heirs of an Honored Name turned out to be a far more difficult book than I had anticipated. For the first time, I discovered the problem of too many documents." Can you say more about your research for this book, and what you learned that particularly intrigued you?

A: Most of my previous books have been about black abolitionists--some of them enslaved or formerly enslaved--or African American soldiers, and with a few exceptions, they did not leave behind the paper trail that historians wish to follow. So in the past, I always hoped to uncover more documents.

With the Adamses, however, I had just the opposite problem. 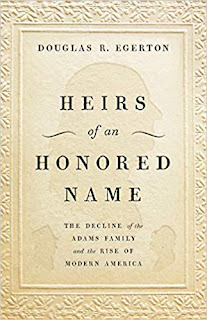 Like earlier generations of their family, they kept daily diaries, wrote countless letters to one another, drafted almost as many official letters and statements, published their speeches in pamphlets, crafted nonfiction books and novels, and wrote a good number of newspaper stories.

The Massachusetts Historical Society has transferred all of the family's materials onto microfilm, and those letters and diaries became the core source for my book. But it was not just that there was so much of it, but that they were so very quotable.

I usually ended up with four pithy quotations for every point I was trying to make, and so in the end the stack of documents that I did not use was about as high as the stack that I did cite.

Heirs is a large book that could easily have been twice its size. The understanding people at Basic Books were very generous when it came to my exceeding the contractual word count!

Q: In the book, you write, "The [Civil] war years and their aftermath molded the Adamses, and rarely for the better." How would you describe the impact of the war on the family?

A: Wars change people, of course.

The bloody conflict and black military service pushed Abraham Lincoln into being far more accepting of black demands for political rights. The president who advocated limited black voting rights in his final speech was hardly the same senatorial candidate who denounced such equality while debating Stephen Douglas in 1858.

By comparison, leading black cavalrymen made Colonel Charles Francis Adams Jr. even more inclined to distrust black voting rights. He referred to the troopers under his command in the most demeaning terms imaginable, and both he and his brother John Quincy II casually dropped the N-word in their private correspondence. 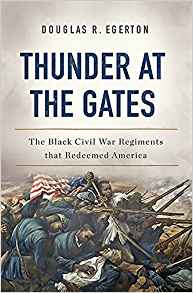 Unlike other white officers who led black troops, Adams made no effort to get to know his men, and judging from his letters and diary, he never discovered that one of the corporals in his Fifth Cavalry was Charles Douglass, the youngest son of the great abolitionist.

His racism only grew worse after the war, and he ended his days speaking across the South about the greatness of General Robert E. Lee and the errors of Reconstruction.

His father, Charles Francis Sr., never displayed the type of racism found in his sons, but his seven years in London--as Lincoln's and then Andrew Johnson's minister to Great Britain--led him to lose touch with the dramatic changes taking place at home.

As the third Adams to serve as minister to Britain, his diplomacy was brilliant, and at key points he almost single-handedly kept the British from assisting the Confederacy.

Yet by the time he returned home in 1868, the pioneering free soiler who had assisted in building the Republican Party in the 1850s was well behind his party when it came to Reconstruction reforms.

Rather like Andrew Johnson, Adams believed that as black liberation had been achieved, any attempts to reorganize the South along lines of racial equality were wrongheaded and unconstitutional.

Privately disappointed that he failed to become the third President Adams or even serve--as had his father John Quincy--as secretary of state, Adams finally became a Democrat and endorsed Samuel Tilden in 1876.

Although critical of the use of force in the South to ensure fair elections, Adams never once noted the rising tide of white violence against black Republican voters.

Q: What would you say is the Adams family's legacy today?

A: The Adams family was not merely America's first political dynasty, at the time it was our nation's only dynasty. Of the early presidents, only John Adams and Martin Van Buren sired sons who lived to adulthood. 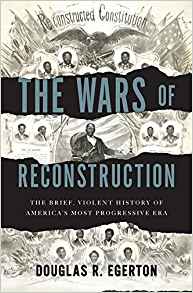 The pressure of being the son of a president must be immense, but Charles Francis Sr. was both the son and grandson of presidents. Public service, therefore, was in the family's blood.

When John Quincy II, the eldest male of the fourth generation, simply wished for a quiet life as a gentleman farmer in Quincy, Charles Francis Sr. made it clear to him that a career in planting trees was not permissible.

Modern America, of course, has seen the son of one president capture the White House, and the spouse of another win her party's nomination. Voters may occasionally get weary of seeing the same names seeking office, but public service is an honorable life, and the Adamses set the standard for doing so.

A: Somebody who has had cameos in my last two books is Massachusetts reformer and soldier Thomas Wentworth Higginson.

A radical minister and a feminist, Higginson became an abolitionist early in life, and large man that he was, he was not afraid to use physical force in the cause.

He was among those who tried to rescue captured runaway Anthony Burns in 1854, and he wore the sabre scar he took on the chin as a badge of honor. Later, he fought beside John Brown in Kansas and then led black troops in South Carolina.

He also wrote dozens of books, including a children's history of the U.S. that became the school standard for decades, and he served as a mentor of sorts to poet Emily Dickinson. He was also as pleasant and optimistic and charming as the Adamses were not, so I'm pretty sure that is my next book.

A: I probably sound quite negative when it comes to the Adams family, so let me add that there is much to admire about them. They were on the right side of history, fighting to keep slavery out of the western territories, and as a young assemblyman, Charles Francis Sr. worked tirelessly to overturn his state's ban on interracial marriage, which he regarded as a "vestige of slavery."

They served their country in foreign courts and on the battlefield, and in fact Charles Francis Sr.'s tenure in Britain constituted one of the nation's longest terms of service in London.

They were uniformly brilliant, and Henry, with his deep searches into foreign archives, was among those who helped invent the modern vocation of historian.

So for me, that was the hardest part in writing this book. How does one achieve balance when describing a family that was so frequently right on public issues but so unpleasant, nasty, and competitive in their private affairs? They disliked themselves, each other, and the modern world they themselves had helped to create.