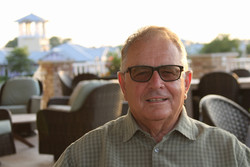 Donald L. Miller is the author of the new book Vicksburg: Grant's Campaign That Broke the Confederacy. His many other books include City of the Century and Masters of the Air, and his work has appeared in a variety of publications, including The New York Times and The Washington Post. He is the John Henry McCracken Professor of History Emeritus at Lafayette College.

Q: Why did you decide to write about Vicksburg in your new book?

A: In the public imagination, it’s vastly overshadowed by Gettysburg in the war. I became convinced the war was won in the West, and that starts with control of the Mississippi River, which was very important. And Grant emerges as the general who will win the war.

In the East, the battles were episodic—a huge three-day shootout and then months [of relative quiet]. Grant’s idea was fighting incessantly. He did that at Vicksburg, and then took the fight to the East. He became the general in charge after Vicksburg. Mississippi, Louisiana, parts of Tennessee were out of the war. He freed over 100,000 slaves. That’s the least-known aspect of the story.

In a sense Grant becomes to the slaves of the area the Great Liberator, not Lincoln. The Emancipation Proclamation was on the books, but could only be enforced by the armies of the North. The slaves in Maryland and Delaware were not freed. You had to be fighting for the Confederacy for slaves in that state to be freed.

There was a siege, there were great characters, there were women living in caves. It’s an interesting way to do a new kind of Civil War battle history: How do people hold up under bombardment? How were the slaves actually freed?  The women would negotiate for shorter hours and higher wages. The whole thing began to break down. You get the women’s side of the war.

Q: What do you see as some of the most common perceptions and misconceptions about Vicksburg?

A: People often see it as a battle. I try to see it as a campaign. That’s how Grant fought in the East as well.

When he took over at Cairo, Illinois, he set his sights on Vicksburg. He embraced the Union effort to take New Orleans, which had to be freed as well. I don’t think people see it as an all-embracing campaign including Antietam.

And there are a lot of little myths: That Grant was a butcher. His casualties were staggering in Virginia—even Mary Lincoln asked that he be replaced. Grant used maneuvers to keep casualties low. 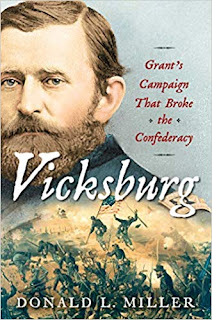 Another myth—when he moved on the city [of Vicksburg] he besieged it for 47 days. Most historians claim he cut free of the supply lines and the Army lived off the land, but that wasn’t true. He had one of the longest supply lines, with bases in Louisiana. Wagon loads would follow the Army. He eventually cut the lines, but they didn’t live off the land.

A: I believe in hands-on research. I like to get in the field. I rented a boat and went in the Yazoo River. There were a perilous set of operations that I tried to navigate myself. It gave me a sense of place. I like to use the tools of a novelist to tell the story, to emphasize the characters, the land, and how the characters and the land interact.

Then I went to the archives—50 archives, in Pennsylvania, New York, California. You get a sense when you write a book, This is a Eureka moment! I found tremendous letters from Union soldiers. It gives a new look to the campaign. They took over the battle. They were angry with the South for seceding, and they wanted to free the slaves because it would hurt the South.

Grant tried to stop this at first. He was running the invasion and he didn’t want the image of a social revolution, but that’s what happens when you’re freeing slaves. What do you do with them? He had over 20,000 slaves in his camps. He put them to work, he paid, fed, and clothed them. 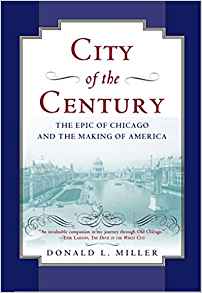 When he recruited black men as soldiers, he would have them start as guards. Wherever he went in the Mississippi Valley, he was freeing slaves and establishing work camps. Eventually he handed over control of the camps to a chaplain, John Eaton.

Lincoln saw that the war needed to be against civilians as well as soldiers. Grant eventually bought into that policy as well. Sherman is represented as the scourge of the South—he was opposed to pillaging and burning, but he learned from Grant at Vicksburg. Grant was the one who was willing to push the war to its limits.

Vicksburg was the first time civilians were fired on. They were bombarded day and night. There was an enormous army surrounding the city. Civilians were killed and property was destroyed.

Women and white Southern families had slaves dig caves for them. That’s where they retreated with their children. It had a psychological toll on them.

It interested me: How do people hold up? War is an awful thing but it’s interesting to study how much we can endure. It can bring out the worst and the best in us, human beings pushed to the limits.

Grant was dogged. He suffered setbacks in taking Vicksburg. Six attempts to take Vicksburg were pushed back. There were more reporters in the East—he would have been removed [if there had been as many reporters covering this].

Q: What do you see as the legacy of Vicksburg today? 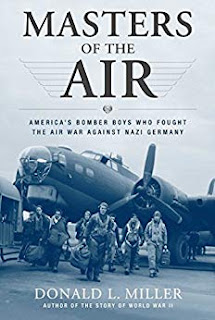 A: This is how the United States fights its wars. It’s how it fought World War II. Grant is taught at the Academy. When we landed at D-Day, [for the most part] we don’t talk about individual battles but a campaign that extended across Europe. It was one coordinated campaign. Eisenhower saw it that way. He was a great student of Grant. World War I was fought that way too.

In the Vicksburg area especially, the legacy is one of bitterness and hatred. The area didn’t celebrate the Fourth of July for a century. When Vicksburg surrendered, [the Union side] had great hope that the people were not only conquered but subdued. They were hopeful they could reconstruct Louisiana, Vicksburg, Mississippi—but within three weeks, [people in the area] said, No, we’re not subdued, we’re going to continue to fight.

They clung to the idea of Southern independence and maintaining slavery. The fact that Union armies were in the South made it easier to sell that line: you have an invasion force, pillaging property. The Yankees became vandals in their eyes. It left a long-simmering situation in Mississippi. Reconstruction did not last long in Mississippi. Klan-type organizations began to appear.

The people in Vicksburg who helped me were great people, but there’s still a feeling that we weren’t really defeated, our cause was still just.

The debate continues with [today’s] discussions about monuments.

A: I’m going to deal with Grant and Lincoln, their relationship at the end of the war. Grant took over as commander in chief in charge of all Union armies. The objective was to defeat Lee’s armies. He worked with Lincoln, from City Point, a plantation on the James River in Virginia.

Lincoln could come on a steamboat to visit Grant. There’s a lot on Lincoln as commander in chief, but not as much on Grant. He ran the war from a two-room cabin. Lincoln was running the policy side from the White House, and Grant was running the military side from Virginia.

Of the last three weeks of his life, Lincoln spent two of them at City Point with Grant. Days after his return to Washington came the end. The Grants were supposed to be with him at the theater, but Grant’s wife didn’t care for Mary Lincoln. She said, We’re going to go to Philadelphia.

As they were arriving at the train station, they saw horsemen surrounding their stagecoach. They saw John Wilkes Booth. He looked menacingly in the window. Later, they learned that Lincoln was shot.