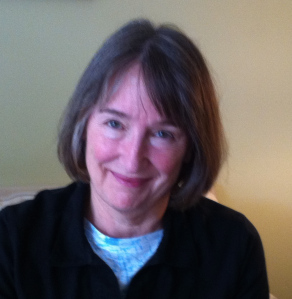 Nancy Hayes Kilgore is the author of the new novel Wild Mountain, which takes place in a Vermont town in 2008. She also has written the novel Sea Level. She is a psychotherapist, and she leads writing and spirituality workshops. She lives in Burlington, Vermont.

Q: How did you come up with the idea for Wild Mountain, and for your character Mona?

A: After I’d written my first novel, Sea Level, I wanted to try a short story. In Sea Level I’d been immersed in women’s points of view, so I liked the challenge of trying a man’s point of view.

The short story began with Frank and his heroic (or foolish) attempt to rescue a moose calf from the icy river. I knew a woman once who dreamt of owning a country store, so Mona’s character began out of that, and she came into the story as a love interest. The story was published in a literary journal. But then I kept wanting to know what happened next, so a novel began to form. 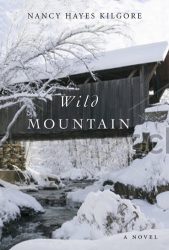 Q: The novel takes place in a town in Vermont. How important is setting to you in your writing, and could this story have taken place anywhere else?

A: Setting is very important to me, and in both of my novels, readers have remarked that nature is almost a character. So far, my stories have taken place in a rural setting, where the landscape, climate and weather patterns seem almost to determine the course of people’s lives.

In Sea Level, it was the flat and open Delmarva Peninsula, and in Wild Mountain it was the harshness of late winter in Vermont and then the exhilarating renewal of life and beauty in the spring.

A: In 2008 the idea of allowing gay and lesbian people to get married was almost unimaginable for many people. The first same sex marriage law had just passed in Massachusetts, though it was expected to be rescinded, and in Vermont activists were fighting for it.

But there was lots of controversy and conflict that naturally affected all the small towns. In the fictional town of Wild Mountain Mona’s friends Roz and Heather are targeted, and a hate crime forms a sub-plot. 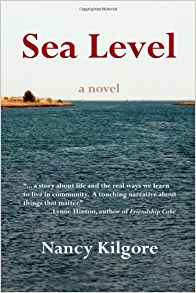 A: Lots of changes along the way! I didn’t know how it would end until I got to the end, after the nth draft. I like a story to develop out of the characters and the situations, and as I write, those emerge, and then I’m able to see more.

A: Another challenge to myself: Bitter Magic, a historical novel set in 17th century Scotland (100 years before Outlanders) at the time of the Reformation. It centers on the witch trial of Isobel Gowdie, whose verbatim confession is the most completely documented transcript of a witch trial at that time, and the Covenanters, the idealistic Presbyterian reformers in whose community she lived.