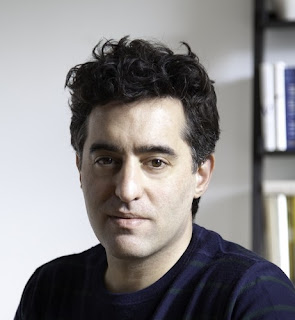 Nathan Englander is the author of the new novel Dinner at the Center of the Earth. His other work includes the novel The Ministry of Special Cases, the story collections For the Relief of Unbearable Urges and What We Talk About When We Talk About Anne Frank, and the play The Twenty-Seventh Man. He is Distinguished Writer-in-Residence at New York University, and he lives in Brooklyn.

Q: You’ve said that your new book was inspired by your heartbreak over the end of the Israeli-Palestinian peace process. How did your feelings about the peace process result in this novel, and what do you think the book says about the possibilities for Middle East peace?

A: I’ve always gone distant to write close. My story about dreaming about being a writer I set in a Stalinist camp. I’m a private person, though not a shy person. Over four books, I was able to write closer and closer. My first book was also about Israel, and the book about Argentina was about another disappeared person…

It’s a subject that obsesses me, and a personal heartbreak. Since [the peace process] fell apart, I wanted to talk about it on a personal level and explore that time. I know a Mossad traitor and a general seem distant to myself, but in one sense he is me…I’m seeking the big story with the personal story. They don’t separate.

This book is everything and its opposite. Every character is somebody else. That’s how my brain works. The further peace recedes, the more I’m grabbing onto it…People feel there’s no one to make peace with on either side; whether Israeli or Palestinian, [they think] we can have cycles of violence until somebody wins. I don’t see what winning is.

As a person in the world, the further peace recedes, the more I think it’s the only option. We can transplant a face. We’ll have self-driving cars. We make choices. We do the impossible all the time. 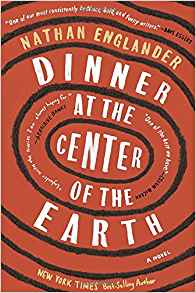 It’s clear to me with the structure of the book—I like books that ask questions and don’t offer answers. I wanted a book that allowed people to explore notions of a moral fiction. You don’t write a book about fly-fishing and come to it with a fierce position. If you’re coming to this book, you probably have a set position [on the Israeli-Palestinian issue]. I worked so hard to build just character, just story, a place to reflect. It’s hopeful about peace in some way—that’s not a position.

In America we now have dual realities like they do there. If your position is cycles of violence, that’s not a position. Not everything is a discussion. Not to be working toward peace—I don’t understand how that’s a position.

The American metaphors—Ivana Trump says I’m the real first lady. A newsperson says, Melania fires back, we will discuss this. I said, There’s not a discussion! It’s become almost bizarre. Offering children healthcare is one thing, but removing millions of children off it—children will die. You can’t argue that as anything but cruel and greedy. There’s no world where you can argue that’s right.

My position on peace is that I’m open to anything. I’m willing to hear everything…

Q: In an interview with NPR, you described the novel as a “turducken,” and some reviews of the book have called the novel an example of genre-switching. Did you envision the novel as something in particular when you started writing it and it changed as you wrote it, or did you know from the beginning how it would turn out?

A: I’m alone in a room all day. I compare it to sport. I’m obsessed with CrossFit now. You can have a genetic feeling—I’m 5’7”, I can keep training but I’m never going to dunk. With writing, it’s a weird craft where you don’t know where you can get to until you try. I call it executing the unexecutable.

It’s terrifying every time, and overwhelming. Every book feels like the first book. At 47 I’m a baby, really. I was ready to work; I waited almost 20 years to find the form for this book. 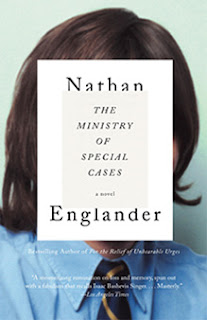 I wasn’t aware of the form…I’ve never written a Jewish book, my books are about people. I’m someone who grew up Orthodox and broke out. The normal way to be is Jewish. The idea that I should present myself as a hyphenate is ridiculous….

I think and talk in circles. I’m a Jew, I’m a New Yorker, I’m a yeshiva boy. I had to learn how to unravel my sentences. Marilynne Robinson taught me. The part I was aware of is that this conflict breaks my heart in its circularity…

It was in the paper [the other day]. If you can’t see things coming—I have the mapmaker in my book do reconciliation between Fatah and Hamas. It’s obvious to me, they’ll do it next time. I’m dreaming that back to 2012. It’s those crazy circles of history that break my heart. That’s what I was aware of for the structure of the book in a deep way…

It was the circles I was aware of and different stories. When they say the front part is a political thriller, then magical realism, then a love story, and an allegory, that I wasn’t too conscious of. That’s the subconscious part.

Even the names, “the General” and “the waitress”--it doesn’t work unless it’s an allegory. I must have been aware of that in my subconscious. Jonathan [Safran Foer] said the whole book is doubled. Everyone is someone else. He said the book doesn’t work without it—it comes together, and then there are the mirror dinners at the end.

It crossed both our minds—the book literally doesn’t work without the two dinners…everything matches. I’m very interested in the conscious and the subconscious.

A: I love titling but I picked a shorter title for the fourth book. I mumble it [with long titles]; I had to pick something shorter. I’m fascinated by how the process works…Now I’ve done a dozen cities, 30 or 40 events on the road, you start learning things. It’s what the brain can handle explanation-wise… 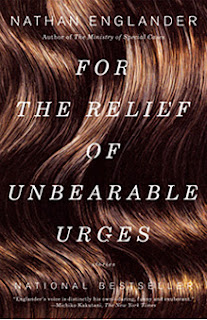 The double answer to your question—I have Arafat as Arafat, Olmert as Olmert, Ben-Gurion as Ben-Gurion. But the General—the people who embraced Sharon as the protector of Israel embraced him for the wars he fought, as the father of the settlements, and the people who loathe him loathe him for his wars and massacres. He’s too loaded for me, even as a fictional character. I have my General…

There was a guy who became a Mossad traitor. We know why people become traitors. We understand why people collude—knowingly, unknowingly, blackmail. In America there’s an investigation going on. We know people were in the room with Russian intelligence.

This guy was so close to my life [in his upbringing]. The guy adopted a foreign country’s ideology and became a traitor. It was what I was looking for for 20 years. What would it take to flip someone through empathy? [The real-life] Prisoner X became Prisoner Z.

Why not pick someone less extreme, like [Yitzhak] Rabin? I think Rabin adopted peace. Ehud Barak got in huge trouble—Israel was in Lebanon and he said, if I were a young Lebanese kid I would join Hezbollah. If America’s occupied by a foreign force, you’re going to be quiet?...

I think Rabin had empathy. With Sharon—his whole life, he was a fighter. It was the only way he understood the world. This is a fighter, the father of settlements, he’s unkillable. You see Arafat as an old man, his plane crashes in the desert, and he walks out. When Sharon got out of Gaza, he didn’t do it because he was suddenly heartbroken for the state of affairs in Gaza. Even a great warrior understands.

Prisoner Z is empathy. The General is coldhearted. Peace is the next war to fight. I can’t believe it was out of the warming of his aging heart. He wants Israel to exist and the way to do that was not to be an occupier. If [Rabin’s assassin] Yigal Amir had not voted with his gun, if Sharon had stayed close to the hospital, I see how right there [the prospect for peace] was. How many times, even the ones we didn’t even know about. 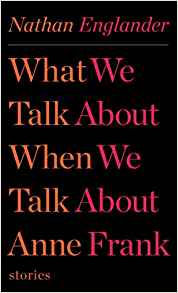 A: I feel like I haven’t slept in forever. It’s sodium pentothal. It’s just bananas. The nice thing about my life—it’s my Joyce Carol Oates [phase], there were only five years between the last book and this one. I’m working differently. I’m so close with the next book, the next play is drafted, I want to write about my time in Malawi. It’s a nice feeling.

Five years and counting, to have a novel so close to done—I’ve never had that. I disappeared for nearly a decade the last time. The play changed me so much. It’s a different way to write and execute… Everyone’s so delicate with you in fiction. [With the theater] we would finish a rehearsal, and we need a new scene the next morning. I was learning to be of the world that way. It freed me up.

As a parent, people would say, you’re never going to write until your daughter is in college. I said, You must have a better trust fund! It’s the freeing of time—I’ve always spent all my time writing.

Having a beginning and an end has cut out my ennui time, the time I would look out the window and think. It’s the play, age, and experience. It has to count for something! It’s a much more framed day, having a shape to it.

A: With my wife’s Ph.D. research, we spent last year in Malawi. The book is drawing off my memory. I teach for NYU in Paris, and spent time living in Berlin. Memory is one reality, and then you have your book reality.

--Interview with Deborah Kalb. Nathan Englander will be participating in the Lessans Family Literary Series at the Bender JCC of Greater Washington on November 3.
Posted by Deborah Kalb at 8:07 AM