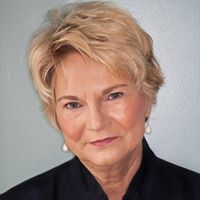 Leah Weiss is the author of the new novel If the Creek Don't Rise, which is set in Appalachia. She spent 24 years as the executive assistant to the headmaster of the Virginia Episcopal School, and she lives in south central Virginia.

Q: You write that the book Olive Kitteridge was an inspiration for this novel’s format. What about that book did you especially appreciate?

A: Olive Kitteridge was an inspiration to me on two counts. The character Olive was dark, complex, flawed and fascinating. You may recognize in some of my characters a similar complexity. But it was the format of the book that inspired me. I saw the chapters as separate short stories that gave private insights into that character. That format made the story more personal.

Q: Did you write the sections in the order in which they appear, or did you move things around as you worked?

A: I did not write my stories in the order they appear. When I decided to write this book, I only had a few pages for four characters: Sadie Blue, Billy Barnhill, Gladys Hicks and Tattler Swann. 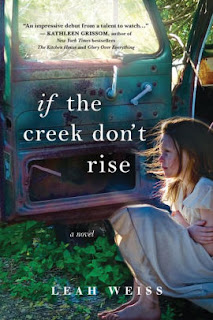 Their stories were expanded greatly, and the others came because Sadie needed them or the community needed them to round out an authentic Appalachian tale.

The last character I developed was Marris Jones. I needed her tender heart and sweetness. The one I feared to write was Roy Tupkin’s. I wasn’t sure I wanted to spend time with such a black soul, but I was surprised to discover moments of empathy.

Q: You begin and end the book with chapters from Sadie’s point of view. Do you see her as the main character or more as part of an ensemble?

A: Although Sadie doesn’t appear firm in every chapter (for example, Prudence’s chapter), she is the heart of the book. It is for her that we worry and hope. It is for her that the older women’s wisdom and lessons apply. It is Sadie who causes Kate to reflect on her principles. All along, it is Sadie that we root for (and cheer at the end!).

Q: What do you see as Kate’s role in the story?

A: Kate is “different” come to the mountain. Hope. She’s a fighter looking for purpose, but she had no idea the lessons that await her, especially from her friendships with Birdie and Sadie.

Kate was also a marvelous spiritual sparring partner for Eli Perkins. I loved writing in the dialect and honest voice of these mountain people, but I confess, I needed the mental sparring Kate and Eli provided me, the writer. They were a respite.

A: I have two projects I’m working on: one set in 1944 in eastern North Carolina, and, more recently, a possible companion book to Creek.

The great Goodreads and Amazon reviews are clear -- you want to hear more about some of these great characters, and if I can, I’d love to oblige you. So once the book tour slows down, I have to decide what I want to commit my time to. I am looking forward to getting to write more. I miss it.

I’m happy the book is classified as historical fiction. But only one character is based on someone I knew: Preacher Eli. My Uncle Willis Wilson was a Baptist preacher who could tell a joke with the best of them. I believe his good heart beats in Eli. Sadly, he died two years ago. I think he would have liked Eli.