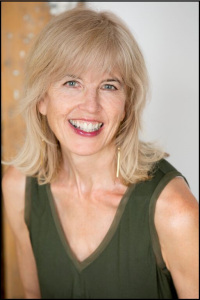 Alison McGhee is the author of the new novel Never Coming Back, which brings back two characters from her novel Shadow Baby. She writes for kids, young adults, and adults, and her other books include Pablo and Birdy and Someday. She lives in Minneapolis, Vermont, and California.


Q: Why did you decide to return to your characters Clara and Tamar in your new novel, Never Coming Back?

A: I wanted to return to Clara and her mother Tamar long ago, but every time I tried, they were a closed book (didn’t intend that pun but I’ll let it stand).

I kept wondering what they were up to. Had Tamar found any ease in her life? Had Clara become a writer? Had she gone to college? Had she left Sterns? When I last saw Clara, at the end of my previous novel Shadow Baby, she was 12 years old and just beginning to figure out her path in life. 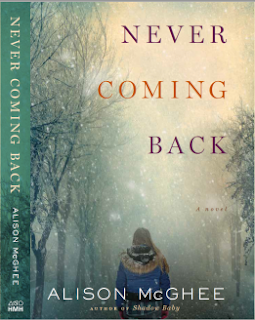 When I began feeling my way into Never Coming Back–and that’s what writing a book is like for me, because I don’t know what they’re going to be about when I begin—all I knew was that it was about the relationship between a parent (I didn’t know if it was a father or mother) and their adult child.

Then, a few months in, the startling image of a young woman appeared in my mind. She was dangling a carton of orange juice from her fingertips and confronting a thin, frowning middle-aged woman. The image was clear and precise, and when it came to me I knew two things: that these women were Clara and her mother Tamar, 20 years after I’d last seen them, and that Tamar had early-onset Alzheimer’s.

Q: Can you say more about why you chose to focus on the issue of early-onset Alzheimer's in Never Coming Back?

A: This will sound all woo-woo but it’s the truth: I didn’t choose to focus on it, it chose me. I didn’t want to write about Alzheimer’s, when it became clear that was what Tamar was dealing with, because it’s a cruel, painful disease. 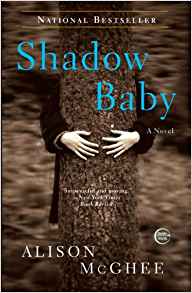 And early-onset is a whole other ballgame. It comes in the prime of life, the beautiful vital middle of life, when so many people bloom into their full selves, confident and fearless, and then . . . poof. You begin to disappear. I felt so sad for Tamar.

I’m middle-aged, and many of my friends have coped, or are coping, with beloved parents who have Alzheimer’s. I talked to friends and I did a lot of observation and research. And I tried to imagine myself with early-onset Alzheimer’s –what would I do? How would I handle it?—and then I imagined myself into the mind of Clara.

The fact is that Alzheimer’s disease is common, and it is intensely painful for both parent and child. I wanted to honor that struggle. And I wondered if the knowledge that time is running out would intensify a longing for redemption between parent and child.

Q: How would you describe the mother-daughter relationship in the book?

A: Tamar gave birth to her daughter Clara when she was only a girl herself, 18 years old. She raised her alone, in far upstate New York, which is a landscape of intense beauty and intense hardship. And that is also how I would describe Clara and Tamar’s relationship. Neither can give the other what she longs for, much of the time, but they profoundly love each other. 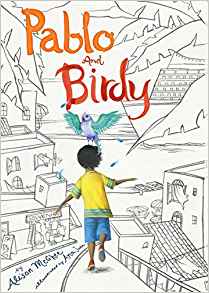 Difficulties and estrangement between parents and children are common, and they often persist for decades. Many of us unconsciously assume we have decades to resolve our relationships with our parents. Clara certainly did.

But then suddenly, when Tamar is only 49, she is beginning to disappear. So everything speeds up for both of them. How can they find their way back to each other? What are the secrets they hold in their hearts? How will Clara go on without her mother to both fight against and find comfort in? And what about Tamar, her brief, hard life, her stoicism and her fierce, unspoken love for her daughter?

A: If only, only, only I could know the plots of these books before I start writing them! Then maybe I wouldn’t have to write four or five separate versions before these people finally take over and tell me what’s going on in their lives.

I’m an incredibly chaotic writer–in the drafting process, anyway. It’s as if I have to churn out hundreds of thousands of words and then throw them into a giant rock/word tumbler and let them spin around for a long time until polished stones emerge. 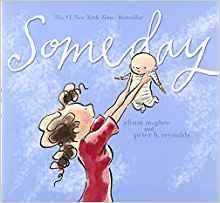 A: I just finished a new novel, also set in Sterns, which will probably be published in 2019. A new young adult novel, What I Leave Behind, will be published next spring. Two more new novels are beginning to gather themselves together in my mind and heart, but nary a word of them has been written yet.

A: Sometimes it feels as if every single book I write is, at core, about what we keep locked up in our heart of hearts and what we reveal to others, even to those we love most.