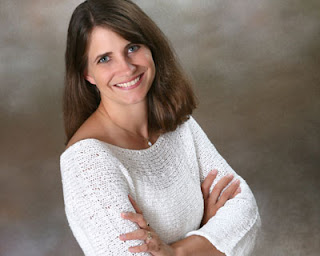 Alix Rickloff is the author of the new historical novel The Way to London, set during World War II. Her other books include Secrets of Nanreath Hall and Dangerous Magic. She lives in Maryland.

Q: How did you come up with the idea for The Way to London, and for your main character, Lucy?

A: Thank you so much for inviting me here to chat with you about my new release.

The Way To London very much grew from the character of Lucy Stanhope. She’d been referred to briefly in my previous novel Secrets of Nanreath Hall as the pampered, headstrong Yankee cousin of the main character who is living a life of luxury in Singapore.

So in telling her story, I had to dig into the wartime events of late 1941 on the Malay Peninsula and how they affected the Europeans living there at the time. It quickly became obvious to me that Lucy was one of the thousands who were sent home ahead of the Japanese invasion to a country not their own and relatives they barely knew.

Her traveling companion, Bill Smedley, took shape after I read No Time To Say Goodbye by Ben Wicks, which is about the evacuation of British schoolchildren during World War II. 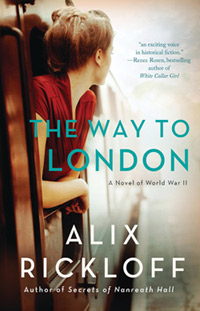 A city boy who’s not been farther from home than Whitechapel, Bill finds himself uprooted to the wilds of the Cornish countryside where he’s handed over to indifferent people who regard him as nothing more than a nuisance and a source of a few extra shillings a week.

The idea of the spoiled little rich girl from Singapore and the street-smart bad boy from London’s East End pairing up on a journey across country appealed to me. On the surface, they are two very disparate characters, but as we get to know them we realize they are both in search of a home and a happy-ever-after.

The Way To London is much different from my first book in tone and style. This time, we experience war-torn England from Lucy’s rather flippant, world-weary point of view as she navigates her journey to London as well as her own internal transformation. It makes for a lighter more irreverent ambience, which was especially fun for me to write.

Q: The story takes place in Singapore and Britain during World War II. What kind of research did you need to do to recreate the time period, and did you learn anything that especially surprised you?

A: I love the research aspect of writing and can spend hours tracking down the most mundane and trivial of facts. I really enjoyed learning about Singapore and the Malay Peninsula, which was completely new territory for me. 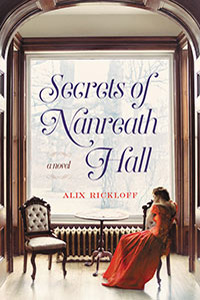 I discovered wonderful newsreel footage of the city, as well as contemporaneous travel guides that included amazing researcher gems like street maps, retail advertisements, and hours and menus for hotels and restaurants.

I searched out memoirs and other first person accounts of the Far East both prior to and during the Japanese invasion as well as information regarding the dangerous shipboard journeys of those who managed to escape.

One of the more interesting facts I uncovered while writing about Lucy and Bill’s antics in London was the ability of those with funds to avoid the harsher deprivations faced by the rest of England.

Swanky hotels like the Savoy and the Ritz maintained lavish accommodations for their guests—even their bomb shelters boasted high-class staff and comfortable quarters. In 1942 the government capped the price and number of courses for a meal, but if one had the money, one could continue to eat like a gourmet in their restaurants. 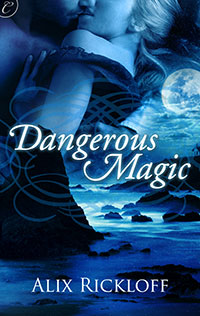 Obviously, this doesn’t square with our overall impression of Britain’s collective patriotic sacrifice, which makes it all the more interesting to me as a writer.

A: I’m very much a seat of the pants type of writer. I begin with a premise or a character and the story grows from there. I might have a few pivotal scenes in my head but otherwise I follow my characters where they lead.

Unfortunately they often lead me into blind corners, dead ends, and around in circles, but eventually they take pity on a poor author and show me how it’s all supposed to turn out in the end.

A: I have to give top billing to Mary Stewart, Rosamunde Pilcher, Georgette Heyer, and Lois McMaster Bujold. Four very different writers coming from four very different genres, but all can suck me in from the first sentence. They have pride of place on my keeper shelf, and I reread them regularly.

A: I’m working on a new project set once more in England during World War II, though it’s much more a domestic drama rather than taking its cue from the wider conflict.

A young woman, recovering from the death of her child, inherits an old house in the country. Once there, she discovers the existence of an aunt she never knew she had; one who died under mysterious circumstances over 50 years earlier.

As she uncovers the truth about what happened, she is forced to confront the reality of her own troubled past. I’ve always loved those brooding gothics from such masters as Daphne DuMaurier and Victoria Holt so this is my attempt at writing one.

A: It’s been wonderful having a chance to chat. If anyone wants to continue our discussion or keep in touch, they can connect with me on Facebook, Twitter, or Instagram. Thank you again for the invitation.