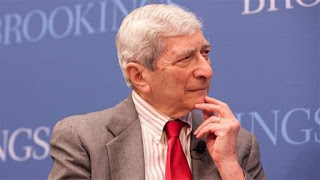 Marvin Kalb is the author of the new memoir The Year I Was Peter the Great: 1956: Khrushchev, Stalin's Ghost, and a Young American in Russia. His many other books include Imperial Gamble, The Road to War, and Haunting Legacy. He spent many years as a correspondent for CBS News and NBC News, and is the Edward R. Murrow Professor Emeritus at Harvard's Kennedy School. He currently is a senior advisor at the Pulitzer Center on Crisis Reporting and a nonresident senior fellow at the Brookings Institution.

A: For a long time, I was thinking about writing a memoir, but I was afraid to undertake a task that was so large. After a while, encouraged by my grandson and granddaughter, I decided I would write a memoir, in parts.

In 1956, I went to Russia for the first time, not as a journalist—I was a so-called diplomat at the U.S. Embassy in Moscow. I was there for a year, and I learned a tremendous amount. The experience stayed with me, and I wanted to share it.

Q: You wrote about this same experience in Russia in your very first book, Eastern Exposure, which was published in 1958, right after the events you describe in this book. How was it to revisit that same period in your life 60 years later?

The new book is one that makes a more serious attempt to understand developments in Russia and the impact on that country, and relations between Russia and other countries, especially the United States.

Q: What about that year was so important? 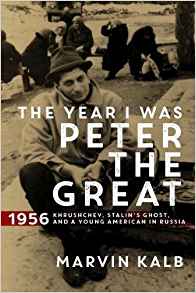 A: In February 1956, Nikita Khrushchev, the leader of the Soviet Union attacked Josef Stalin in a stunning speech, and by attacking Stalin’s legacy, Khrushchev did something no other Russian leader had done before—he challenged the autocratic nature of Russian politics.

Khrushchev provided the Russian people, for the first time in history, with a whiff of personal freedom. That bit of freedom was embraced by the Russian people and made them feel they could make up their minds about important issues—about families, about careers, and about the nature of their political leadership.

That period was called the thaw. The period of Stalinist rule dissolved in the warmth that Khrushchev’s de-Stalinization speech crated. The Russian people began to think they could make up their own minds about politics. It was a heady experience, and it spread through the Soviet Union and Eastern Europe.

It affected Russian relations with Poland. [And later in the year] the Hungarian people took Khrushchev at his word—you’ve given us personal freedom, Hungary wants to break out of the Soviet camp.

Khrushchev had an important decision facing him—do you crush Hungary’s effort at political independence, or do you allow them to go their own way? Khrushchev decided there was no choice but to crush the revolution. When he crushed it, unwittingly he also crushed the spark of freedom in Russia itself. 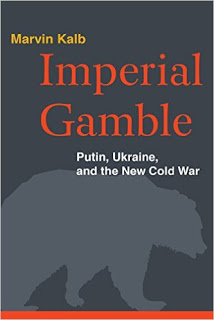 Q: How would you compare the Soviet Union of 1956 with Russia of today?

A: In 1956 Russia was 11 years removed from World War II, during which Russia lost an estimated 30 million of its people. No Russian family was exempt; everyone lost somebody.

During the war, the United States provided a great deal of economic and military assistance, shipments through the Murmansk port—the Russian people never forgot this.

In 1956, even though I was a diplomat, when I traveled through the country, I was received warmly. The Russian people admired and embraced the relationship with the American people.

Q: Can you say something about how the book’s title was chosen, and what it signifies for you? 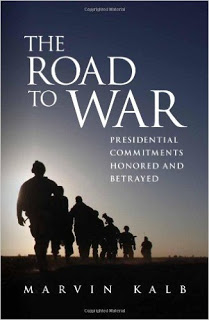 In 1956, at a July 4 reception at the residence of the American ambassador, Nikita Khrushchev arrived with the whole Politburo. There were only four of us at the embassy who spoke Russian. Ambassador Bohlen assigned me the opportunity to look after Marshal Zhukov, the minister of defense. I was delighted.

I read up on Zhukov, and learned that he enjoyed his vodka. We took a walk and I asked him about the Battle of Stalingrad. He answered, and as he answered, he was given the opportunity to drink one vodka after another. He had eight tumblers. Every time, I drank water, but he thought I was drinking vodka. He got a bit tipsy.

Khrushchev indicated it was time to go, and Zhukov said, I have finally found a young American who can drink like a Russian! Bohlen knew I didn’t drink, and he looked at me quizzically.

Khrushchev loved the idea of a young American drinking like a Russian, and asked me, Do you play basketball? I said, Yes, of course, I used to play in college.

He said, We have the finest basketball team in the world. I knew that was not true, but I didn’t want to create a problem. I said, On any given night, maybe the Amreican team could beat the Russian team. He said, No, the Russian team would be first. Ambassador Bohlen said, We’ll have a competition. 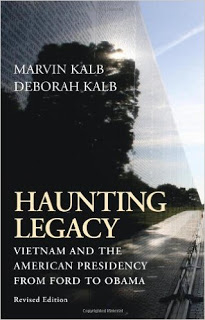 When I went back to Russia for CBS, he would point to me and say, Here comes Peter the Great, let him through! Every now and then, I was able to get through to him with the microphone, and that was very important for CBS.

The Peter the Great label is one I cherish, and I thank Nikita Khrushchev for giving me that nickname.

Q: Are you working on the next memoir?

A: That would be an exaggeration. I’m trying to think through what would be in the next volume. It would be from 1957-1964, the Khrushchev period. I spent many years in Moscow for CBS, and in 1963 I came back and CBS appointed me diplomatic correspondent.

Khrushchev was kicked out of power in 1964, which coincided with China exploding a nuclear bomb and our deeper involvement in the Vietnam War. It seems a good place to stop the second volume.

I am now 87 and I cannot guarantee longevity, but in the time I have I will continue the second and possibly a third.

A: Russia is a fascinating country. It was my privilege to be there as a young man with an interest in Russia at a time when Russia was living through a phenomenally important moment.

I met Russians all through the country, and I even visited the place where my mother was born, a region of Kiev called the Podol, largely a Jewish ghetto. I met a man, a tailor, who asked me questions about my family. I told him and other Jewish people at the synagogue there that my mother was born there.

They were excited—they asked her name, and I said Bluma, the Yiddish for Bella. The tailor asked, What did her father do? I said he was a furrier. He asked his name, and I said Wolf Portnoy. His eyes lit up, and he said, I remember them. And I burst into tears. It was an extremely emotional moment. It was very exciting, and I got as much of it into the book as I could.

--Interview with Deborah Kalb. Yes, Marvin Kalb is my father, I am proud to say! Here's a Q&A with him about Imperial Gamble.
Posted by Deborah Kalb at 8:17 AM