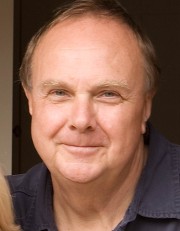 Derek J. Taylor is the author of the new book Who Do the English Think They Are?: From the Anglo-Saxons to Brexit. He also has written Magna Carta in 20 Places and A Horse in the Bathroom. He was a correspondent for Independent Television News and chief executive of Associated Press Television News, and he lives in the Cotswolds, in the U.K.

Q: How did you come up with the idea for Who Do the English Think They Are?

A: It began with the Brexit vote in June 2016, which showed up a big difference between the English and the other home nations. The Scots of course voted overwhelmingly to stay in the European Union, as did the Northern Irish, and the Welsh voted only narrowly to leave the EU.

The English, however, voted by a significant majority to leave. This all made me think how the English have a separate national identity. So, I wanted to find out what makes the English so... so English. 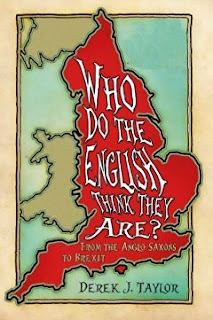 A nation’s character is moulded by its history. And I tracked down the origins of English respect for the rule of law, tolerance and a love of political stability. But too, when I reached Victorian times, I found myself investigating the arrogance and snobbishness that have sometimes blighted English behaviour.

Q: How did you research the book, and did you learn anything that particularly surprised you? And how did you select the various sites you visited in the course of working on the book, and were there some that you especially enjoyed?

A: I began life as a historian at Oxford, but then went on to become a journalist - I worked as an international correspondent for Independent Television News. And I approached the book with both a historian's and a reporter's hat on (No, only one head, though I could have done with two at times!). 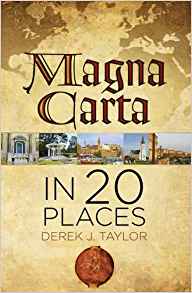 I researched in archives and libraries to get to the bottom of the whys and hows of English history. But then I went to 20 places, battlefields, churches, remote islands, a slum, and many more places which, over 1,600 years, have shaped the English sense of themselves.

I talked to English people visiting them, and to foreigners too, and I tried to re-live the past through these various sites.

And favourites? Top of my list was what was hidden at the bottom of a garden in suburban Peterborough. There - in among the kids' trampolines and dad's flower beds - were the remains of an 800-year-old middle-class house.

But the real treasure was inside - a room decorated with one of the finest collections of medieval wall paintings anywhere in Europe.

Surprises? I discovered that for 150 years in the later Middle Ages, England was a mere backwater in a French Empire. The language and culture of the country at all levels of power were French.  And it was touch and go, whether the English would be wiped out - for ever! 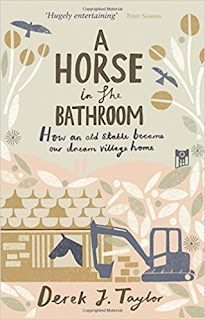 Q: In the book, you ask, "So, what about the future? Was Brexit a mistake? Or will it turn out to have been a smart move?" What do you see looking ahead?

A: Was Brexit a mistake? Well, I'm going to hide behind the historian's time-honoured defence: it's too soon to tell. But in the book, I do ask - and answer - the question: what is it is in their national character that will help guide the English people now? I won't spoil it for you by revealing the conclusion I come to. You’ll have to read the book.

A: The next book is as yet a secret. But what I can say is that - like Who Do the English Think They Are? - it takes a very topical issue and tracks back through history to see how we got here.