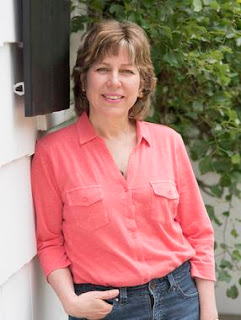 Suzanne Chazin is the author of the new mystery novel A Place in the Wind, the fourth in a series featuring detective Jimmy Vega. Her other books include No Witness But the Moon, A Blossom of Bright Light, and Land of Careful Shadows. Her work has appeared in a variety of publications, including The New York Times and Family Circle, and she is based in suburban New York.

Q: Your new novel focuses in part on the issue of DACA, which is very much in the news today. Why did you choose that as one of the subjects of the book?

A: You know how long it can take to write a book. I started this in the spring of 2016. There was a sense that Hillary Clinton was going to be the next president, and there was a dark horse on stage with Donald Trump making strong statements about immigration. I saw the story following, but dismissed it.

But I was intrigued by the idea of someone like him who took a local issue and magnified it through the lens of immigration. DACA was a desperation move by President Obama who tried to [help the Dreamers] and finally created an executive order. 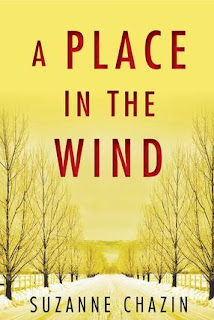 I felt it would explode in the future—either someone like Hillary Clinton would be in office and would change it into eventual citizenship, or DACA would become a road to nowhere.

I spoke to the Westchester Hispanic Coalition and asked, Is there someone this would affect? They introduced me to someone who became a good friend. It’s something near and dear to my heart. Unlike most of immigration, it’s a clearer issue. They came as children, and you’re talking about people who are American in everything but a piece of paper.

Q: So did you need to make changes in the book given the Trump administration?

A: The election happened when I was finished. I was intrigued early on. I thought [I would be] writing about someone who was going back to being on television saying “You’re fired.” It was almost dystopian.

[This character in the book] would talk to Jimmy about facts and truth. I made that up! Donald Trump has been a figure in New York forever. I’m not saying this character is Donald Trump. By the time of the election happened, the book was finished. What it is, it was.

Q: Your character Wil, who’s part of the DACA program, discusses his status being very difficult.

A: For DACA kids, there has always been this question, they can’t vote…a lot of fields are not open to them. The greater America is waking up to what DACA means, but for DACA kids it has been nonstop.

Q: How do you see the dynamic at this point between your ongoing characters Jimmy and Adele?

A: They’re the mainstays of the series. They’re not going [away] as a couple; they’re monogamous. But they’re very different people, and that becomes a constant source of difficulty. They don’t see the world the same way, but they really respect each other. In No Witness But the Moon, Adele had to put a lot aside. We needed a chance for Jimmy to be there for Adele.

People’s emotional tenor can change on a dime when something’s close to them. A young girl teaching at an immigration center and disappearing—you see how the town would react, how Jimmy and Adele would. She has a child who’s underage at home, she’s a working mother. Jimmy is past that—his daughter is in college, but he has growing pains with her.

Q: How did you choose the title for this new novel and what does it signify for you?

A: Alejandra Pizarnik is a Jewish poet. One character is a Holocaust survivor. It was appropriate to pick a Latin American poet who is also Jewish. The actual quote—I was taken with a “place in the wind”—it’s that DACA sense that you’re building something permanent and the wind comes and it’s gone….Even [the character] Max Zimmerman, in Poland, Cuba, even here, he’s striving, rebuilding [after his life was destroyed during the Holocaust].

A: Voice with No Echo. It’s from a poem by Julia de Burgos, a Puerto Rican poet, "The Quietest One." I’m working on domestic violence, but it’s not just limited to immigrants. Also, Jimmy has someone important from his past in the fifth book, his half-sister. There’s more about his music and his life with his band.

I’m still concerned about these [immigration] issues…Readers will say I didn’t guess the ending so I really loved the book. Others take other things [from the book]. I’m ok with both those readers. I hope people will get these issues after reading the series.

A: If people are curious about why DACA is a big issue, this is an interesting book. This is a cautionary tale about a whole town. It’s about Jimmy and Adele, but it’s about what happens when people lose their trust and faith in each other. It’s almost like a three-act play. A stranger comes to town, in the guise of an ambitious politician, and undoes the town.

--Interview with Deborah Kalb. Here's a previous Q&A with Suzanne Chazin.
Posted by Deborah Kalb at 8:26 AM