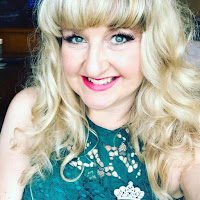 Teri Wilson is the author of the new novel Royally Romanov, a modern retelling of the classic film Anastasia. Her other books include Royally Roma and Unleashing Mr. Darcy. She is a contributing writer at HelloGiggles.com and Teen Vogue.

Q: This is the second in your "Royals" series--why did you decide on a modern retelling of Anastasia this time?

A: Actually, it was my agent’s idea. We were brainstorming classic movies with royal themes that might make fun retellings, and as soon as she mentioned Anastasia, I positively swooned.

I’ve always been fascinated with the Romanovs, and of course I’m a huge fan of the animated Anastasia movie, as well as the original 1956 film starring Ingrid Bergman. I couldn’t wait to get started on it. 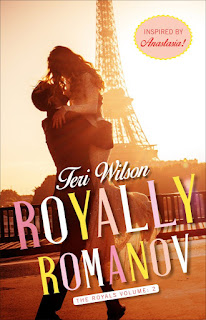 Q: How did you research the book, and did you learn anything surprising in the course of your research?

A: I’ve always had a keen interest in the Romanovs, so I knew a lot about them already. That being said, I did a lot of research for this book. Even though my novel is fiction, I wanted the story to be as grounded in fact as possible.

The biggest challenge I faced was that DNA evidence recently proved that Anastasia died alongside the rest of her family in 1918. What I didn’t realize is that the Russian Orthodox Church has refused to accept the DNA findings as accurate. As soon as I learned this, I knew I found the factual loophole I needed for my book.

Q: What did you see as the right combination of your modern-day plot and the original film? 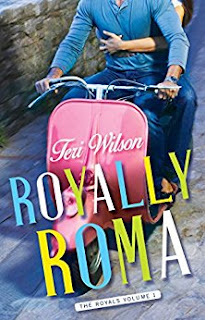 A: I write contemporary romance and I really love taking classic favorites and giving them a modern spin. So I knew I wanted the story to take place in the present day, which meant either the hero or heroine would be a descendant of Anastasia. I chose the hero because I thought it would be fun to switch up the gender roles.

Like the original, though, I wanted to give my Romanov character amnesia, so a lot of the story would revolve around the mystery of his true identity. I’d never written an amnesia story before. It definitely was a challenge at times, but so much fun. I also love the ending of the original film (no spoilers!) so I wanted to find a way to honor that conclusion in Royally Romanov. 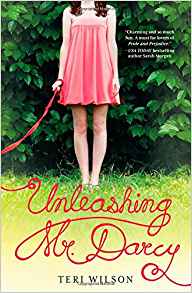 A: Some of my favorite romance authors are Lauren Layne, Maisey Yates and Sarah Morgan. My favorite women’s fiction writers are Jojo Moyes and Liane Moriarty. I also love Emily Giffin to the extent that I’ve traveled to three different cities for various book signings she’s held.

A: This summer I was invited to judge the Miss United States pageant, which was ridiculously fun. So right now I’m working on a new pageant-themed romance.

A: Just that Royally Romanov isn’t only an Anastasia retelling. It’s also somewhat of a love letter to Paris. I wrote this novel right after I traveled to France for the Les Romantiques book festival, so much of the setting in the book is based on real places I visited during my trip. There’s no place on earth quite as romantic as Paris!

--Interview with Deborah Kalb. Here's a previous Q&A with Teri Wilson.
Posted by Deborah Kalb at 7:10 AM