Deborah Beatriz Blum is the author of the new book Coming of Age: The Sexual Awakening of Margaret Mead, which focuses on the anthropologist as a young woman. Blum also has written the book Bad Karma, and has been a writer-director for programs on the National Geographic Channel, the Discovery Channel, and the History Channel. She lives in Los Angeles.

Q: You write that you had a chance encounter with Margaret Mead many years ago. How did that lead into the idea for this book?

A: From that time when I had a brief encounter with her, I became interested. I started to read her memoir and other biographies about her. I kept coming back to the early years, her coming of age.

There were a couple of reasons. I thought about when I met her, that it was a challenging time for me to figure out my own place in the world--especially in my 20s, that was very hard. I looked at her. She struggled with that herself; she had all these adventures. I wondered, how did she do it?

The other thing is that my own career involved working on television documentaries, many of them biographies. For me the most important time of a famous person’s life is before they become famous; for many, those are the times of utmost confusion…

With television documentaries you’re stuck in the format, having to cover the person’s entire life. The story peters out after they become famous. I wanted to break the mold, and write a biography of someone very famous without any mention of the fact that they did become famous.

That disturbs some of my readers. For me, it’s a breakthrough to stop the story there. Out of the darkest moment come ideas that perhaps shape and form an individual.

Q: You begin by discussing the importance of letters. Were those letters between Mead and her correspondents the main focus of your research?

A: Absolutely. Even though I had read other biographies [of Mead] and biographies of other individuals depicted in the book, when I realized I wanted to focus on [these] five years, in Margaret’s memoir Blackberry Winter it whitewashed that period of time. I realized I would have to do as much as I could. In her letters, I could see she was maddeningly circumspect, very withholding in certain kinds of ways. 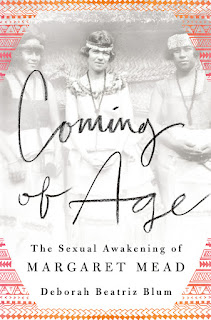 When I found out there were lots of letters at the Library of Congress, I was lucky enough to find a researcher who could go in there. She took high-resolution digital photographs of thousands of letters.

These people were indefatigable letter-writers. They spilled out their guts, except Margaret, who was somewhat withholding. It was exhausting to go through them. Very often they were difficult to decipher. I would have to go to members of my family [for help].

The great thing was that I had these in my computer to reference any time I wanted. I was able to piece together day by day, [including] what the weather was like.

Q: How well known is this early period in her life?

A: Her main biographer, Jane Howard, did a wonderful biography, Margaret Mead: A Life, published in 1986. She spent six years interviewing hundreds of people about Margaret Mead, and she never knew Margaret and [anthropologist] Ruth [Benedict] had this affair. She sensed Ruth loved Margaret, but she never knew about it.

Since 2009 when the letters were released into the public domain, there have been some biographies written about these relationships, in an academic style.

I feel the story itself is so interesting that I wanted—I’m not an academician—to do it in the only style I’m able to do it in, to bring it to life in such a way that people who maybe hadn’t heard of Margaret Mead could read and enjoy it, and read it like a novel. I felt this was the most suitable way.

Q: How would you describe the interactions among her and the other main characters in the book? 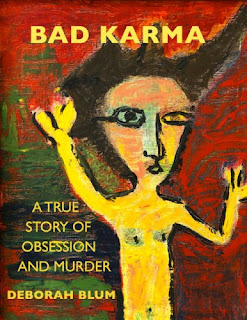 A: First, I would say about Margaret Mead that she was a very determined and ambitious young lady at a time when that kind of behavior was almost unheard of. Those kinds of women can be difficult to like even now, i.e. Hillary Clinton—so focused, so ambitious, it’s in one sense difficult to accept her in that way.

But she obviously had a charisma about her that she was able to attract these four other people in the book who fell in love with her. With the ménage a trois at the center of the story, Margaret wanted something she couldn’t have. At the end, she ended up getting it, but didn’t want it.

That part of her personality that was so assertive and wanted to experience life to the fullest pushed her to try to go after men and women who were out of reach. That was a driving force in her life, as it is in a lot of people’s lives but it’s hard for many of us to admit that.

In a way, Margaret was on a quest to experience as many things in her life as she could—in a personal sense, to have relationships with people who were inaccessible. Then when she got them she didn’t know what to do with the relationships.

And also [she wanted] to see as much of the world as she could, and that’s what she ultimately brought back to America, and what changed the social landscape.

A: Of course when you finish one project it’s like being an empty nester. Everybody said, aren’t you excited? Actually, I said, no, I don’t like the promotion part! But I’m happy I found another story I’m starting to research. I’m excited about it.

A: Because of the kind of story it is, about anthropologists, because I’m just focusing on that short five years and I wanted to get an intimate look at her life, I had to tell the story from three other points of view.

It gave me the opportunity to explore the early years of anthropology in the United States. It was a really fascinating time. They were like adventurers. It was the only field women could go into where they could be adventurers.

Because it was anthropology, I wanted to give a sense of the culture and the landscape the people were visiting. As a documentary writer and director for many years, I’m used to telling a story in a visual way—I had to bring to life the way things looked and felt. I was lucky to have the letters. What I read about anthropologists doing their work—very few give that sense. I’m hoping to do that with this book.