Christopher Bollen is the author of the new novel The Destroyers, which is set on the Greek island of Patmos and focuses on two old friends. He also has written the novels Orient and Lightning People, and his work has appeared in a variety of publications, including GQ and The New York Times. He is the editor at large of Interview magazine, and he lives in New York City.

Q: How did you come up with the idea for The Destroyers, and for your characters Ian and Charlie?

A: I’m such a place-based writer. Everything is focused around a geographical setting. I think of where I’m going to set a novel, and that defines the whole story. It’s not a story looking for a place, it’s a place, and whatever situation is on the ground will determine what happens.

In the early 2000s [I heard about] people recommending Patmos as a jet-set island. How do two totally separate realms overlap?

I finally got there in 2012. It’s so beautiful. It’s filled with strange Christian history and also with indulgent hedonistic European vacationers. It was hard not to write about it! 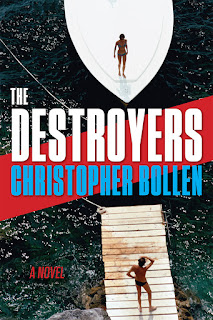 Q: And how did you come up with Ian and Charlie?

A: It’s about how I was perceiving relationships in my life. I hadn’t really written about wealth before [except] about artists and self-earners.

In metropolitan cities, you come across people with inherited wealth. I don’t judge—they’re extremely smart and gifted—but it fascinated me. I grew up having to earn and stretch every penny, and was fascinated by their decision-making process and how they live.

I set up Charlie and Ian as an example of that. Because I get to live in Manhattan, even within a wealthy bracket there are all kinds of wealth. There are just millionaires, and then there are billionaires. Ian is from a moneyed but not an indulgently wealthy family, and Charlie is from billionaire funds.

You have different views about childhood friendships. At 20, you want to escape the friends of your youth. At 40, you try to reconnect, to find that they’re not interested. 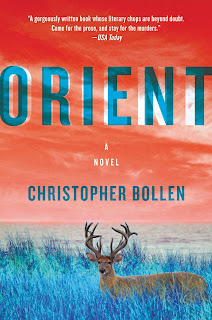 It was a yearning to talk about the bonds of friendship. Ian and Charlie are friends as kids, and they’ve drifted apart. When you’re out on a limb, thrown into dire straits, you reach out to those people who have known you longest, and remember you as innocent. It interested me.

Q: Your work has been compared to that of Patricia Highsmith. What do you think of the comparison?

A: I love Patricia Highsmith. It’s humongous fun—it’s an honor. [In a sense] we’re not that similar because she’s so concise and tight and I’m more verbose, but I do love the psychological buildup she provides. She sees something beautiful, and describes the muck around it.

She’s such an astute psychological writer. She strips out all formalities and is not afraid to make them ugly. [Her characters] want something and go after it, and it cuts out all the niceties. She’s a lover of lifestyles—Ripley is very much about Dickie’s hedonistic Italian lifestyle—but she’s a bit of a destroyer. 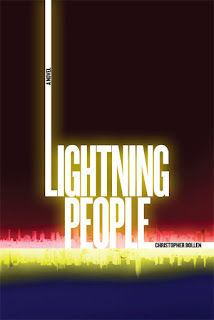 A: I don’t know where [my novels are] going. For all the books I’ve written, I start with no idea of what the reason is. I have a faint vision of what I think will happen at the end; however, if a better story occurs to me, I give it complete freedom. It’s dangerous—you can paint yourself into a corner!

There’s always the postmodern impulse to say, What if we don’t even say what happens? That’s kind of a cheat.

A: I have started two books. I have no business writing two at a time! My first novel, Lightning People, was set in Manhattan and they were trying to get out of Manhattan. Then I went to the North Fork of Long Island with Orient. Then to Greece. I’m going to write one set in Venice and another in South America—hopefully!

It’s exciting. Venice is very hard to write about; it’s been written about so much. It’s a bit like New York—people know it very well, and you can’t really cheat. I love that city—I lived there for six months when I graduated from college.

[I’ve heard,] You should write shorter books. I would love to, but it’s very hard to say, Don’t write that scene.

A: I knew I was taking a risk writing on the rich—I hope people don’t see it as a book about spoiled rich people, without value. Money is a fascinating substance, and unfortunately it’s a big part of everybody’s day-to-day life, so it merits some focus. I wanted to pick at the corrupting influence of money.