Rafael Alvarez is the author of the new story collection Basilio Boullosa Stars in the Fountain of Highlandtown. His other books include the story collection The Fountain of Highlandtown, published 20 years ago, and Crabtown, USA. He spent many years as a reporter for The Baltimore Sun, and also wrote for the TV series The Wire. He lives in Baltimore.

Q: This new book marks the 20th anniversary of the original Fountain of Highlandtown collection. What is the relationship between the two?

A: The original Fountain of Highlandtown (​Woodholme ​H​ouse, 1997) was my first book, ​a short story collection, ​long labored. The publisher, Gregg Wilhelm, another Baltimore boy, became aware of my fiction when the title story won an award ​judged by James Alan McPherson (1943-2016) ​and was published in the now-defunct Baltimore Sun Sunday Magazine.

It was ​Wilhelm's first book as well. Together we leaped into the world of letters, became friends and kept ​hard at our chosen vocations.
​​
Twenty years later, as sort of a curtain call to his time with the CityLit Project (​a literature advocacy non-profit, ​founded by Wilhelm with its own imprint), Gregg suggested an anniversary edition. 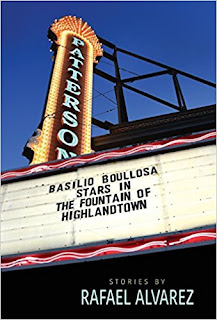 I was very keen on th​is​ but didn't want to simply re-publish old stories, many of which I don't ​much ​like anymore. So I took the title story and its protagonist (my ​paint-splattered ​Eugene Gant) and used it to present stories written over the past two decades that feature Basilio the ​Painter of Seafood ​Sign​s.

Q: You write, “Now, two decades and many books down the road, most of the stories in The Fountain of Highlandtown read to me like small talk about stick figures. All but that first one, my lucky charm.” How has your writing changed over the years?

A: After working this apprenticeship for 40 years, sometimes I feel as though I am plumbing the deeper reaches of human experience
with language that was beyond me as recently as the day before yesterday​. But because my storytelling has become more digressive and circular as I age -- one step forward, two steps back, "Hey! Look at that!" -- I can look at the stories (especially once published when there's nothing to be done about it) -- and think, "This is gibberish."

What Basilio Boullosa Stars in the Fountain of Highlandtown displays (all in one place) are the hints and clues -- Easter eggs in the ​Crabtown​ colors of orange and black -- hidden ​throughout work. ​ 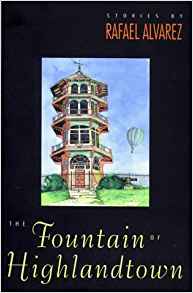 If you read the new book from beginning to end -- Basilio at age six on through his death decades later -- and are able to keep track of those clues, the stories vibrate more powerfully than when read independently.

My intent is for ​the whole kit-and-kaboodle ​to be amplified exponentially when the next book comes out and ​then the next, everything built upon the stories that came before them: ​One monumental tale from the margins of the histories of the Baltimore working class...

Q: What do you think your stories say about Baltimore and its neighborhoods?

Q: Who are some other Baltimore-based writers that you admire? 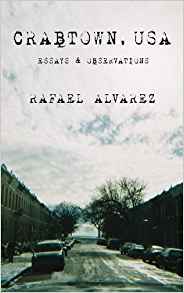 A: Living? Antero Pietila, author of Not in My Neighborhood, a super-researched study of institutional racism in Baltimore ​by-way-of ​real estate practices ​and covenants ​going back to the early 20th century.

A: A novel -- a large panel in the Orlo and Leini epic -- titled Orlo the Chicken Necker [1931] -- which pivots on the mystery of chance and a race between a motorcycle and a junkman's horse and wagon at a gutted Catholic church in West Baltimore called St. Barnabas.

Q: Anything else we should know?
​
A: On July 11, 2017, I commenced a do-it-yourself, seat-of-the-pants book tour via Greyhound bus and an old leather suitcase filled with my new book and a few of the old ones.

I read in Washington, D.C., Carrboro, N.C., Pawley's Island, S.C., Atlanta, Nashville -- took a day off to visit Graceland in Memphis -- hopped a train from Memphis to Chicago pretending to be Muddy Waters with a school composition book in my satchel instead of a cherry red Telecaster -- took the train from Bellow-ville to Ithaca for a reading promoted by the Cornell University Press and then vacationed for a day or so on the Jersey Shore with my son -- the cartoonist M. Jacob Alvarez - before returning to Baltimore in early August.

--Interview with Deborah Kalb. Here's a previous Q&A with Rafael Alvarez.
Posted by Deborah Kalb at 7:05 AM