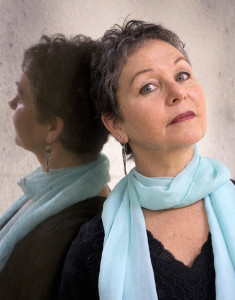 Elizabeth Rosner is the author of the new book Survivor Cafe: The Legacy of Trauma and the Labyrinth of Memory. She is the daughter of Holocaust survivors. Her other books include the novels Electric City and The Speed of Light, and her work has appeared in a variety of publications, including The New York Times Magazine and Elle. She lives in Berkeley, California.

Q: You begin your new book with what you term “The Alphabet of Inadequate Language.” How did this idea come to you, and why did you start the book this way?

A: One day it just came pouring out of me. Language is something I think about all the time. There’s a chapter called The S-Word, about the problematic issues I have with the word “survivor.” I’m aware of how much we pack into a single word.

The language associated with the Holocaust feels so meager to me, and how we got so casual about it…loaded bombs should be going off every time we say these words. It just became part of the conversation. I started listing words alphabetically that had that kind of condensed power…

It was a compendium of everything I really wanted to cover in the book. I kept wanting to go back and do more, but by putting it at the beginning, it creates a hovering effect, a ghostly umbrella of words introducing you to the scope of the conversation—you’re joining a big conversation, and these words are a part of it. 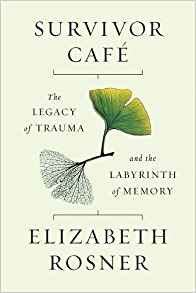 Q: Speaking of words, how was the title “Survivor Café” chosen, and what does it signify for you?

A: The title really chose itself. When I was back from Germany, a trip for the 70th anniversary of liberation, I was visiting with my editor and started describing the event to him.

It’s the way the two words sit uncomfortably next to each other. It was an event young Germans had organized. My editor said, get out a pad of paper, that’s your next book. I was working on a novel, which I set aside. As I say in the author’s note, I had been writing this book my whole life. Essays, poems, journal entries.

The image of “survivor café” for me is an overarching image, the imagery of history as a conversation, and that “survivor” isn’t limited to the people we usually think of.

The liberators of the concentration camps also survived something, the descendants of the perpetrators have to live with their legacy. It’s about expanding the language, and see how much these individual words are asked to contain.

Q: How much did you know growing up about your parents’ experiences during the Holocaust, and how do you feel those experiences have affected you? 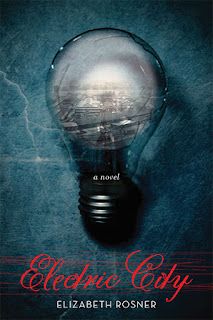 A: I think I have a line in the introduction about not being able to remember when I first heard their stories, but I think I always knew them. It wasn’t like they sat us down one day—it was the air we all breathed. There would be mentions at the dinner table about my father being in a concentration camp, or my mother nearly starving in the ghetto.

When I try to explain the effect on me, it’s not like I knew what it was like growing up in a different way. When I got older, I started meeting people in the second generation who had survivor parents who didn’t talk about it. My imagination was captivated by that.

In some ways I’m grateful that my parents hadn’t been silent. But there were times I felt perplexed by it, or burdened by it. I don’t want to say I felt traumatized by their experiences in a simple way, it’s so not simple, but there were times when hearing the stories were upsetting.

Partly because I was so helpless to do anything and I didn’t want their lingering fear to be part of my experience, like a catastrophe always lurking, and yet as I found out later, it turns out to be an involuntary inheritance. It was in spite of what they said or did.

Also, there was a part of me that consciously tried to resist these things—that non-Jews hated me or were out to get me. I didn’t want to believe in a separation between us and them. I went out of my way to create connections. A lot of my closest friends when I was growing up were not Jewish. 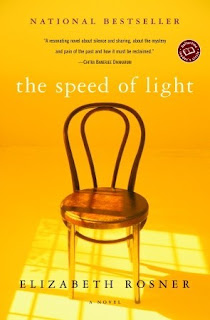 Q: How do you think these memories will continue to be passed along in future years?

A: That’s the big question for me. It’s an underlying motive for writing the book now when the survivors are still here. I’m concerned about how much we’ve already banished to the background, and how much vocal resistance there is to remembering—Enough already, what good does it do us?

Some of it, I understand. It’s painful, it’s unpleasant, it’s frightening, it can engender more hatred and fear. But I still don’t accept that it’s useful to put the past behind us. We humans prove over and over that we’re not good at learning from our mistakes.

Looking at history is not just to learn about how tragedy happened, but what we’re capable of at our best—people who behaved heroically in the face of terrible consequences. These are important lessons to give us hope. It’s not either-or, you include the whole story.

To look at the big picture as a human story, I don’t want to limit this to Jewish history lessons. I made a commitment to myself to include other genocides and atrocities, to keep looking at what we can understand about our human capacity for evil and for good.

A: I’m experimenting with turning my attention back to the novel I had set aside. It’s an odd moment to detach from the book when I’m about to go on a book tour, and I just recorded it for an audio book. So I’m both holding my connection to this book and just listening for the sound of the narrator in the other book. She’s still there! We will connect!

A: In terms of the present moment and my feeling of urgency about this material, maintaining our sense of individual and collective responsibility, looking backward and forward into the future, it all has to do with how we handle the present moment.

Are we capable of turning to what’s best in us, when we’re faced with a vivid example of what’s worst in us? It’s a privilege to participate in a conversation about who we are and who we want to be.

As a writer with a new book out, you always hope the conditions are ripe for whatever your book happens to be about, but I can’t say I wished for this. I still wish we were in a much more evolved place; we’ve really regressed.

It’s a bitter moment to feel this conversation is needed now more than ever. I humbly offer my voice to the bigger dialogue, and look forward to hearing what other people have to offer.

--Interview with Deborah Kalb. Here's a previous Q&A with Elizabeth Rosner.
Posted by Deborah Kalb at 7:16 AM