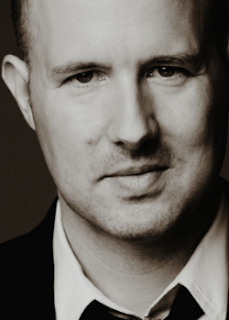 Estep Nagy is the author of the new novel We Shall Not All Sleep, which takes place in Maine in the summer of 1964. His work has appeared in a variety of publications, including Southwest Review and The Believer, and he wrote and directed the film The Broken Giant. He also has written a number of plays.

Q: How did you come up with the idea for We Shall Not All Sleep, and for the two intertwined families who feature in the story?

A: In my experience WASP relationships, even the intense ones, have a kind of silence at their center. They often seem a bit cold, especially when seen from the outside, but in compensation there's this rich interior ambiguity that can sometimes feel like poetry. That’s where the book started, I guess, in trying to populate that silence.

I know the world from growing up in Philadelphia, which is one of the last bastions of the old WASP infrastructure, although I went to Quaker school and my mother is a sort of lapsed debutante from outside of Pittsburgh.

I went to college at Yale, where it was impossible to miss the complex relationships coming out of the wealthy towns and neighborhoods of the Northeast U.S., the private schools and colleges — relationships rooted in where one grows up, those schools, friends, friends-of-friends, friends-of-parents, certain kinds of work, even war — and I had the clear sense that such complexity breeds strange but compelling intimacies.

It’s more than just what you might see in a small town, for example, because this crowd overlaps in multiple cities as well as other places, like the Maine Coast, and the connections across those lines really matter, as do the number and variety of them. 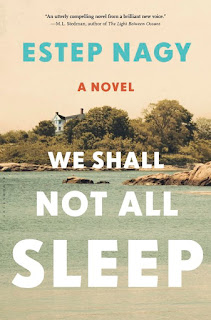 An example from the book would be how Jim Hillsinger and Billy Quick on the one hand hate each other but on the other share an island and have known each other their whole lives and married sisters.

They have this almost total shared frame of reference, even if their stances toward it are different and they inhabit different, fiercely-guarded quadrants of the larger circle. Their hatred is of a very intimate caliber, which to me is interesting.

Q: The book is set in 1964, during the Cold War. Why did you choose that time period, and did you need to do much research to write the novel?

A: I’m drawn to people who have callings, and I admire the Cold Warriors' sense of public purpose, which for better or worse was almost 100 percent focused on foreign policy.

I did do a fair amount of research for the book, but I’m afraid it wasn’t very disciplined. For example, I spent some time in the Beinecke Library at Yale, where improbably they have the undergraduate papers of James Angleton, the former head of CIA Counterintelligence, who has a cameo in We Shall Not All Sleep.

He edited a literary magazine at Yale, and in his letters you can really see his mind working, which was helpful. And the Yale English Department, where both Angleton and I studied (50 years apart), is all over the early history of the CIA.

The CIA plotline, by the way, is based on historical events, where two defectors named Golitsyn and Nosenko arrived a year or so apart in the early ’60s and the debate about their authenticity was fierce and cost many people their careers.

I actually submitted Freedom of Information requests to the CIA for the final agency determinations on the case, which date from 1981, and both my request and the appeal I filed subsequently were denied, presumably on grounds of national security.

Q: How important is setting to you in your work? Could this novel have only been set on this particular Maine island and its surroundings?

A: On a technical level, setting is fantastically important -- it sets the rhythm both of the story and even of the writing.

Geographically, Maine is unique and irreplaceable. It manages to feel both raw and philosophical, at least the coast feels that way, and in the WASP pantheon Maine looms very large as both a refuge and a marker of status.

Also, as far as the book is concerned, having just the two families on the island makes for a strange form of intimacy, which I think is crucial here.

A: The title is taken from a passage in First Corinthians — “We shall not all sleep, but we shall all be changed.” I love the implication of chosen-ness, of the possibility of transformation. I’m not sure what (good) writing is, if it isn’t a sort of transcendental wakefulness.

And those ideas were all very potent in 1964 among those who experienced the Soviet threat most intensely. That passage is also in the libretto for Handel’s Messiah, which features briefly.

And then -- this is sort of inside baseball in my head -- First Corinthians is the name of a character in Toni Morrison’s Song of Solomon, which is a book that I love. So there were different layers.

A: Another book in the same world, with many of the same characters. Pray for me.

A: I’ve been astonished by the relevance of the 1964 Cold War world to that of today. Suddenly Russia is in the news again every day, espionage seems to be damaging our democracy, and we’re told that all over the world intelligence operations are impacting elections, arguably much more so than during the Cold War, where there was immense hysteria around just that.

So for me, the atmosphere of We Shall Not All Sleep feels a bit like a letter from a friend who’s living through something vital, something we all need to learn from.