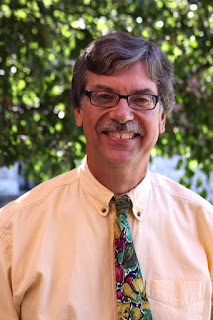 Steve Wiegenstein is the author of the new novel The Language of Trees, the third in a series of historical novels about the fictional community of Daybreak, in the Missouri Ozarks. The other novels in the series are Slant of Light and This Old World. He has taught at a variety of universities, including Centenary College of Louisiana and Drury University.


Q: How did you come up with the idea for Daybreak, the community you've written about in your novels?

A: I'd studied 19th-century utopian communities for many years, while also writing short fiction with a contemporary setting. Then one morning it came to me that I could combine those two passions of utopian studies and fiction writing, while using my home region (the Missouri Ozarks) as the setting.

I had a location in mind that I remembered since childhood and decided to place an imaginary town there. It's got everything I needed from a thematic and descriptive standpoint--a river, a mountain, a lush valley.

So after that the only issue was to populate it! I modeled my fictional community on the Icarians, a real-life utopian community that lived in the Midwest for about 50 years, but altered many of the particular details of their society. So it's a not-real community that has some real progenitors. 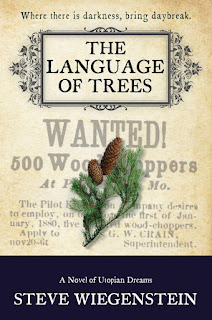 Q: Did you know when you wrote the first book that you'd be writing a series featuring the same characters?

A: Oh yes. The grand scheme is to portray this same location through the years, with generations coming and going, families flourishing and dying out, the town rising and falling.

I'm interested in the American landscape and especially in issues of rural and urban life, so I wanted a country community that could serve as a kind of microcosm of American ideals and dreams as people struggled with changing economic and social conditions over the decades. So a series was always in the plans.

Q: What type of research did you do to write The Language of Trees, and did you learn anything that especially surprised you?

A: For this book I needed to research the social conflicts that occurred in Missouri (and by extension, in all of rural America) with the coming of the Industrial Age.

We think of the main conflicts as occurring in urban environments--the Haymarket riot, the Pullman strike, and so forth. But I learned that rural, agricultural communities were equally affected by the coming of modernity, and that people resisted these changes in some remarkable ways! 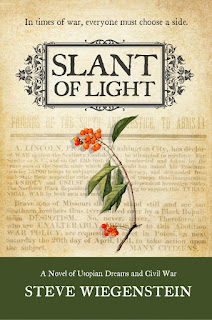 Our commonplace notions about history tend to simplify the ways in which people lived, and the ways they responded to changes taking place in society. So I hope to complicate that picture a bit.

I was also surprised a bit by the degree to which the Ozarks was transformed by the arrival of the big timber operations in the late 1880s. This transformation was cultural, economic, and environmental, and the countryside was never the same again. It's a powerful and under-told story.

Q: You've been writing about some of these characters over several books--how have they changed?

A: This has been the most fun of all! These characters have grown up, aged, deepened. Just to pick one for an example, Charley Pettibone appears in the first book as a rather callow 15-year-old who happens into the community more or less by chance, and who runs off to fight in the Civil War because he thinks it will be a great way to cover himself in glory and make himself a hero to the ladies.

He returns in the second book embittered, angry, a real hard case who has been transformed by his war experience into something very close to a murderer, and who has a terrible time readjusting to peacetime life.

By the third book, he's a husband and father who has tamed (mostly) his wartime instincts and is someone to whom the younger folks look to for wisdom. It is absolutely one of the best experiences of my life to be revisiting these characters as they change. 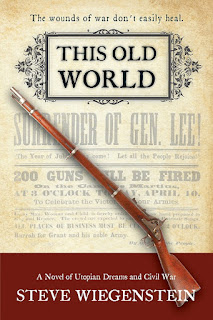 A: I'm working on the fourth novel of the series, which will take us into the 20th century. The Modern Age has taken hold with a vengeance, and inhabitants of the Ozarks are now dealing with a different sensibility, in which country folk are stereotyped as "hillbillies" and considered to be a lesser form of being than the growing urban society, which is bypassing them in technological development and perceived cultural superiority.

But these imagined differences may turn out to be less--and different--than commonly supposed.

A: I love talking with library groups, book clubs, and civic organizations! I get a great charge out of speaking with groups in person, but also do conversations over Skype and other online platforms. Any book club that would like to have me talk with them can get in touch with me through my website and we can work out a date!