Edward Kelsey Moore is the author of the new novel The Supremes Sing the Happy Heartache Blues. He also has written the novel The Supremes at Earl's All-You-Can-Eat, which features the same main characters, and his work has appeared in a variety of publications, including Indiana Review and African American Review. He is a professional cellist, and he lives in Chicago.

Q: Did you know when you wrote the first Supremes book that you'd be writing another one?

A: I knew that there was more to the story of the three main characters of The Supremes at Earl’s All-You-Can-Eat when I finished it and I hoped to return to them.

After my first novel was published, I began working on another, not-Supremes-related novel. But ideas for what became The Supremes Sing the Happy Heartache Blues kept interrupting my work on that book. I decided to write the book that wanted to be written.

Q: How do you think your characters changed from the first book to the second?

A: During the five years since the end of the first novel and the start of the second, the main characters have adapted to the altered lives they were left with after the events of the first book. 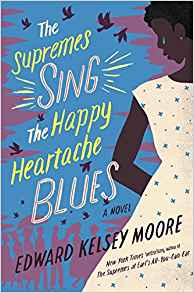 Odette is the survivor of a serious illness now and she has fully accepted the strange inheritance she received from her mother. Clarice has the career she had always dreamed of. Barbara Jean is with the love of her life.

However, in the second book, they are forced to acknowledge that the same problems and challenges that troubled them in the past have remained with them even as their circumstances have changed. So they’ve grown and matured since the first book, but maybe not quite as much as they thought they had.

Q: In addition to your writing, you're also a professional cellist. How do music and writing coexist for you?

A: The skills I’ve learned from a life in music serve me well as a writer. Being a working musician has given me a very thick skin, so the sometimes harsh rejection we writers encounter is not tremendously upsetting to me.

Cello playing has also made the revision process easier for me because I’m very comfortable with the idea of repeatedly returning to the same material in an effort to improve it. And because music was my first language, I continue to use musical forms as the foundations of my novels. 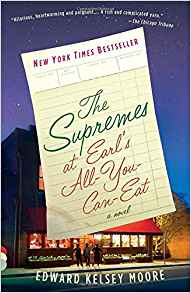 The complicating factors in being a writer and a musician are that writing and music both require many hours of undivided attention and they both demand a great deal of emotional investment. So it’s often a tough to find enough hours in the day to do both jobs as well as I’d like to do them.

But, as problems go, having too much of two things you absolutely love is a very nice problem to contend with. So I just try to play the cello as much as I can and write as much as I can while I have the good fortune of doing both.

A: I have a long list of favorite writers and the writers on my list tend to change frequently as I fall in love with new authors. There are some who never leave my list, though. Five of my all-time favorites are Toni Morrison, Julia Glass, Percival Everett, John Irving, and Charles Dickens.

A: I’m writing a novel about a neighborhood very much like the one I grew up in, a mostly black enclave in a mostly white middle and upper-middle class Midwestern suburb. The novel focuses on three houses and the families who come and go over the decades.

A: Because I’m in the rather unusual position of having been a 52-year-old debut novelist, I always like to remind people that it is never too late to shift your focus and head in a new direction. If you’re willing to work hard and take the emotional risks of seeing yourself in a new way and showing some vulnerability, the rewards can be astounding.