Victor Ripp is the author of the new book Hell's Traces: One Murder, Two Families, Thirty-Five Holocaust Memorials. His other books include Moscow to Main Street and Pizza in Pushkin Square. His work has appeared in the Ontario Review and The Antioch Review. He taught at Cornell University and the University of Virginia, and he lives in New Jersey.

Q: How did your own family story, particularly that of your 3-year-old cousin who died in the Holocaust, lead you to write this book?

A: I was aware that there were already many books about the Holocaust, so many that people talk about a “Holocaust industry.” I wanted to find a way to say something different.

Several years back, walking through Berlin’s Jewish Museum, I came to an intersection of two corridors – one labeled the Axis of Exile, the other, the Axis of the Holocaust.

That Jews had few options as the Nazis took control was old news, but the corridors had a personal meaning for me. My family on my mother’s side, several generations worth including some 30 members, all emigrated and escaped the Final Solution – the Axis of Exile. On my father’s side of the family, eleven members, including my 3-year old cousin, were murdered by the Nazis – the Axis of the Holocaust.

Q: You decided to visit Holocaust memorials as a way to understand your family’s history. What did you learn that was particularly revealing or surprising?

A: The memorials of course honored the six million Jews who were victims of the Final Solution but they also served to show me how my family fit into that moment of history. For example, in the Bayerische Viertel, the Bavarian Quarter in Berlin, there are a series of signs affixed to lampposts at irregular intervals. On one surface there is a pictogram – pair of swimming trunks, in one case, a cat on another. And on the reverse side there is a reference to Nazi laws that progressively constrained Jewish life – Jews cannot swim in public pools, Jews cannot keep pets.

Walking through Bayerische Viertel showed me the Nazis moved step-by-step to a policy of extermination of the Jews. But it also made me consider why did some see catastrophe coming and others did not – why did one side of my family escape and the other get caught in the Nazi trap.

Q: What did you learn about Holocaust memorials?

A: I saw numerous memorials in six European countries. Some of them were just plaques or inscribed pillars. But many of them were highly original – attempts to represent a catastrophe that some have said defies human comprehension.

A particularly interesting memorial is in Harburg, a suburb of Hamburg.  The artist had built a 40-foot-high column that gradually disappeared into the ground. The inscription read: “In the end it is only we ourselves that can stand up against injustice.” 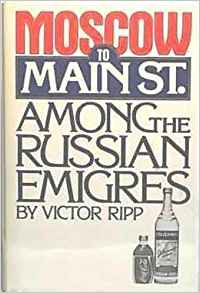 Several memorials I saw confronted the problem of how to represent the disappearance of whole Jewish communities – how do you show an absence? In Budapest, on the banks of the Danube, some 60 pairs of cast iron shoes are lined up. They are in various style – workers’ boots, high heels, children slippers: lives that had been cut short but whose spirit remains.

The memorial with the greatest personal meaning for me was one I saw in a small park in Paris’ Sixteenth Arrondissement. It honors 15 young children who were deported by the Nazis, including my cousin.

Q: How was the book’s title chosen, and what did it signify for you?

A: The main title, "Hell’s Traces," was my effort to suggest how difficult it is to get back to the past, especially with an event as traumatic as the Holocaust. 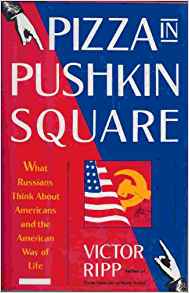 We can locate the machinery of the Final Solution, where it operated, on what dates, the hard facts. But the experience of the victims, how it felt on the ground, escapes full understanding. All we can see are the traces, the fragments of individual histories. Memorials are the tool I used to discover the past as much as is possible.

Q: In the process of writing the book, what do you feel you learned about your family?

A: I already knew a lot, from table talk over the years and also from some recorded memoirs. But writing the book, things crystallized. I don’t believe I learned more, but I learned in a different way.

A: The Holocaust was a singular event in human history but it is also one that is susceptible to different political interpretations, and this is reflected in some of the memorials I saw.

Hungary was part of the Axis alliance and the site of some of the most extreme anti-Jewish actions, but the memorial recently built in Budapest by the Orban right-wing government makes the country appear a victim rather than a supporter of Nazi policies.

But Holocaust memorials can also serve a national mythology in countries that fought the Nazis. The memorial in New Jersey’s Liberty State Park has a helmeted American soldier carrying an emaciated concentration camp survivor in his arms.

The inscription reads, “Dedicated to America’s Role of Preserving Freedom and Rescuing the Oppressed.” This makes it seem the Holocaust was mainly an opportunity for Pax Americana to show its stuff.

But my main impression is how successfully many memorials engage the problem that is the Holocaust – even if it is impossible to fully explain that tragic event, the best memorials make us think about it in new ways.