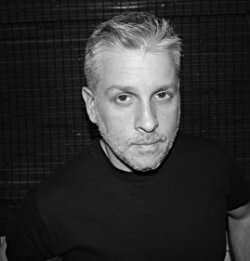 H.A. Callum is the author of the new novel Whispers in the Alders. He is based in Bucks County, Pennsylvania.

Q: How did you come up with the idea for Whispers in the Alders, and for your characters Aubrey and Tommy?

A: I’m not unlike other writers in that I’ve had this story in the back of my mind for some time. It just wouldn’t go away, and I knew it had to be told.

I remembered a few alder trees from my childhood that grew along a riverbank, and how the catkins would cling to the branches long into winter, like skeletal fingers. The entire town of Alder Ferry was designed around that thought, and how the alder trees could come to symbolize a friendship that could survive nearly anything.

Tommy and Aubrey were originally both male, and best friends. But I realized after a few takes at outlining that it had to be different. In the end, I kept Tommy as the shy, bookish kid from Alder Ferry, and introduced Aubrey into the mix.

The daughter of a corporate executive that came to oversee the dismantling of the last-standing manufacturing plant in Alder Ferry, Aubrey was the perfect character to balance out Tommy’s meekness through her strength, resolve, and fearlessness. 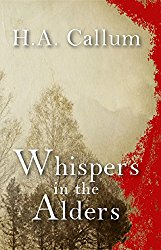 A: I think it’s very important, especially in stories like Whispers in the Alders that are carried by the relationships of the characters. Setting can ground the reader, giving them a sense of time and place that allows the action to develop. I also found that it lends identity to the story.

I considered a few major cities and their outlying suburbs as the setting for Whispers in the Alders, but in the end settled with the fictional town of Alder Ferry. Part of that reason was to allow readers to identify with the setting.

I wanted readers that could personally understand what Aubrey and Tommy experienced to say, “This could be my town,” making for a more intimate reading experience.

A: The original working title was The Alder Retreat. But it wasn’t signifying to me what the story was all about. The alder stand is far more than a place that Aubrey and Tommy escaped to from the challenges of their lives.

Later in the story the true significance of the book’s title is made known to readers. That revelation is among my favorite moments in the book.

A: In the very early stages I had Tommy escaping Alder Ferry via a study abroad opportunity in London, and although he escaped, the outcome was anything but happy. That is very far off from the ending I arrived at.

When the writing began to take shape, I knew how the book had to end. A couple weeks into writing the first draft I outlined the closing scenes of the book, which of course were tweaked here and there, but for the most part remained true to the final copy.

A: I always have several writing projects going at once! Right now, I’m working on another contemporary literary novel inspired by the current state of social affairs here in the United States. I’m very excited about this one! I also have several new poems out on submission, and I am considering a poetry collection, too.

A: There will be plenty going on this summer to support the release of Whispers in the Alders – be sure to check my social media links and website for updates!

I just want to say in closing that none of this would be possible without the entire community of artists, authors, and writers who have supported me and my work. I’m overwhelmed with the positive reception that Whispers in the Alders has received in the days leading up to its release.

It’s been a pleasure speaking with you today, Deborah! My thanks again for helping to spread the word about Whispers in the Alders!