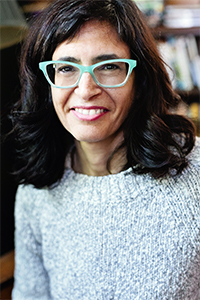 Julia L. Mickenberg is the author of the new book American Girls in Red Russia: Chasing the Soviet Dream. She also has written Learning from the Left and co-edited Tales for Little Rebels. She is associate professor of American studies at the University of Texas at Austin.

Q: How did you come up with the idea for American Girls in Red Russia?

A: It’s a bit of a long story, but as a child of the Cold War, I had been interested in the Soviet Union for some time, and even toyed with becoming a Russian Studies major in college… but back then I gave up studying Russian after two years because it was so much harder than French, which had come quite easily to me.

Fast forward to writing my dissertation in American Studies, and the book that followed it, on children’s literature and radical politics.

Reading radical and also progressive and liberal periodicals in the course of doing that research, I encountered a great deal of material portraying the Soviet Union in a positive light, and repeated emphasis on resources and programs focused on women and children.

This despite the fact that much of the scholarship dealing with the U.S. left says little about the “new Russia’s” significance for a broad cross-section of radicals, progressives and liberals. It was as if scholars were afraid to consider this issue.

I became generally interested in the way in which perceptions of the Soviet Union influenced Americans’ ideas about their own society and their relation to it, and thought of writing something about U.S. education and the Soviet Union as a way of continuing my research on childhood.

But I became interested specifically in women through my discovery of Ruth Epperson Kennell’s Siberian adventures, the subject of chapter three. She got me thinking of the Soviet Union’s particular appeal to American women, which I say more about below, especially as I realized that this topic was significant and also had almost nothing written about it.

Q: What were some of the most common reasons that these women chose to move to Russia?

A: As I discuss in an early chapter of the book, a fair number of women came as relief workers, or “child savers,” during the famine of 1921-1923. Many were shocked by reports of starvation and disease, but they were especially concerned because the famine threatened all that might be. 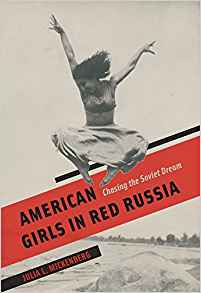 As Helen Keller noted, “I feel more than ‘sympathy’ with the destitute children of Russia… I love them because round them clings the sanctity of the ideals and aspirations, the incredible courage and sacrifice of a people who uphold the hope of humanity…”

Before the revolution there was already a tradition among American feminists of admiring female Russian revolutionaries, whose “tenderness” made them so appalled by injustice that they felt compelled to take up arms.

Later, after the Bolshevik victory, U.S. women were attracted to the fact that women gained the vote right after the revolution, that abortion became free and legal and divorce was simplified, and that a range of measures were put into place to put women on par with men.

Although there were never enough of them and their quality varied, public dining halls, laundries, and other facilities were all supposed to eliminate what Lenin referred to as “household drudgery” and allow women to join the workforce and the public sphere as equal players. Generous maternity policies and factory crèches were supposed to allow women to be mothers and workers.

And all of these measures were thought to facilitate a new ideal of comradely love, wherein economic incentives were removed from marital relations.

Beyond these specifically gendered things, the Soviet Union was the site of the most dramatic events on the world’s stage in the 1920s and 1930s.

It had world-renowned theatre, artistic and literary experiments, music, film and exciting innovations in education, architecture, you name it. Theatre professionals came to train with the most innovative directors of the time. Dancers came so that they might have the experience of embodying the revolutionary ethos in their own movements. 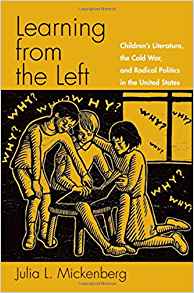 Finally, there was something forbidden about Soviet Russia, whose very existence was a kind of challenge to the United States and all that it stood for. The discomforts one endured to be part of building a new society were part of the attraction, as was the whiff of danger.

In actuality, the discomforts that foreigners experienced were nothing compared to those that the Russian people themselves endured because of the material shortages. And the whiff of danger became very real for some people, especially by the late 1930s, as all foreigners were suddenly suspect.

Q: Did most of the women you researched aspire to live permanently in Russia, or just stay there temporarily?

A: Most of the women I studied at did not see themselves moving permanently to Russia. In fact, the original title of my book was “The New Woman Tries on Red: Russia in the American Feminist Imagination.” I very much saw most of them “trying on” or trying out the “Soviet experiment.”

Women who actually stayed on in the Soviet Union almost inevitably lost the sense of idealism that had brought them there, especially if they gave up American citizenship and the privileges that came with it.

A: I spent more than 10 years working on this book, although I did a number of other things during that time as well.

In addition to reading related relevant scholarship and published magazine and news articles from the time I was looking at, the bulk of my research involved looking at intimate sources (diaries, letters, unpublished memoirs, notebooks, etc.) in archives, and reading those against public expressions.

I was interested in the gap between what people thought privately and what they professed to a wider audience. So I looked at the personal papers of a wide variety of women who had spent time in Russia or the Soviet Union: Ruth Epperson Kennell (at the University of Oregon); Anna Louise Strong (at the University of Washington); Pauline Koner (at the New York Public Library for the Performing Arts); Dorothy West (at the Schlesinger Library); Louise Thompson Patterson (at Emory University); Anna Strunsky Walling (at Yale); Emma Goldman (in several different archives); Margaret Bourke White (at Syracuse University); Milly Bennett (Hoover Library); Jessie Lloyd O’Connor (Smith College); Lillian Hellman (here at UT). 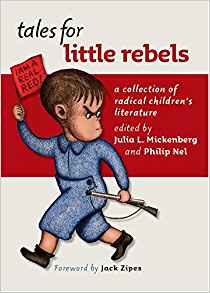 I also looked at institutional records: the American Friends Service Committee (at the Friends Library in Philadelphia) and their British partners (at the Friends Library in London); CPUSA collections (at NYU); the Comintern’s papers (some on microfilm at NYU and some in Moscow); records of VOKS (the Society for Cultural Relations with Foreign Countries, also in Moscow); Intourist (the Soviet travel bureau, also in Moscow); the Socialist Revolutionaries (Amsterdam); settlement houses; the National Woman’s Party (Library of Congress).

I acquired FBI files. I interviewed the children of several people: the son Mignon Verne/Mary Garland, who had spent a year in Moscow with the Isadora Duncan dance school; the daughter of Louise Thompson Patterson, who led a group of African Americans to Moscow to perform in a film about U.S. race relations; the daughter of Seema Allan, who worked as a journalist for the Moscow News, the first English-language newspaper in the Soviet Union.

I guess that’s kind of an overwhelming list, and it’s not anywhere near complete. My biggest surprise in the course of working on this book was that I actually enjoyed studying Russian, and so kept at it longer than I might have, despite how much trouble I had actually learning it.

I started sitting in on Russian language classes just after I got tenure at UT, and I loved getting to be a student instead of a teacher, and taking classes just to learn, without having to be graded.

After four years as a not-very-good student I was able to achieve my goal of being able to work in Russian archives, but a good measure of my skills, especially as a speaker (I did slightly better as a reader), was that in the Comintern archives I heard one librarian say to another about me, “Boy, her Russian is really bad.” Proudly, I answered back, in Russian, “Not that bad.”

In terms of the research itself one thing that surprised me was that my ambivalent feelings about the Soviet Union remain, even after so many years of researching it. There truly was a lot to be excited about, but there was paranoia, repression, and violence, as well as deprivation, regimentation, mismanagement, pettiness, greed, and corruption, on all sides, from the very beginning.

In a way it makes sense that the best book about the Great Terror is a work of fiction, Bulgakov’s Master and Margarita. The facts are themselves too hard to fathom. It was surprising sometimes to find that people could find ways to reconcile these things.

One of the people I most enjoyed researching was Milly Bennett, who made funny, cynical, and occasionally wise comments in her letters to friends while writing punchy and often poetic journalistic pieces, like the 1932 exposé of “American Girls in Red Russia,” which was written for a syndicated magazine, and from which the book takes its title.

It was she who wrote in a letter to a friend, “The thing you have to do about Russia is what you do about any other ‘faith.’ You set your heart to know they are right. . . . And then, when you see things that shudder your bones, you close your eyes and say . . . ‘facts are not important.’”

However, I’m working on several smaller projects and thinking about a few larger ones. I’m doing an edition of Madeleine Z. Doty’s writings on the Bolshevik Revolution, which was in the midst of happening when she arrived in Russia as part of a trip around the world to document women’s experiences on the home front during World War I.

She wound up staying for several months in Russia and writing one of the most vivid accounts of the revolution, but right now it’s buried in a book that discusses several other countries as well, including China, Sweden, Germany, and England. I’m writing an introduction and annotating/footnoting the text.

I’m also doing research for what will probably be an article—but could conceivably be a book—on Ruth Epperson Kennell’s professional and personal relationship with Theodore Dreiser.

Kennell comes up throughout American Girls in Red Russia, but I don’t say much about the four months she spent as Dreiser’s private secretary, or the fact that their relationship continued for the rest of his life. And years after his death Kennell published a book about Dreiser’s experiences in Russia, based primarily on the diary she kept for him.

I’m interested not just in how she served him but also how he aided her career and helped her efforts to promote the Soviet Union to a younger generation in the 1960s.

I’m also writing an article on women, the Russian revolution, and the first Red Scare that will most likely focus on Doty, Emma Goldman, and Rose Pastor Stokes, all of whom had intensely personal relationships to the Russian Revolution and all of whom strongly felt the effects of the 1919 Red Scare.

I’ve got two future book projects in mind, one dealing with the writer and activist Eve Merriam, and the other dealing with Second-Wave feminism.