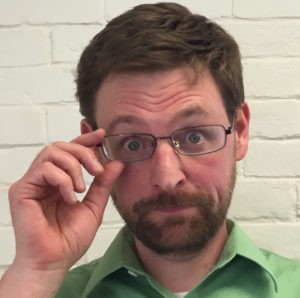 Benjamin Ludwig is the author of the new novel Ginny Moon, which focuses on a teenager with autism. He is an English and writing teacher, and he lives in New Hampshire.

Q: You've said Ginny Moon was based on your own experiences as an adoptive parent. How did you come up with the character of Ginny, and was it difficult to capture her voice?

A: Ginny’s voice came to me fully formed one night after my daughter’s Special Olympics basketball practice.  It wasn’t my daughter’s voice at all, but something much more intense and fast, and very, very honest in a way that was sometimes funny, sometimes tragic.

Once I heard the voice, I sat down to write what Ginny was saying – and at that point I could barely keep up with her! Aside from her voice, Ginny’s background is inspired by the many foster and adopted kids I’ve met over the years, mostly as a public-school teacher.

In my experience, every child who isn’t living with his parent wants to somehow get back to his mom and dad. Our parents are our origin, and if our origin is a mystery, then we need to solve it in order to understand ourselves.

A: When I started writing the book, following Ginny and understanding what it was she really wanted, I knew that at some point she would met her birth mother. I didn’t know what the meeting would look like, but I knew it had to happen.

I also knew that because Ginny was adopted, it would be important (in the ending) to focus on her adopted parents as well. From the very beginning I wanted Ginny to finally learn how to self-advocate – so I hope readers see that by the end of the book, she’s beginning to learn how to do that. 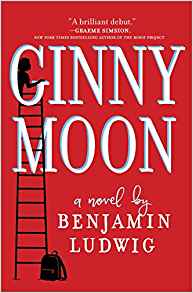 A: The title changed three or four times, and I’m happy to say that I like the final one the best. "Ginny Moon," as a title, speaks to me because it says hey, this character is beyond defining. She’s a force unto herself, and won’t be classified.

Q: What do you hope readers take away from the book when it comes to special needs adoptions?

A: I hope they’ll see that kids with special needs really are just kids. They’re unique individuals with the same needs that any other kid might have.

I also hope people will see how important it is to adopt teenagers! Most couples who adopt want to adopt babies – and that’s fine, except for the fact that it leaves a lot of teenagers in a very difficult situation.

If a child isn’t adopted, she “ages out” of the system when she becomes an adult. At that point, she has to navigate the world without any parents at all. I’m proud to have adopted a teenager, and hope to do it again someday. If I could encourage other people to do the same, I would.

A: Right now I’m working on another novel. The first draft is finished, and I’m revising. I really can’t say much about it yet except that it’s another voice-driven narrative, and this time around features a male protagonist.

A: Yes!  I’ve been asked a lot if there will be a sequel to Ginny, and though I don’t envision one at this point (never say never, right?), I did let her take over a section of my newsletter. Honestly, I just couldn’t let her go after finishing the book.

So each month, in addition to news about my own travels and adventures as a writer, my newsletter will feature a section in which Ginny shares her thoughts and opinions, and tells us what she’s been up to. If anyone might be interested in subscribing, here is the link.