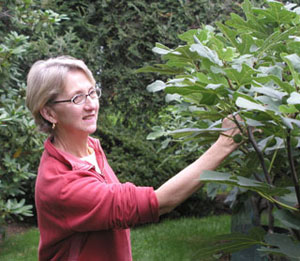 Augusta Scattergood is the author most recently of Making Friends with Billy Wong, a novel for kids. She also has written Glory Be and The Way to Stay in Destiny. A former school librarian, she reviews books for a variety of publications, including Delta Magazine and The Christian Science Monitor. She lives in St. Petersburg, Florida.

Q: How did you come up with the idea for your most recent book, Making Friends with Billy Wong?

A: The town I grew up in had a large number of grocery stores run by Chinese Americans. That didn’t seem at all unusual to me!

Then I read an essay by one of my high school friends about what it felt like to grow up there as a young Chinese American during the Civil Rights era. It was powerful. When I read it, I felt there was a story and a history to share with middle-grade readers.

Q: You tell the story from the perspectives of two characters, Azalea and Billy. Why did you decide to tell Billy's story in verse?

A: Billy’s chapters are more poetic than poetry! They are letters, lists, notes. I worked so hard on those pieces and I hope they give a sense of what Billy’s world was like.

I relied heavily on my friends for advice, for their own words. But it was hard to capture the southern voice of a Chinese boy in straight narrative. Then one day I sat with a legal pad under a tree and started doodling, and Billy’s “verses” came to me.

A: In my hometown of Cleveland, Mississippi, we now have the Mississippi Delta Chinese Heritage Museum on the campus of Delta State University.

After spending a weekend there for a very large event to celebrate the museum and people who’d grown up Southern American Chinese, I had a good start.

I also used the archives at the university to read many oral histories from the grocers. I researched in the county library’s city directory and learned there were dozens of grocery stores there, beginning soon after the Civil War until recently.

I wasn’t surprised that we had these grocery stores because I’d shopped there. But the numbers surprised me. The part of the south where I grew up had more Chinese immigrants than some of the cities in our country.

A: I usually have a vague idea of my endings. Or at least I hope I do! It’s the middles that throw me. My writing process is long and arduous, with too many changes to remember. After three novels, you’d think it would be easier, wouldn’t you?

A: I’m at the stage in a new story that I feel if I talk too much about it, it might disappear! I have much work to do.

A: My own grandmother lived next door to us and loved to garden. Her garden was more modest than Grandma Clark’s but I appreciated it about as much as Azalea did when she first saw her grandmother’s garden. I was about five when I ate her green beans and found a tiny worm in my serving. For a very long time, I avoided garden beans.