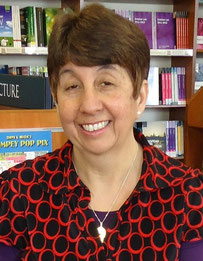 Miriam Halahmy is the author of books and short stories for children, teenagers, and adults, including the YA novels Behind Closed Doors and Hidden. She was a teacher for 25 years, and she is based in London.

Q: Your book Behind Closed Doors tackles a variety of issues, including homelessness and hoarding. How did you come up with the idea for this novel, and for your characters Josie and Tasha?

A: I was interested in writing a book about a girl who couldn’t take anyone home. A couple of years ago there was a sudden interest in TV programmes about hoarding and I decided that would be my theme.

I researched children growing up with a parent who is a hoarder and the problems that arose in the teenage years and was quite disturbed by my findings. Children of hoarders often felt they couldn’t tell anyone about their homes, or bring friends home and that no-one else lived like them.

Josie has experienced such extreme isolation through no fault of her own but in some ways it has made her a strong and independent young woman.

At the same time I was also interested in teenage homelessness. When I was a teenager, a British film, Cathy Come Home, by Ken Loach, was shown on TV. It sparked a lifelong concern for the homeless.

When researching for this subject I found out that the majority of teenage girls who are homeless, leave because a new man comes into the home and takes an unhealthy interest in them. 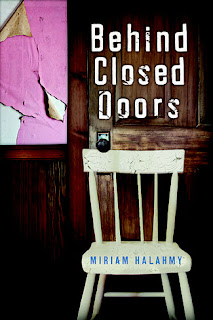 I therefore decided to set the book in two voices –Josie and Tasha – who for different reasons are on the verge of being made homeless by their mothers.

As I developed my characters and their reflections on their experiences, the most powerful theme which emerged for me was love – what it means to be loved and not to be loved and how love is not tied to material circumstances but to human qualities and interaction.

A: It was quite hard to find a strong title for this novel because it covers two very different set of circumstances. However, I felt my final choice summed up how both girls were forced to live their lives – both with mothers in denial.

Behind all the front doors in our streets are lives which we can only imagine. Many are probably very like our own. But some are like Josie and Tasha’s and only by standing up to their own circumstances or actually leaving, will they be able to survive and make their own choices in life.

Q: I also wanted to ask you about your novel Hidden, which focuses on an Iraqi refugee in England. Given the current political climate, both in Europe and the United States, what do you hope readers take away from this novel? 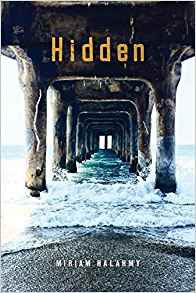 A: Hidden was first published in the U.K. in 2011 and is about two teens who rescue an Iraqi asylum seeker from the sea and hide him to save him from being deported.

In the past two years with the refugee crisis, especially those crossing the Mediterranean Sea in terrible circumstances, there has been a huge rise in interest in my novel. It is often recommended in reading lists about this subject.

It was published in America by Holiday House in 2016 and in the U.K. it is currently being adapted as a play to tour schools, small theatres and community centres.

Since the presidential election American teens have written to me to say how the book has inspired them. One student wrote, “I hope in the future our world will have more tolerance and acceptance to other people around them.”

In the current political climate in Europe and the United States, I hope that my book can challenge popular perceptions of the Other in our society- whether it is asylum seekers, migrants, disabled people, Muslims, Jews, etc – and challenge people to ask questions and seek the truth.

The only way we can tell if a piece of information is fake is by reading as widely as we can and talking to as many people as possible, so that when we make a decision about what to believe it is a well informed decision, not a sound bite on Twitter.

A: I find that by chapter three I can suddenly see the ending and then often write the final chapter. My planning involves sketching out character studies, the inciting moment, crises and the climax.

The resolution might not seem clear at this point – there are usually different options – but once my characters start talking to me the arc of their journey becomes much clearer. 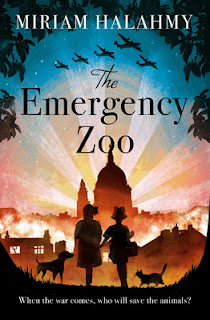 A: Last year I published a Middle Grade book, The Emergency Zoo, set at the outbreak of WW2, inspired by a little known story of the culling of 750,000 pets in the U.K. People thought they couldn’t feed them when rationing started and they would go mad and attack people during the bombing. The children in the book set out to rescue their pets.

While researching for this book two other stories emerged about which little has been written. This book is set in the London Blitz in September/October 1940 and is called Rip to the Rescue. I am currently redrafting before submission.

I will then turn to a book I completed a while ago but I didn’t think was quite ready for publication. It has become clear to me that this book will now be my post-Brexit novel with some updating to incorporate the massive political upheavals of our time. I am hoping this book will help young people who are trying to navigate a bewildering world.

A: When I’m not writing I love travelling, trying out new languages, reading, theatre, hanging with my friends, visiting my favourite seaside place – Hayling Island off the south coast of England – and looking after my two delightful and highly amusing grandsons.  I also have quite a large footprint on the Internet and enjoy keeping up with technology.