Nick Lloyd is the author of the new book Passchendaele: The Lost Victory of World War I. His other books include Hundred Days and The Amritsar Massacre. He is Reader in Military & Imperial History in King's College, London, and he lives in Cheltenham, England.

Q: Why did you decide to focus in your new book on the battle of Passchendaele, and why was it "the lost victory of World War I"?

A: I decided to focus on Passchendaele because it is one of the most iconic battles of World War One. It is commonly associated with mud and terrible ground conditions, and I wanted to see whether the legends of the battle were true. It is also a battle that has not attracted (somewhat surprisingly) a great deal of historical scholarship - leaving me some room to maneuver. 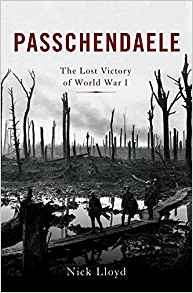 I argue that it is a “lost victory” because the scale of the British attacks and how devastating they were to the German Army has never really been recognized. We have been so concerned with the command errors and problems on the British side that we have forgotten how difficult the fighting was for the defenders.

Q: You begin the book with a quote from British officer Sir Launcelot Kiggell. What is especially significant about this quote, and why did you start with it?

A: I begin with the famous quote from Sir Launcelot Kiggell, who (apparently) saw the battlefield and burst into tears, crying "Good God, did we really send men to fight in that?" This quotation seems to sum up the horror and futility of the battle and I wanted to examine whether it was true, and if so, how could commanders be so ignorant of front-line conditions. 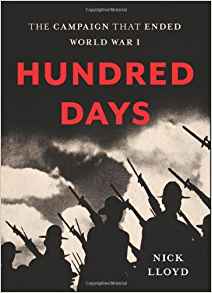 A: I spent time researching in archives across many different countries, including the UK, Canada and Germany, trying to piece together how the battle was fought and what it was like for those caught up in it.

I think what I learnt was that the British were much more effective on the battlefield than I had anticipated, and that had things been done slightly differently, they could have won a major victory - what I have referred to as a “lost victory.” The idea that the British had not adapted to the demands of the Western Front, or that they could not fight effectively, is simply not true.

Q: One hundred years later, what can we learn from this battle? 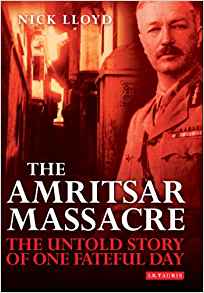 A: We can learn many things from the Battle of Passchendaele. The fighting shows the importance of innovation and adaptation and understanding the enemy on their own terms. It also shows that when the British tried to fight in a way that played to their strengths they were more successful.

Moreover it is a battle that reveals the enduring importance of good command and leadership; taking advice where necessary, encouraging subordinates to be part of decision-making, and inculcating team spirit and group working.

A: I have a number of ideas at the moment for another book - I will keep you posted!

--Interview with Deborah Kalb. For a previous Q&A with Nick Lloyd, please click here.
Posted by Deborah Kalb at 6:37 AM