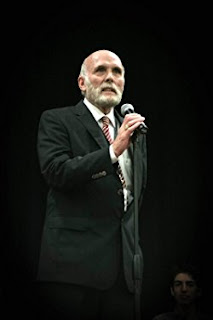 Michael Hogan is the author most recently of the book Abraham Lincoln and Mexico: A History of Courage, Intrigue, and Unlikely Friendships. His many other books include The Irish Soldiers of Mexico and Mexico: Sunlight & Shadows. He lives in Guadalajara, Mexico.

Q: Why did you decide to focus on Abraham Lincoln and Mexico in your new book?

A: I was teaching an Advanced Placement U.S. History (APUSH) class at the American School Foundation in Guadalajara, Mexico back in 2013. One weekend, my students went to see Lincoln, the movie directed by Stephen Spielberg.

After they came back to class, I asked them how the movie dealt with Lincoln’s speech in Congress objecting to the Mexican War. I had told the students earlier in class about how it was a very courageous act. They told me that there was nothing at all about it in the movie.

When I expressed my annoyance, one student by the name of Luciana Mendez, said, “Well, if anyone is going to tell the story about Lincoln and Mexico, maybe you should be the one to do it.” So, I took her advice and began my research.

Q:  How did you research the book, and was there anything that particularly surprised you in the course of your research?

A: I began the book with what I knew, which were the anti-war speeches Lincoln made in Congress as the Whig representative from Illinois. Every historian who wrote about these said that Lincoln was playing politics.

But, I thought to myself, he was playing very badly if that was his game. Lincoln was shocked to discover that Polk had lied about his reasons for ordering the invasion. It took him a while to piece together the evidence of the “unjust and unconstitutional procedures” that Polk’s war message to Congress followed.

But when he finally called the president out with his “spot resolutions,” it was clear that he had done his homework. It was a scathingly accurate and irrefutable critique. 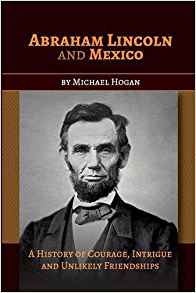 He was castigated in the press for his stand; his hand-picked replacement in Congress did not get elected, and Lincoln himself could not even get a job as postmaster. I then discovered other speeches he made, including a more risky one in which he actually accused the president of lying, and said that the war was unnecessary and unconstitutional.

When chastised by his law partner, William Herndon, for his obstinacy and ruining his prospects, Lincoln told him that he would do it again, and that it was the only honorable course to follow.

So, matching up Herndon’s letters at the time with Lincoln’s responses gave me a clearer view. He was Honest Abe, not the wily politician, throughout the whole episode. I was surprised other historians had not pointed this out.

But when I finished this stage of my research, I only had half a book. The second half was Lincoln and Mexico during the presidency and his legacy to Mexico after his death. There was virtually nothing at all written about this. So, that involved more research, this time in Mexico City.

Q: Can you say more about Lincoln’s attitude toward Mexico, both before and during his presidency?

A: Before he was president, Lincoln knew little about Mexico. After he became president in 1861, he was visited by Matías Romero, the Mexican Ambassador, at the Lincoln family home in Springfield. In Washington, D.C., Romero became close friends over time with Lincoln as well as with Mary Todd whom he accompanied on her many shopping trips.

Lincoln was particularly impressed by the new president of Mexico, Benito Juárez, since he was attempting to help the Mexican peasants and limit the power of the conservative landowners and the Church. My discovery of Romero journals and letters in Mexico City was a big help with this stage of the research. 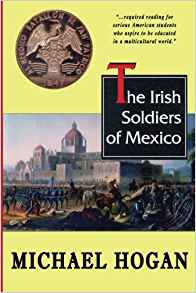 In 1863, when the French invaded Mexico and imposed Maximilian as emperor, Lincoln refused to recognize the new regime. He continued to treat Romero as if he were the legitimate ambassador and deal with him. This enabled Romero to raise millions from U.S. bankers to support the liberal cause, and through Generals Grant and Sheridan obtain arms for the liberal army that would overthrow the French four years later.

Q: Given the focus today on U.S.-Mexico relations, how would you compare the two periods and what do you hope readers take away from your book?

A: The 1840s was a time of imperialistic designs in which the U.S. expanded its territory from “sea to shining sea.” There were some critics of this policy of “Manifest Destiny” including Henry David Thoreau, John Quincy Adams, and Lincoln himself.

We acquired Texas and the southwest states as a result but the country was torn apart by a civil war which to some extent was result of the war with Mexico and new slave states. It was a low point in the history of America.

The 1860s was the time of the Civil War itself and, although Lincoln was busy with domestic affairs, he maintained good relations with Mexico and tried to make amends for what had gone on before. Grant followed this tradition. He too was a good friend of Mexico, and made sure that its leaders were able to obtain U.S. surplus armament to defeat the French.

Harry Truman reminded everyone of the great debt we owe to the Mexicans when he visited Mexico in 1947, the 100th anniversary of the War with Mexico, and laid a wreath at the monument of the Niños Heroes, the teenage cadets, of that conflict who died resisting the American invasion of their capital. 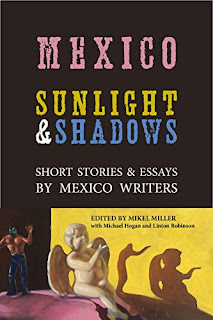 I think all of these presidents—Adams, Lincoln, Grant and Truman—would be appalled by the anti-immigrant rhetoric and the negative comments one reads and hears today coming out of Washington, D.C.

Truman considered Mexico the singular most important friend and trading partner of the United States. He said, “Though the road be long and wearisome that leads to a good neighborhood as wide as the world, we shall travel it together. We shall not fail each other.”

A: I actually have two projects. One is creating a set of lesson plans for middle school and high school students to go along with the book Abraham Lincoln and Mexico, which we believe will be an excellent supplement to APUSH and other U.S. History classes both in the U.S. and in American and international schools abroad.

The book contains 137 pages of primary sources in the Appendix which will be useful to students to evaluate first hand. This will be a useful corrective since many textbooks today continue to ignore or spin the truth about reasons for the U.S. illegal invasion and unconstitutional war against Mexico, and how the military conquest of nearly half of Mexico at that time was the largest land grab in modern history.

It’s time to set the record straight, and help students understand the common bonds between the two nations.

The second is project is a book I am planning about the American Legion of Honor, which was a group of ex-Union soldiers who joined the Mexicans after the Civil War to help expel the French. Almost nothing is written about this unique band of warriors, which included many black troopers or Buffalo Soldiers, several of whom had received the Congressional Medal of Honor in the earlier conflict.

A: I have written more than 20 books, but Abraham Lincoln and Mexico has assumed a life of its own in social media, in the press, most recently as a critically-acclaimed three-act play, and possibly as a mini-series down the road.

Much of the credit for this is due to Mikel Miller of EgretBooks.com who is an excellent editor and co-founder of the Lincoln and Mexico Project that has as its goal the improvement of Mexico-U.S. relations by, among other things, revealing the histories of both counties based on archival documents, and the repercussions of U.S. policies both past and present.

He has met with ambassadors and consul generals in the U.S. and abroad. He has reached out to university librarians, historians, history teachers, and authors, and has worked with me to promote the play Abraham Lincoln and Mexico: The Untold Story, which has been performed in two different venues in Mexico. You can learn more about the Lincoln and Mexico Project by following the blog.

It includes links to external references, including a recent op-ed piece in The New York Times that states: “The United States owes Mexico and itself an honest reconsideration of its first imperial war, not only in its schools and universities but also in its museums and books.”