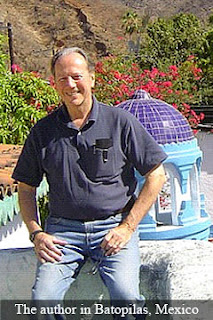 John P. Richardson is the author most recently of the biography Alexander Robey Shepherd: The Man Who Built the Nation's Capital. His other writing includes the book The West Bank: A Portrait. He was a CIA officer and also has worked in the nonprofit world. He lives in Arlington, Virginia.

Q: Why did you decide to write a biography of Alexander Robey Shepherd?

We lived at the time in Shepherd Park, about 200 yards from where his out-of-town house, Bleak House, used to stand, so I decided to tackle Shepherd. Imagine my surprise to discover that there was (in 1985) no biography of this important figure.

Q:  What impact did he have on Washington, D.C.?

A: Immense impact. Shepherd put flesh on the bones of the L’Enfant Plan, which in 1870 was still only lines on a map.  Shepherd also consolidated the three separate parts of the District (Georgetown, Washington City, Washington County), permitting city-wide legislation and development for the first time.

Q:  How did you research this book, and was there anything that especially surprised you? 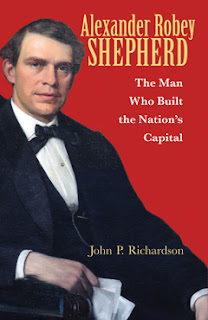 A: I researched the book the old-fashioned way: lots of time in libraries in front of microfilm machines and tracking down family-held materials.

Shepherd descendants, I should note, were generous with irreplaceable items, sending them to me for copying and safe return.

I was surprised at how little there was in the way of Shepherd-written diaries and letters, an excellent source of insights into a subject’s thought processes. In many ways, Shepherd was what he did.

Q:  What do you see as his legacy today?

A: Shepherd’s legacy today is the modern city of Washington, whose infrastructure he built in a frenetic three years from 1871-1874.

A: I had considered writing a book about retrocession (Virginia’s re-acquisition of the land it had given to the federal government in 1790 for the nation’s capital) but have decided in favor of writing the history of our branch of the Richardson family, which started with Ezekiel Richardson, who landed in Charlestown, Mass., in 1630.

A: Alexander Shepherd deserves a good deal more credit than he receives, since he is indeed the father of modern Washington,
D.C.