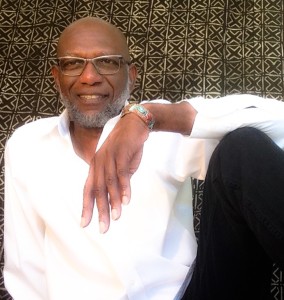 Terry E. Hill is the author of the new novel The Committee. His other novels include Come Sunday Morning and When Sunday Comes Again. He has worked in the social services field, on issues including homelessness, for more than 25 years, and he lives in Oakland, California.

Q: How did you come up with the idea for The Committee?

A: It ties into a recurring theme of my writing—powerful women. Starting off in the conceptual stage, the only thing I knew was that the main character would be a powerful woman. It took months to hone in on who she was.

You write about what you know. I know local politics. I’ve always been intrigued with New Orleans—that felt really comfortable. Then I had to figure out how to tie in the politics in Los Angeles and [the scenes in] New Orleans. Months go by and you’re thinking on it, and this was the end product!

I enjoy the supernatural a lot; I’ve never written about it as much as in this book. I’m intrigued by conspiracy theories—the Illuminati—so slowly, it came together. 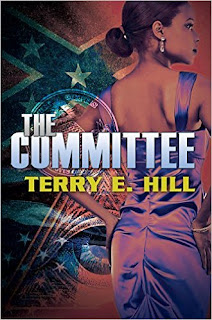 My process is, I do an outline of the book first. I know where it’s going, section by section. Then, I’m having to sit on that a few more months—is it entertaining? Am I entertained by it? Originally, I was not!

We are writing to sell books—how can I make this more interesting? Throw in action, throw in intrigue, throw in a few sex scenes, and you’ve got a book!

Q: Some of the characters in The Committee appear in your previous books. Did you plan the links among the characters before writing the earlier books, or did they develop along the way?

A: I can’t take credit for the characters turning up again. At the end of The Last Sunday, in my head, I felt I had done a decent job of wrapping it up. My sense is readers didn’t feel cheated or frustrated…

The publisher and my agent—we were going back and forth about the new book—they suggested I keep three of the characters; my readers were resonating with these characters, why let them go?

Hattie was the main one. They suggested I keep her, Danny, and Gideon. It was a big help. It gave me some direction. I feel like it worked—we picked up in a new chapter in their lives, and I hope I did good enough background in filling in who they are. 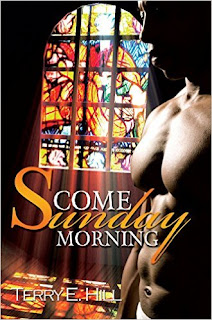 Q: Your character Gideon, one of your recurring characters, is a reporter. What role do you see the media playing in your novels?

A: The media is incredibly powerful. Not only do we see that with Gideon, but on the Committee there are media moguls, from the 1800s and current. I think it’s the obvious: the media nothing short of controls our national dialogue, what we’re talking about over lunch or dinner. The media decides what’s happening in our country.

For example, with Hillary Clinton and her e-mail, [for the] average American, it was, all right, she used the wrong server, but the media whipped us into this horrible frenzy, and then it just kind of died out.

Q: You also include a historical element in this novel. Why did you add the historical flashbacks?

A: There were two motivations for that one. The biggest motivation was the challenge of doing a historical piece, which I have always wanted to do, but was afraid…I really wanted to challenge myself.

The second is I really wanted to give Gillette, the current-day woman [living in] Los Angeles, as much gravitas as possible, and to be very clear that this woman is very powerful, and there’s a story about how she came about having all this power. The historical piece laid that foundation… 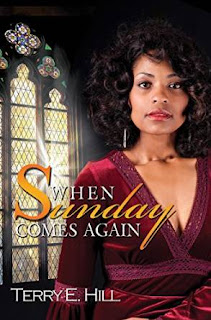 A: The sequel. This is also part of a trilogy…I’m deciding whether or not I’m going to bring back the historical piece in New Orleans, or move to the next generation. Maybe I could place it at the turn of the century, or fast-forward to the ‘60s and Kennedy’s assassination.

I used to panic when I couldn’t come up with the concept for the next book, but I’m much less panicked now. I feel it will come to me. Then it just kind of flies.

What I do know about the next two books is that Camille starts off as mayor of Los Angeles. In the second, she’s governor of California, and in the third, she is president.

A: The Karen character, the assassin—she’s such a cool character to me. She epitomizes what I enjoy doing. There’s one public image, and a totally different life behind the scenes. That dynamic shows up a lot in the book.

Sheridan is Camille’s loving husband, but behind the scenes he has a giant real estate company nobody knows about. Camille is beautiful and powerful but has an amazing dark side. The same with Juliette—she is just stunning but is fully immersed in voodoo and dark magic.

--Interview with Deborah Kalb. For a previous Q&A with Terry E. Hill, please click here.
Posted by Deborah Kalb at 5:41 AM