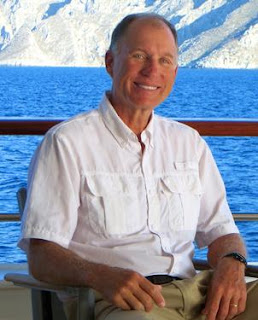 Chris Kohler is the author of the new novel Cracked Island. He is a professor emeritus of zoology at Southern Illinois University-Carbondale, and his academic work includes co-editing the first two editions of the college textbook Inland Fisheries Management in North America. He lives in North Carolina.

Q: Why did you decide to set your novel in Haiti?

A: I first visited Haiti with my wife in the summer of 1976. We were living in Puerto Rico at the time, where I had recently completed my master's degree in Marine Sciences.

We were about to move to Virginia, where I would commence my Ph.D. studies at Virginia Tech, and wanted to see a part of the Caribbean we had heard so much about from friends--and what an amazing experience it became!

We never thought we would get back there, but life does seem to have interesting twists. My first assignment upon joining the faculty in 1980 at Southern Illinois University Carbondale was to establish an international dimension to the well-known fisheries program already in place there.

As luck would have it, I was contacted by a self-help organization located on La Gonave, Haiti, to assist them in developing a project to teach locals how to raise the freshwater fish, tilapia, for food.

Often accompanied by my wife, we visited Haiti numerous times over the 1980s. I even had a student conduct his master's thesis there. We saw so many sights that simply blew us away. Haitians are, simply put, incredible people who live their lives under the most grueling of situations imaginable. 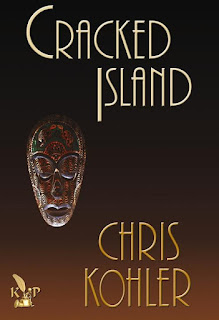 The expatriates we met were also extremely interesting in bizarre sort of ways. Why and how do some of these people wind up making a living in Haiti?  Every one of them has a story worthy of a novel, in and of, themselves.
The more I learned about the history of Haiti, how the slaves won their freedom from France in the early 1800s, while Napoleon was otherwise occupied with his Waterloo, the more I wanted to know.

Someone told me about this book, called The White King of La Gonave, the true story of a U.S. marine in the early 1900s, and after reading that I knew that some day I would write a novel incorporating the sights, people, history, and religion (i.e. Vodou/voodoo) of Haiti.

Years later, I found myself doing some consulting work in Hawaii at this little marine station where they did the opening scene for Gilligan's Island and the first night I realized I was there alone with nothing to read, no TV, and essentially nothing to do. That is when I decided to put my thoughts and the images in my mind to words.

Q: How did you come up with your main characters, and why did you decide to tell the story from multiple perspectives?

A: The characters are based, largely, on people I met or read about, although the Ebony Man, the menacing bocor always in the background, came totally from my imagination.

I wrote the book in multiple perspectives primarily so I could add a very human perspective to the Haitian people. I think many of us succumb to numbness when we hear about or even see absolute poverty.

I wanted to put faces (men, women, children) into my story so readers can grasp how all humans, despite our varied backgrounds, are very much the same. Haitian parents want the best for their children just like everyone else does, for example.

A: I had a general idea how the book would start and end, but had no idea how I was going to get there. Each chapter was a journey for me all in itself.

After writing each chapter, I would read it out loud to my wife before we went to sleep. We would look at each other and wonder--"Where in hell is this coming from, and what is going to happen next?"

I thought I had the entire story done when, on January 12, 2010, the massive earthquake struck Haiti. Clearly, the earthquake had to be incorporated into the story.

The title even changed--from "Island Drums" to "Cracked Island." The title, of course, is a metaphor not only for the earthquake, but also a nation and people broken in so many ways.

A: Wade Davis' The Serpent and the Rainbow and Amy Wilentz's The Rainy Season top the list. But those were mostly for plot ideas, scenes, and so forth.

My favorite authors to read are Greg Iles, Stephen King, and Carl Hiaasen. All totally different, but some of each of their personalities are incorporated into my writing.

A: I am nearly finished writing my second novel, tentatively titled "Rasta Gold," which takes place in the Virgin Islands. A gold doubloon and a Rastafarian are intimately intertwined in the plot. Like Cracked Island, this story is a multi-cultural suspense.

A: I very much enjoy writing stories that allow me to understand other cultures and, in particular, religions. Vodou, Rastafarianism... there are so many left to choose!