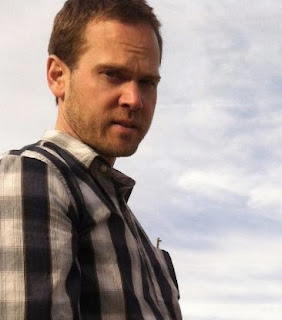 Eric Bennett is the author of the new book Workshops of Empire: Stegner, Engle, and American Creative Writing During the Cold War. He also has written the recent novel A Big Enough Lie. His work has appeared in a variety of publications, including VQR and A Public Space, and he is an associate professor of English at Providence College.

Q: You write, “To understand creative writing in America, even today, requires tracing its origins back to the apocalyptic fears and redemptive hopes that galvanized the postwar atmosphere.” What impact did the ideas of that post-World War II period have on creative writing?

A: Individualism of one sort or another has been a defining feature of the American experience since the beginning—Alexis de Tocqueville testified to its significance almost two centuries ago.

But my research suggests that in the 1950s, personal accounts of minor experiences gained a new political urgency, and that that urgency found expression in creative writing programs, which were just emerging.

At first, little voices—mostly white and male ones—did their duty contrasting the freedoms of the United States with the programmatic oppressiveness of the Soviet Union. At least that was the theory. 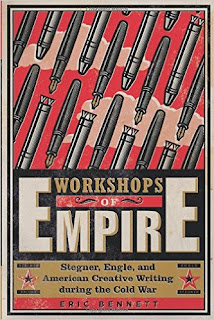 At a glance, female writers and writers of color would seem to differ drastically from the G.I. Bill students, and in many ways of course they did. But the spirit of countercultural enfranchisement was the same: good souls crushed by corrupt systems, and fighting back by telling their stories.
What, if anything, this means for writers today is not a simple question—which, in my opinion, makes it all the more worth discussing and digging into.

Q: Why did you choose to focus in particular on Wallace Stegner and Paul Engle?

A: For 25 years Engle directed the Program in Writing at Iowa, the first in the country. And symbolically and materially, Iowa has greatly influenced creative writing culture since the 1940s. Engle taught many people who went on to staff and teach in new programs. The same goes for Stegner and his influential writing seminars at Stanford.

Beyond that, both men came out of the same conservative intellectual tradition, headed up by Irving Babbitt. This back story has been neglected in many accounts of Iowa, Stanford, Engle, and Stegner.

Q: You ask the question, “How did the rebel earn a place in the classroom?” How would you answer that?

A: By having his or her rebelliousness given subtle or not-so-subtle anti-Communist boundaries—as a trade-off for new, newly comfortable positions on campus.

The majority of writers in the 1930s had leaned far left. With the conservative turn in the 1940s, the establishment figures who waged the cultural Cold War were committed to de-radicalizing American literature, and they threw their weight behind places like Iowa and Stanford.

By “establishment figures” I mean the directors of philanthropic foundations, like Ford and Rockefeller, publishers devoted to American exceptionalism like Henry Luce and Gardner Cowles, Jr., and intellectuals formulating a postwar vision for the humanities, like Lionel Trilling and Robert Penn Warren.

These days, you can write individualistic fiction or poetry and call yourself a leftist. In the 1930s, when the American left still had teeth, this would have been a strange proposition indeed. 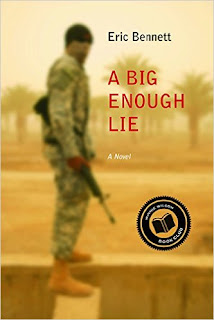 Creative writing programs have played a role in this effacement of collective modes of thinking, and even the most progressive poets and novelists (present company included) operate within a publishing world and an aesthetic universe that’s all about self-branding.

Q: You’ve also had a novel published recently. How did you come up with the idea for A Big Enough Lie, and what messages do you think the book has about truth and about war?

A: George W. Bush headed up an administration that fabricated a case for war against a secular dictator who had only the most fleeting ties to the fundamentalist Islamic terrorists who had attacked the United States in 2001. Despite the fabrications, Bush was reelected president in 2004.

In A Million Little Pieces, James Frey fibbed about one man’s life experiences (his own) and was later shamed for it on Oprah. I found this contrast between Bush and Frey—between two very different case studies in the public tolerance for fabrication—dramatically fascinating. I wanted to get that contrast into a story that moved.

Although it includes a fake memoir about combat in Iraq, A Big Enough Lie mostly tackles as its main theme the writing life in the U.S. Also, it’s a love story, or a pair of love stories, though there’s no sign of that in the cover image.

A: Everybody Can’t Be Naked, a novel about varieties of artistic aspiration—tales of actors, photographers, musicians, and writers in a gothic city on the East Coast. It entails shame, shamelessness, narcissism, and rip-roaring plots.