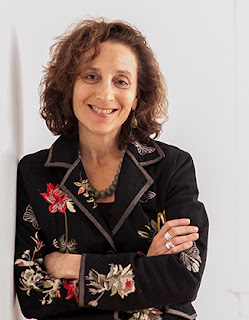 Peggy Levitt is the author of the new book Artifacts and Allegiances: How Museums Put the Nation and the World on Display. She is chair and professor of sociology at Wellesley College and a senior research fellow at Harvard's Weatherhead Center. Her other books include Religion on the Edge and God Needs No Passport.

Q: You write about the different approaches to their museums and their changing populations in Sweden, Denmark, Singapore, Doha, New York, and Boston. How did you pick these locations, and did one country’s or city’s approach particularly stand out?

A: I picked these places because I was interested in looking at pairs of countries at different stages of nation-building projects, and where they were in their status in the world.

Sweden and Denmark are old imperial powers. They’re over that; they’re not trying to be great world powers. The United States is, depending on who you talk to, at its height or on its way down. Singapore and Doha are really using museums to build their nations and stake out a more prominent position in the world.

It’s interesting to compare the three sets, and include settings outside the West…You have to be fair in comparing. Each country is very different in its demography, its history, its way of managing diversity.

It’s not surprising that some of the more innovative programming in the United States is not [found in the] the central focus—the Brooklyn and Queens museums are not like the Met; they have more freedom.

The [world culture] museum in Sweden is doing really innovative programming. That has to do with a commitment to creating global citizens.

Q: You write, “What museums do in New York and Boston also says something about how the United States sees itself in the world.” What do you think the Boston and New York approaches say about that? 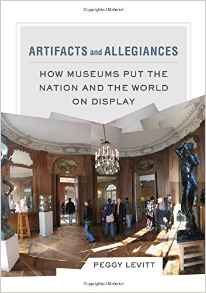 Many people would say globalization means Americanization, Westernization. There’s hubris about, The world has to come to us. Children don’t speak foreign languages as much as in other countries.

Comparing New York and Boston, New York is more worldly. The demographic mix is [larger]. It’s seen itself as wanting to be the capital of culture, and the culture was always global. Boston is much more, We are the city on the hill, and we are going to be a moral example to the rest of the world.

I think those historical themes and roots resonate today.

Q: What do you see looking ahead for these museums and others like them?

A: In all these places, you are seeing…a tension between national and urban interests and the globalization of the museum world. To some extent, they are each examples of museums connected to the global view of museums—the ways of exhibiting, [holding] public programs, educating. It’s taught in MFA programs around the world. 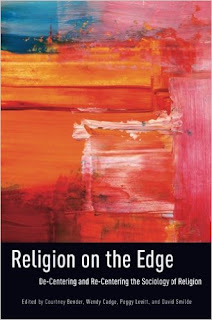 That’s driving more globalization of the museum world. How much a museum is affected by it has to do with where a country is in the global hierarchy.

A report recently for the Association of American Art Museum Directors found very few minorities working in museums; [many] were janitors or security guards. There’s a recognition that something needs to change.

A: …I hope I made a strong case for embracing cosmopolitanism even when we see what’s going on in the world. There are discussions now about Muslims in this country…we’re seeing it all over this country and the world.

The fear response is the exact opposite of what we need now. We need bridge building and people who have a commitment to finding common ground.

This book is about the role museums can and must play if they want to stay open. Also, the larger piece is that it’s a transnational world. One in seven people in the world is an international or internal migrant. 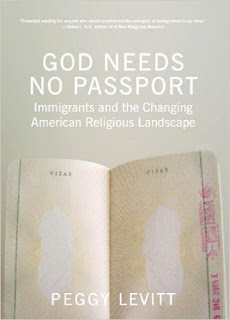 The way we think about politics, family life, economic life, citizenship—it needs to be rethought. I hope the book makes a plea for that.

I started out as a migration scholar. I saw people…integrating into places while they stayed connected to the places they came from. We need to change how we think about the nation, social protection, inequality. Museums can be part of a much larger process.

A: You’re always working on the next book! I have two book projects in mind. They’re very timely.

So many young people are seduced by messages of extreme nationalism and religion…these young people are religious global citizens of the exclusive variety: Anyone who disagrees with me, I need to show them otherwise.

There are lots of places in the world [where you can find] the inclusive, tolerant variety. I would like to study that. I’m working with a colleague in Amsterdam.

The second project—if we believe global citizenship is important, what do we need to know about? If we had been colonized by China, not England, would we be reading Jane Eyre? It’s a product of the colonial order…

How does the canon change? I’m interested in studying the literary world, and how authors go from national to world literature.

A: I would hope people would help spread the word and bring it to their favorite museum director or curator, and have a conversation about these things.