Patti Davis is the author of the new novel The Earth Breaks in Colors. Her many other books include The Long Goodbye and The Wit and Wisdom of Gracie. She is based in Santa Monica, California.

Q: How did you come up with the idea for The Earth Breaks in Colors, and what does the novel’s title signify for you?

A: The title came long after the book was finished...I thought of two elements of the book, the racial issues and the fact that the earth broke—there was an earthquake. I thought of "Earth Breaks," and was Googling to see what titles were taken.

Q: And how did you think of the concept for the novel?

A: Sometimes I know how I come up with story ideas, and sometimes it’s a total mystery. This was a total mystery! I saw the first scene play out in my head. I thought when I saw a girl looking out the window, and she saw someone burying something, I thought, I wonder what he’s burying?...There was a gold clock—I wonder why he’s doing that?  I kept following the trail. Once I got the initial elements, I knew I was writing a novel. 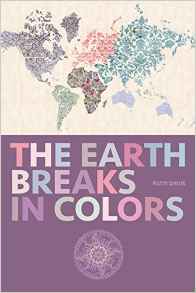 Q: So you didn’t know how it would end when you started writing it.

A: No. In my mind I’d wanted to do a story about friendship between a black girl and a white girl for a long time. [Some friends] come to my house every year for Halloween, and [their daughter] had friends with her…they obviously can see, but [their different races] didn’t mean anything to them. I think that idea was tucked away…

White people say, My ancestors didn’t do anything—that’s not the point. As a white person, you bring a history. Black people bring a history, that’s painful. Until we go into it, we can’t get past it.

[Also] the innocence we had as children is part of history too. The two things can coincide. We can own and recognize and apologize for what has gone on historically, white people can apologize, but acknowledge that [for most people] at one time we saw skin color and it didn’t matter to us. 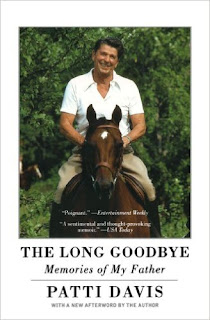 One character who embodies this is Kitrel. It was a surprise to me. I never make [assumptions] about characters, but I would have thought he’s an angry young black guy, he’s not naïve [about racism he faces] but yet he has made the choice to see past that, to see beyond that, and learn the lessons Martin Luther King taught, more than his father. He saw more about his father and what was handed down generationally than his father did.

Q: The story is told from the perspectives of many different characters. Why did you tell it that way, and why is some of it in first-person?

A: I think maybe it’s a way into the book. I think it was Corinne’s character who made me think I can’t tell her backstory from the third person. It’s so personal, so intimate, so horrible, it has to be told from the first person….

I felt to go into their backstories and what was going on in their heads, it cried out for that. Corinne was the catalyst for that when I realized what I was going to do with her backstory.

Q: The two girls in the book are 11 years old. Why did you pick that age?

A: One practical consideration was I didn’t want them to have cell phones. I asked friends what the borderline [age for getting a cell phone] was. Eleven is pushing it a little bit. Most 11-year-olds have cell phones so their parents can reach them. 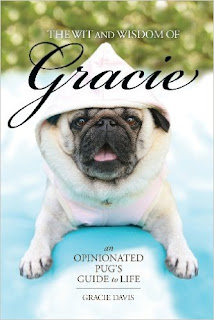 I didn’t want them to be younger. There’s a difference between 10 and 11. It’s only a year, but a lot changes in that year. I wanted them to have enough maturity that they could drive the story, but have enough innocence. I was very deliberate [in choosing the age]…

Q: What do you see as the significance of the clock that plays a big role in the story?

A: At the beginning, I thought, Oh, that’s interesting. It made sense  that people who were hardly wealthy would have an heirloom. It was solid gold, and had been handed down. That they would have that and it would be valuable [made sense].

I didn’t know they were going to dig it up, and that Whisper would run off with it. At a certain point in the novel, when she was carrying around the clock, I thought, A young girl carrying around time, it’s heavy and she’s very possessive, she wants to give it to friends.

I thought, This is very cool. I had to not think about it again—I didn’t want it to seep into the writing. I thought of it over my shoulder. When it breaks and she said it will never be the same again, it made me cry.

A: I have started another novel, Burying Amber. It’s a family drama. Part of it takes place on a flashback of 9-11. The main character lost her father and brother on 9-11.

A: I’m really proud of this novel. It was hard for me to get [as much attention] for my fiction. If I wrote another memoir, people would be lining up. I’ve written more fiction than nonfiction—six novels and five nonfiction. But I’m known for nonfiction. It’s OK, we just have to keep doing what we’re doing and hope people [discover] it.