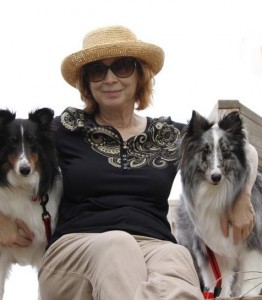 Diane Chamberlain is the author of the new novel Pretending to Dance. Her many other novels include The Silent Sister and Necessary Lies. She worked as a psychotherapist before turning to writing full-time. She lives in North Carolina.

Q: How did you come up with the idea for Pretending to Dance, and for your main character, Molly?

A: My sister has the same severe form of multiple sclerosis as Graham and, like Graham, she’s concerned about end of life issues. I wanted to write a story that would address those issues but in a very roundabout way. I didn’t want it to be depressing, so I decided to write it primarily from the point of view of 14-year-old Molly. 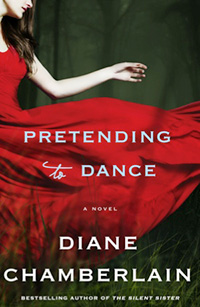 Although Molly's certainly aware of her dad’s condition, she’s more involved in the things happening in her own life. Also, I wanted Graham to be as vibrant, positive and loving a character as my own sister.

Q: The theme of pretending runs through the book, on several different levels. Why did you decide to focus on that?

A: That emerged organically. I came up with the title early on because I knew it fit the end of the book (no spoilers here!) and then the concept of pretending was in my mind. So I had Graham invent “pretend therapy” and the idea of pretending took on a life of its own as it played out in various ways in the story. 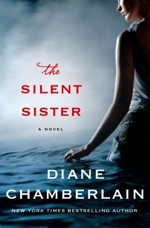 As a former psychotherapist myself, I am a believer in the power of pretending when it comes to creating change in ourselves. As Graham would say, if you want to be brave, pretend to be brave and you will become brave.

Q: Also, dancing is something that comes up frequently in the book. Why was that something you chose to include, along with the related issues of mobility and immobility?

A: Again, the climax of the book, which inspired the title, involves dancing and that theme spilled over into other parts of the novel almost without me realizing it. I love when that happens. 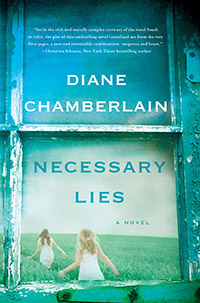 A: Both. I always outline and know the ending well in advance. But I can never predict how my characters will behave and how they will alter the story as it goes along, so the ending often changes and that’s fine. I’ve learned to listen to my characters.

A: Set during World War II in a small town in North Carolina, it’s the story of a young woman disliked by the townspeople, a polio epidemic and a medium. That’s all I can say for now!