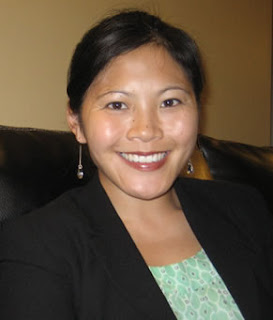 Audrey Wu Clark is the author of the new book The Asian American Avant-Garde: Universalist Aspirations in Modernist Literature and Art. She is an assistant professor of English at the U.S. Naval Academy.

Q: How did you come up with the idea for this book, and how do you define Asian American modernism?

A: When I was in college at Cornell, I majored in English and minored in Asian American Studies. As I studied English, I was particularly drawn to modernist literature.

I loved the boldness of the idea of modernity and authors' endless attempts to follow Ezra Pound's credo to "make it new." I admired the experimental styles of William Faulkner, James Joyce, and Virginia Woolf, and the pared-down prose and verse of Ernest Hemingway, Gertrude Stein, Pound, and Wallace Stevens.

As a young woman, I also found the rise of the New Woman, who was often depicted in modernist literature as career-oriented, politically active and sexually liberated, to be empowering.

However, I noticed an absence of Asian American authors in the canon of Euro-American modernist literature. Most of the Asian American literature that I studied was published during the Civil Rights era and after and framed as such.

I did learn a great deal about the problematic stereotypes of Asian Americans that circulated in the U.S., thanks to Sax Rohmer's Fu Manchu and Earl Derr Biggers's Charlie Chan novels, during the early 20th century. But I wanted to know more about Asian Americans who represented themselves and their communities.

I thought, even if the term "Asian American" didn't come about until the Civil Rights era, surely these early Asian immigrants and their second-generation children thought of themselves as American and modern, like everyone else in the U.S., at some point in their lives.

It wasn't until my graduate study at Berkeley that I discovered early Asian American writers who worked or were in conversation with more canonical modernist writers.

Modernism is still a very widely defined and even contested term among scholars and theorists so I tread carefully as I apply it to Asian American literature.

According to my study, I define Asian American modernism by the formal experimentations, such as free indirect discourse, Eastern styles, and the fragmentation of perspective in prose, poetry, and visual art, that protest racism toward and the racialization of Asian Americans. 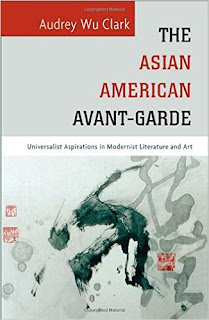 Q: How did you select the particular authors on whom you focused?

A: When I was doing my research, I was thrilled to find authors who were invested in many of the formal experiments championed by other modernist authors.

The prominent ones I found were Sui Sin Far, Sadakichi Hartmann, Yone Noguchi, Younghill Kang, Dhan Gopal Mukerji, and Carlos Bulosan. In the works I examine, each of these authors overtly respond to canonical modernist works or authors.

I wasn't necessarily interested in undermining the longstanding canon of literary modernism or establishing a wholly separate canon of ethnic modernism since I knew that kind of work had already been done.

I wanted to understand the ways in which these Asian American authors were similar to and different from their Anglo-American contemporaries. I was also excited to find the direct and indirect, professional and social connections that these six authors had to each other, which I discuss throughout my book.

In graduate school, my modernist literature professor gave my class a handout that drew an expansive web of the interconnections among all of the modernist writers and artists who led the movement, implying that modernism was sort of like a club.

As I researched, it was both a relief and disappointment to me to find that Asian Americans were also a critical part of this complex web of social and professional relationships but had simply been left out of contemporary acknowledgment and ensuing scholarship.

There were indeed other modernist Asian American authors I wanted to include like Sui Sin Far's sister Onoto Watanna, Monica Sone, and Jose Garcia Villa, but I didn't feel like any of their styles were necessarily responding to those of other Anglo-American modernists.

Also, since so little work had been done on the modernism of the six authors I examine, I knew I needed to devote enough space to each of them to substantiate my claim about the existence of an Asian American avant-garde.

And, in the end, I was most captivated with these six authors (although I know taste isn't without its own rigorous intellectual and social implications).

Q: You write, “Even from the privileged vantage point of the literary and artistic elite, the Asian American avant-garde could not escape their racialization.” What impact did it have on their writing?

A: During an era in which working-class activist groups called for the legal exclusion of Asian Americans, who were deemed "aliens ineligible to citizenship," the Asian American avant-garde found solace in the literary and artistic elite. However, as I argue, even as their Euro-American contemporaries invited their participation in these groups, they still discriminated against them.

The racialization of these Asian American writers as unassimilable, perpetually foreign, simple-minded yet devious, and hypersexualized subjects motivated the Asian American avant-garde to demonstrate that they were universally thinking human beings like other Americans and artistic intellectuals like their Euro-American contemporaries. Hence, they experimented with similar aesthetic forms.

However, while many Euro-American modernists aimed to transcend what they believed to be pedestrian or retrograde contemporary politics through the reflexivity of their artistic forms, the Asian American authors and artists of my study were compelled to protest racism and transgress their racialization through their formal experiments.

Because of their racialization and their protests of racism, these author and artists reference their biographical subject positions in their work; on the other hand, their Euro-American contemporaries are afforded the privilege of experimenting with multiple perspectives and fictive selves in theirs.

The ethnic, and thus seemingly biographical, focus of the Asian American avant-garde most likely displaced them from the modernist canon and its universalist aims.

Q: What is the legacy today of the authors you write about?

A: There have been many important works done on the genealogy of contemporary Asian American avant-garde writers from Anglo-American authors such as Ezra Pound, such as Josephine Park's Apparitions of Asia.

I hope that, even if the early Asian American avant-garde did not directly influence these contemporary experimental writers, scholars will continue to trace the artistic lineages between these early and contemporary avant-garde writers, which ultimately contribute to the wealth of cultural, intellectual, and political work that constitutes Asian American heritage.

I am also currently working on a second monograph, provisionally entitled "Playing Postmodernity: Ethnic Masculinities and the Anxieties of War."

Starting where my first book, The Asian American Avant-Garde, historically concludes, “Playing Postmodernity” spans the historical period from the end of World War II to September 11, 2001 in which the U.S. rose to indisputable prominence within the twin international arenas of global capitalism and military imperialism.

I examine the variety of masculinities exhibited by fictional ethnic characters. These masculinities articulate the domestic and international, as well as civilian and military, responses—formally articulated anxieties about war and self-empowerment—to American military interventions in the Far and Middle East during the second half of the 20th century.

Specifically, I analyze the binary responses of machismo and severe anxiety exhibited by gay and straight men of color during this historical period to the attack on Pearl Harbor and the consequent dropping of the atomic bombs on Hiroshima and Nagasaki that officially ended World War II.

I also investigate their responses to the decline of Western, specifically U.S., military influence during the Cold War, and the domestic attacks of September 11, which formally publicized the war on terror.

This study also delineates multi-ethnic postmodernism through the conceptual contradictions between ethnic solidarity and identity politics after the Civil Rights era and the coeval postmodern dismantling of identity and other stable ideas of the self.

I focus particularly on the trope of the ethnic player (womanizer or gay equivalent) and the anxieties that inform his actions in literature as the lens to examine these contradictions during each major war that the U.S. has fought in Asia and the Middle East since World War II.

A: I hope readers enjoy my book half as much as I delighted in writing it. I wrote The Asian American Avant-Garde to contribute to existing scholarship in the fields of Asian American studies and modernism.

As some reviewers have indicated, it is written in academic language, which may not appeal to everyone. But I would encourage readers who are not familiar with either field to stick with it and keep reading.

And, hopefully, they might learn something new and interesting about these early Asian American authors and artists and what they thought about the U.S., the world, and their contemporaries.