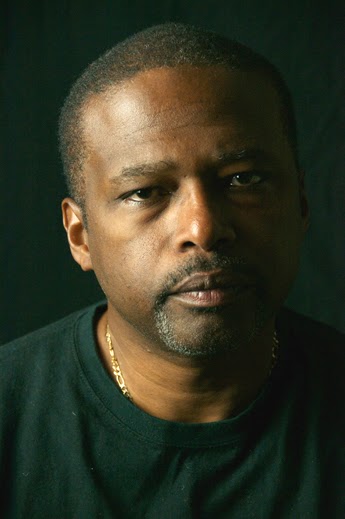 Jeffery Renard Allen's most recent book is the novel Song of the Shank. He also has written another novel, Rails Under My Back; a story collection, Holding Pattern; and two poetry collections, Stellar Places and Harbors & Spirits. He lives in New York.

Q: How did you learn of Blind Tom Wiggins, the real-life 19th century figure upon whom Song of the Shank is based, and why did you decide to write his story as a novel?

A: The long and short of it is that around 1998 I chanced upon his story. I had finished my first novel, and was thinking about my next project.

I had heard good things about Oliver Sacks, but had never read his work, and I read An Anthropologist on Mars and he mentioned Blind Tom in the footnotes. It was a chapter on an autistic savant, and he brought in Blind Tom as an example of the autistic savant phenomenon. I was drawn to his story.

I [had] never actually thought about writing nonfiction, even though my next book will probably be a memoir. 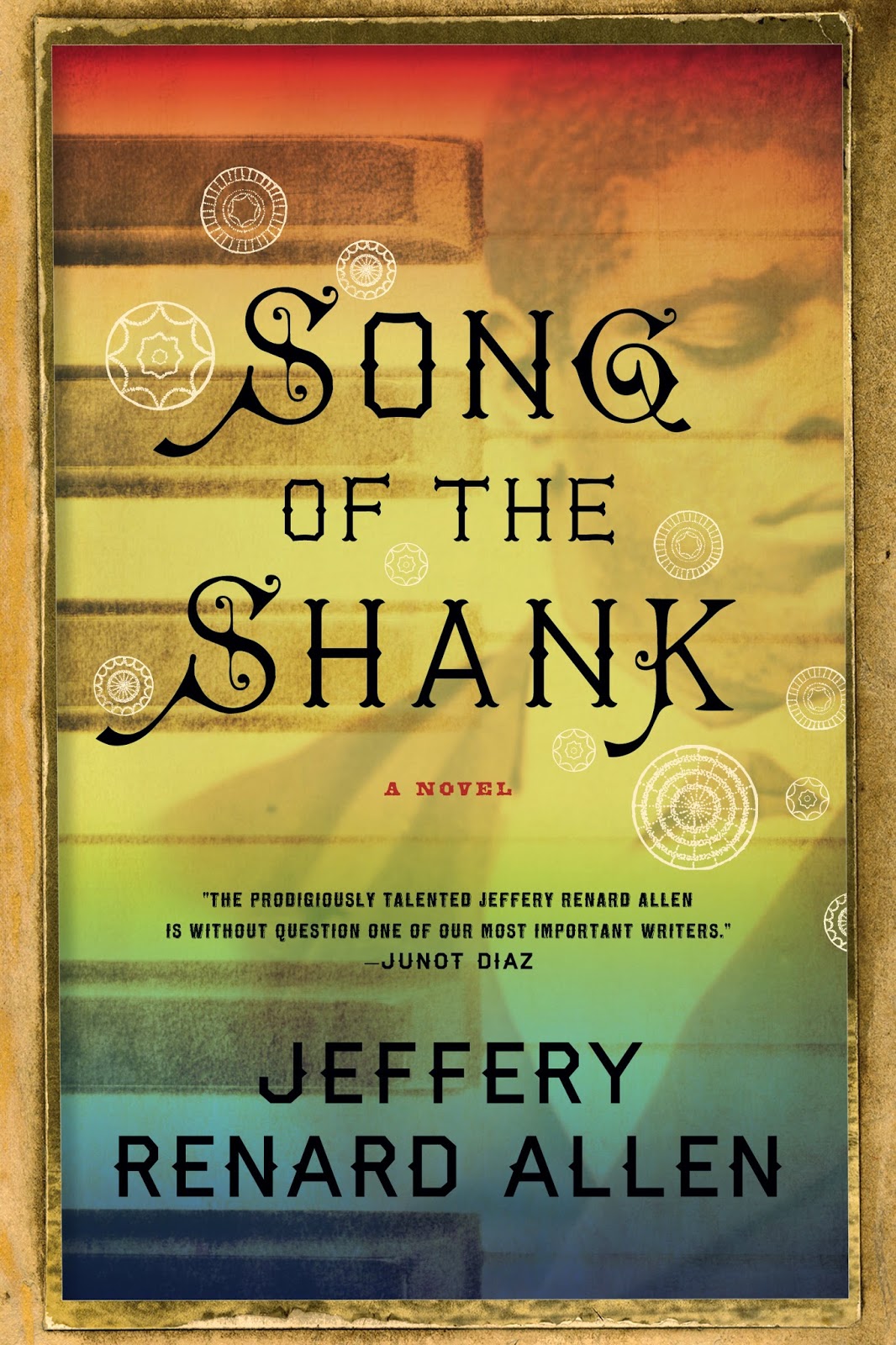 I was drawn by the fact that he had an unusual stage show—he would play three songs at once, he performed various feats of memory. It seemed very much ahead of its time. I’m something of a failed musician myself; I’m drawn to writing about music, though I can’t play!

That was 1998. At that point, I was thinking of writing an elaborate novel with four story lines set in different moments of history, with the Blind Tom story as one of the four. I didn’t seriously begin to research his life at that point, but I had in mind that he would be one of the principal figures in the novel.

In the fall of 2001 I received a fellowship from the New York Public Library, and that was the time I began really investigating Blind Tom. I found there wasn’t a whole lot out there. There wasn’t a lot of stuff written since the time of his passing. 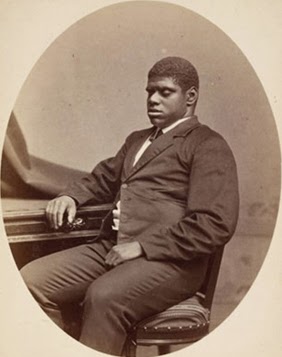 It took a while before the book took on substantial shape. I gave a presentation to the other fellows, and I explained the elaborate story line and the four time periods, and one of the other fellows said, Just write about Blind Tom! It took me a couple of years to realize she was right.

A: My sense of that changed in the process of writing. When I first began, there was very little information I could find out about him that I found useful.

I found a book by a musicologist named Geneva Southall, who had written a three-volume biography of Blind Tom. At the time I couldn’t find the earlier volumes, I could only find the last one.

I happened to be visiting with a friend in Minnesota—this was another serendipitous moment—and she remembered that this professor had taught at the University of Minnesota, and we could see if the library had copies [which it did]. This was very helpful; I now had 900 pages of material.  I was able to read about his life in its entirety—[Southall] was very meticulous. 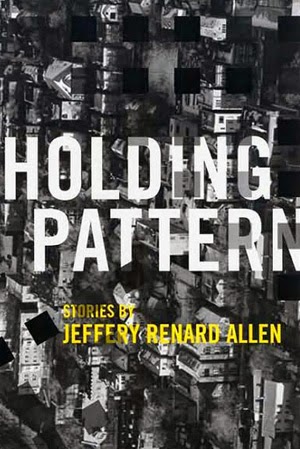 My initial plan was more like a novelized biography, to write about his entire life, from 1849 to 1908. I went through the three books and pulled out what made for good dramatic scenes. I produced 500 pages or so, in 2003-2004.

At some point it became clear that this approach wasn’t going to work—I tend to be an expansive writer, and I had written 500 pages and hadn’t gotten to the Civil War yet!

I began to rethink my approach. At one point, I became interested in the Civil War draft riots in New York in 1863, and I began to see the book as more of a speculative novel, an alternative history of what would have happened if all the black people had been driven to an island. That’s how Edgemere came about. Blind Tom was living in the aftermath of the riots.

This narrowed the action of the book down to just a few years. I began to think less about the facts of his life. In actuality, Blind Tom came to live in New York City in the 1880s, and this was a leap in facts—I have him living there in the 1860s. The facts became less important, and I began to pursue what was in my imagination.

One of the hardest challenges I had in writing the book was how to indicate to readers that this wasn’t a historical novel. 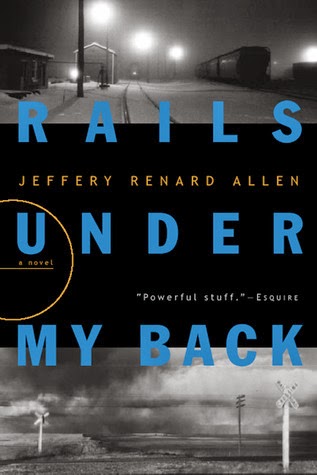 Q: You tell the story from the perspective of various characters. Why did you structure the book that way?

A: My first novel used a similar approach; it had five major characters. I’m drawn to that. Some find it challenging to write about the other: a different race, a different gender. I don’t find it challenging, just interesting. When I’m writing from the point of view of [the white female character] Eliza, I’m trying to put myself into her mind.

Some of the characters are based on real people…. I chose to write about some of the people who were most important in Tom’s life. One of the things I also found interesting was that these people played an important role in Tom’s life, but there still was very little I knew about them. I didn’t have that much sense of what made them tick. It was interesting to go inside them and see who they were.

My initial thinking was that I would take five or six characters and go from different perspectives, and at some point go inside Tom’s mind. I did a draft using that approach, and [found that] once we enter Tom’s mind, it destroys everything that comes before. By entering his mind, the mystery is destroyed.

I decided to take out those pages. We only see Tom through the perspectives of other people. That is justified in speaking to who he actually was—there isn’t a whole lot on record as to what he actually said. 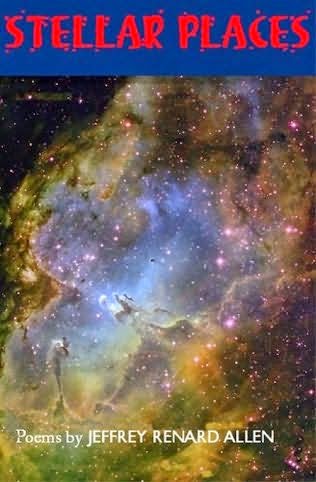 A: I had written a poem with that title—it had something to do with music. A friend told me the title was too good to be wasted on a poem. In its early drafts, the book was called "Tom." I remembered the poem, and then I started to think how the poem suggested metaphors in terms of Tom’s life. A shank is part of the piano. When I began to do research, it seemed appropriate, being very suggestive of a number of possibilities.

A: Everything you read has its influence one way or another. The difference between this book and the earlier one is that there were writers I hadn’t read before. I came to Proust for the first time during this period. W.G. Sebald’s books were published. [I read] Roberto Bolano, 2666.

The usual things—my favorite novel is One Hundred Years of Solitude. [Gabriel Garcia Marquez] delights in the process of storytelling. I’m not that kind of writer, but I’ve always wanted to be. Faulkner—I learned so much about the craft of writing from what he did, his ability to write about the South, about slavery. I did a lot of reading of fiction about musicians. Coming Through Slaughter, by Michael Ondaatje. Thomas Bernhard’s The Loser.

[Looking at] Sebald, it wasn’t my plan to use images before, but I was interested in his use of images and how those speak to the literature. 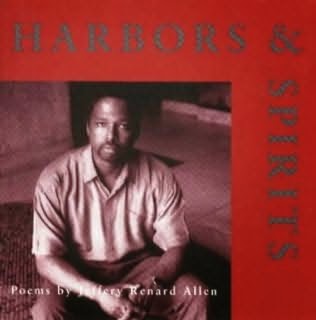 One other book I would mention is a book I love, The Daydreaming Boy, by Micheline Aharonian Marcom.

Q: You mentioned that you’re considering writing a memoir—what more can you say about that?

A: For the past five or six years I’ve been thinking about one nonfiction essay idea after another. I’ve done a couple of pieces. I was having a conversation with a friend a couple of months ago, who said I should write a memoir about the things that have been of interest to me.

At the center, my relationship with my mother defines so much of who I am. She was a domestic to a wealthy family [near] Chicago. She was born in Mississippi, in the segregated South. I felt she gave in too easily to things because of the past she came from; it was such a painful past. She never talked about it. I thought of myself as different from her—rebellious, confrontational. My [sense] of her really changed; [now I see] how practical and reasonable she is. Who she is made me a writer.

I think that how the images work in the novel is comparable to Sebald’s work. Thinking about the usual depictions of music led me to the thing about the Euler paths, and research about patterns in African architecture. It’s kind of esoteric.