Susan Vreeland is the author of the new novel Lisette's List. Her previous novels include Clara and Mr. Tiffany, Luncheon of the Boating Party, and Girl in Hyacinth Blue. She lives in San Diego.

Q: How did you come up with your main character, Lisette?

A: Lisette grew naturally from the two areas the novel was set. Place took precedence over character as I was envisioning the story. I wanted a character who would be disappointed and a bit resentful of letting go of the chance to become a gallery assistant in Paris, knowing I would return to that yearning at the end of the book.

I wanted to show her to be negative at the start, a dangerous attitude to give a main character at the beginning of a novel because of the possibility that she would not be likeable. 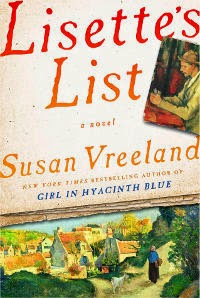 I had to quickly show that she was capable of change. That's why I had her hope that Pascal would win the boules game. That was the first evidence of her learning to accept Roussillon for what it was, and find some good in the people there. This attachment grows stronger so that by the end of the book she wants to do something good for Roussillon.

Primarily I wanted a character who was capable of softening and becoming tolerant. The beauty of the terrain helps in her transformation, but she had to be willing to recognize it. I also wanted a character who was challenged, in this case by grief and isolation and deprivation and the need to sustain herself by her own wits, and who was able to rise to the challenge.

Q: Lisette is from the city, Paris, but ends up in the countryside, the village of Roussillon. Why did you set up this contrast?

A: They were both necessary parts of my plot. The ochre--that first element in making a painting, that is, mining the ochre ore that was the substance of artists' pigments-- required Roussillon. The final element in making art is to frame it and sell it in a gallery. That required Paris. 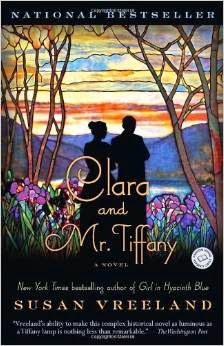 Lisette comes to understand and appreciate the origin of the material of art when Pascal, her husband's grandfather and a former miner, says, "I had brought something out of the earth, and it was used to make something beautiful. I was part of a creative process." He participated in the art world on a very basic but satisfying level. This opens her eyes to broader possibilities for her own participation.

Still, I needed scenes taking place in Paris in order to show what she yearned for. Also, the interaction with the Paris art dealer, Monsieur LaForgue, was necessary as the way she had access to Marc Chagall's letter which gave her a broader purpose to find the paintings, not just because they were hers, but because they were part of the art heritage of France which was endangered. The letter linked her to the larger historic aspect of the book.

Q: Why did you select the particular artists on whom you focused in the book? 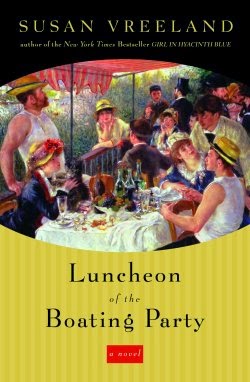 A: The four painters mentioned in the book represented four movements in the history of art. I wanted to start with an Impressionist because they were the first to paint en plein air, the countryside, the rural setting that Lisette was to experience. I chose Pissarro because I feel he is undervalued, and because he was poor and therefore had to trade paintings for frames, which brought him together with Pascal.

The next movement in art history is Postimpressionism, and Cézanne is an exponent of the more solid shapes that untimately led to Cubism. Also, he was a native son of Provence, and painted it so lovingly, even the ochre quarries.

Modernism including Cubism is represented by Picasso who does not appear as a character although a head study by him is part of the family's collection.

And finally, Postmodernism is represented by Chagall, the painter of the imagination and of dreams. Like Pissarro, Chagall was Jewish, and since this was to be set during World War II, that brought another element fitting neatly into the narrative. Chagall actually did hide in the village next to Roussillon so that I could bring Lisette and him together and she could have an art experience by watching him paint. I was very grateful that all the elements functioned together so well. 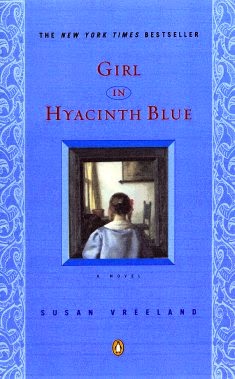 Q: What type of research did you do to recreate France in the 1940s, especially during wartime?

A: As With all my novels, I research deeply in a university library. Particularly helpful were these books of history: The Rape of Europa: The Fate of Europe's Treasures in the Third Reich and the Second World War by Lynn Nicholas; Collaboration and Resistance:Images of Life in Vichy France by Denis Peschanski; The Fall of France: The Nazi Invasion of 1940 by Julian Jackson and half a dozen other history books.

I also read several works of fiction which took place during the war, as well: Suite Française by Irène Némirovsky, a first-hand account of the exodus of refugees out of Paris, poignant because she died in a concentration camp. I spent a good amount of time in The Museum of the Resistance in Fontaine de Vaucluse near Roussillon, and I interviewed older residents in Roussillon who lived there during the war.

A: I am still in the midst of promotion of Lisette's List and am not thinking of what might be next for me.