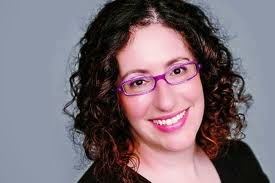 Lauren Fox's most recent novel is Friends Like Us. She also has written the novel Still Life With Husband. Her work has appeared in The New York Times and Marie Claire, among other publications. She lives in Milwaukee.

Q: How did you come up with the characters of Willa, Ben, and Jane in Friends Like Us, and have readers tended to like one of them more than the others? Do you prefer one of them?

A: Like all of my characters so far, Willa, Jane and Ben are amalgams of people I know, the traits of people I've known in the past or observed, myself, and my imagination. That's the fun of fiction - creating characters from whole cloth.

I can't say that I prefer one over the other; I think that when you spend so much time writing a novel, you have to be a little bit in love with all of your characters, even the most flawed ones, or you'll get bored and want to give up on them.

That said, people have had pretty strong reactions, either for or against Willa, possibly because she is the most obviously flawed of the three. She makes some pretty big mistakes. So I have a soft spot for her - I feel protective of her.

People tend to like Jane the best, I think because her quirks and faults are a little more subtle and under the surface, and she's a bit of the innocent in the novel. 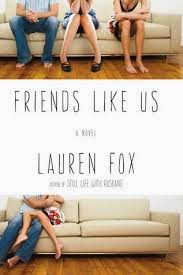 Q: The book deals with the complexities of friendship and romance, but also with sibling relationships. What would you say about the dynamic between Willa and her brother, Seth?

A: I think that Willa and Seth are all about disappointment and forgiveness. When you're raised with someone, your feelings about him or her can become calcified - you think you know what your brother or sister will do in every situation, based on your history together, and the incredible intensity of growing up together. Willa and Seth learn that they can still surprise each other.

I had a lot of fun writing their relationship, because they're so snarky with each other and know each other so well, but there's a ton of love between them.

Q: How have Willa's own relationships been affected by that of her parents? 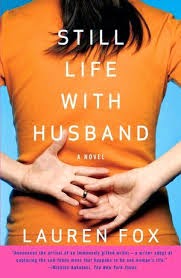 Q: You are able to blend some serious topics in with a great deal of humor. What do you see as the right balance?

A: In my life, I'm frequently accused of not getting that balance right! I do think that, as a writer, if I've managed to confuse my reader into a state of depressed mirth, or happy despair, then I've succeeded.

I aim for that tricky space where everything is complicated and you know how sad life can be, but humor redeems you, just a little.

A: I just finished a draft of my third novel. It's about a woman who loses her best friend and her marriage in quick succession, and is in danger of falling away from her adolescent daughter and her aging mother, in different ways, and how she tries to put the broken pieces back together.