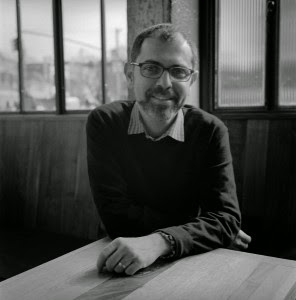 Boris Kachka is the author of Hothouse: The Art of Survival and the Survival of Art at America's Most Celebrated Publishing House, Farrar, Straus, and Giroux. He writes for New York magazine, and he lives in Brooklyn.

Q: Why did you decide to write about FSG?

A: I was looking for a book to do, and the idea was pitched to me by my [now-]agent, Jane Dystel. In 2008, I wrote an article about publishing, and how much had changed in the last 15 years. That was also the week [publisher] Robert Giroux died.

I always thought that if I wrote a history, it would be about publishing. The two I’d be interested in writing about were Knopf and FSG, so this seemed to be right on target. I’m fascinated by mid-century history, and the more I found out about [publisher] Roger Straus, this seemed to be one of the underreported stories [of the period].

Q: Straus and Giroux were very different characters. How would you describe their working relationship?

A: [FSG head Jonathan] Galassi, who succeeded both of them in a way, described them as oil and water. They functioned because they both wanted different things.

They both were engaged in the same project, [trying to create] the most prestigious publishing house in America, but they went about it in different ways. Straus was all about selling the product. Giroux was satisfied with the quality of the work; his job ended after the copy-editing.

That’s how they worked. They were contemporaries. They carved out a way to get along. When partnerships work very well, there generally is a showman and an inside guy. Without either, it wouldn’t have been able to work. This was a working, not a personal, relationship.

Q: You mentioned that your original article focused on the changes in publishing. What do you see as the most important changes in recent years? 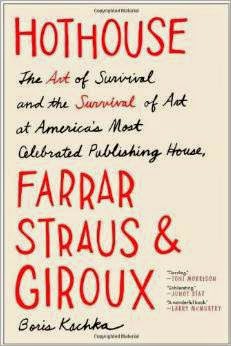 A: As pertains to FSG, the increased consolidation of publishing means that every imprint is less distinct. The great challenges now are in distribution, and Amazon wanting to build a virtual monopoly. Some think the consolidation is a response to that. There are fewer distinct voices, fewer editors.

There’s always room for innovators to come in, but whether they can do what FSG did and control the mid-range market and shift the culture is more questionable. The people who are now starting up are more on the margins…in an industry run by giants.

Q: What was it like to write about one publisher in a book published by a different publisher?

A: It was interesting. It reinforced the fact that things have changed so much. You can’t say there are rivalries in the same way there were before.

It depends on the editor you’ve got, if the editor makes sure your book is not going to be forgotten. The editor who wanted my book, at Simon & Schuster, assured me he cared deeply about it. As long as you have someone trying to make that work, it’s going to be OK.

Jofie Ferrari-Adler, the editor, got in touch with FSG, and asked, Do you want to design the cover? Can you suggest independent booksellers [who might be interested in the book]? They helped out. There wasn’t a huge downside for them.

They did design the cover. We thought that would be a neat thing for the book world, that collaboration.

A: I got lucky in some ways. Giroux’s estate was a mess, but with Roger, part of being a massive ego is that you want to see some of your legacy [preserved]. He recorded 1,200 pages of oral history. I sat there with it, and it became the spine of the [early draft]. I was keeping in mind that Roger could lie a lot!

FSG’s archives are all in the New York Public Library. I would sit in the library in a room where you can’t take anything out or in except a laptop, and I would take copious notes. You see all the relationships, the haggling over covers.

A surprising thing was Roger’s son, Roger III, or young Roger, who’s now in his 70s. He had a complicated relationship with his father, but had a very balanced take on the pluses and minuses of being that person’s son. And he had worked for the company. [Straus’s assistant] Peggy Miller—she wanted to make sure the person she greatly admired, that his legacy would endure.

A: A couple of ideas. I’m cranking out stuff at New York magazine. I hope the next big story I do turns into something bigger.

A: The paperback is out in August—on Aug. 6.

The book got a lot of attention for being on the gossipy side, but I wanted to make sure people got the flavor of the era.

With the dispute over Amazon [and its role in the publishing world], I don’t know what’s going to happen. But the idea that publishers don’t add any value is preposterous. I hope people can get a better picture of what they do from the inside.