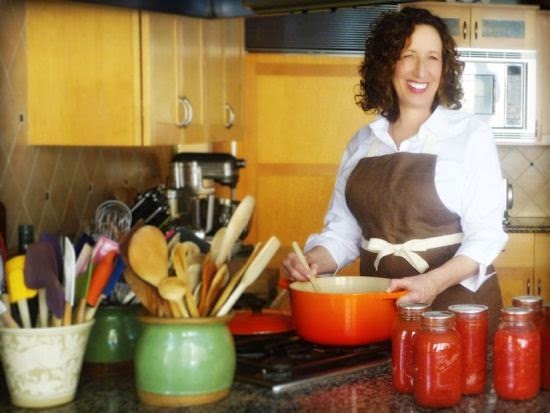 Cathy Barrow is the author of the forthcoming book Mrs. Wheelbarrow's Practical Pantry: Recipes and Techniques for Year-Round Preserving. She writes the blog Mrs. Wheelbarrow's Kitchen, and her articles appear in The Washington Post and The New York Times, among other publications. She lives in Washington, D.C.

A: My landscaping business went into the dumps in 2008, and I didn’t know what to do. I thought I would start cooking classes, and a friend said, Have you heard of [blogging]?

I started a blog. People paid more attention when I talked about preserving. The Ball book [on canning] has been around for decades, and there’s growing interest among young bloggers.

I found an agent…I played cat and mouse with the proposal for over a year, until my agent said it’s time to do something with this! I put together a proposal for a book that’s very different [from the end product]. The things that were the same were the recipes, but the way it’s organized is totally different.

I’m hoping people will put this book on the shelf with the other basics.

Q: How did you first get interested in preserving? 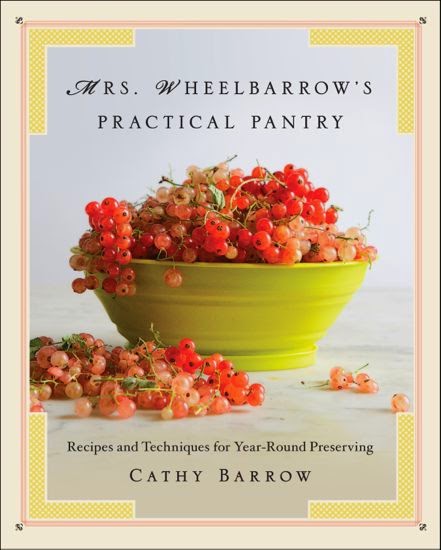 A: It’s just something I’ve always done. Not at the level I’m doing now—now I’m a crazy canner! I always made three things: pickle relish, my mother’s mango chutney, and raspberry jam. As long as I had those three things, I was fine.

I started to can tomatoes, and that was a big turning point…If I could only can one thing, it would be tomatoes.

Q: What do you see as the importance of local eating?

A: Local eating for me is about our community and the whole economy. It’s so easy to go to the store and buy strawberries.

I started watching the local food movement growing. It occurred to me that it was awfully easy to say you’re a local eater in the summer, but in the winter it wasn’t. I started going to more and more farmers’ markets.

I do feel committed to my community and to the farmers I know personally. By preserving, now there’s [local] food all year.

Q: What are the most important things you’d tell a newcomer about preserving?

A: There are two things. Preserving, or canning, is one issue—putting jars into boiling water, knowing they’re safe. The other is cooking, which is like following any recipe. The two issues are often confused.

I encourage new preservers to use trusted recipes. Start with simple things: raspberry jelly, dill pickles. Work with the cooking part, and then go to the canning part. With most current recipes, you make a small batch, two or three jars, and the first time you make jam, it goes really fast [before it can even be preserved]! Then you make it again, and learn how to preserve.

Would you be frightened to put a jar in boiling water and take it out? The worst thing that would happen is that it would be undercooked and would be sauce. Or it would be too firm, and then you would dilute it with water. There’s some nuance in cooking, but very little in canning.

The other thing I hear a lot is, I’m going to poison my family. Botulism poisoning occurs most often with commercial foods. The good news is that botulism is evident in foods with low acid, so fruits and pickles are always going to be OK. That’s good to know.

The things that are dangerous are vegetables that are not pickled, things with onions, peppers, or garlic. Forget making spaghetti sauce—just can the tomato and make the sauce later.

Replicate what you can find in the grocery store. I do pressure canning—beans, chicken stock, tuna fish, salmon. I can make up a very nice grocery store in the basement. But that’s advanced, graduate school canning!

Q: How did you pick the recipes in your book?

A: All these recipes are things I cook every year and put on the shelf. It depends what the food [supply] looked like—this was a bad cherry year this year. I couldn’t can any cherry recipes this year, so I’m doing a few more blueberries.

I haven’t purchased a gift in years—people want things from my pantry! Friends with kids in college—I can send soup, or jams.

Q: How did you work with the photographers who took the photos for the book?

A: Christopher Hirsheimer and Melissa Hamilton are two women. Christopher is one of the founders of Saveur magazine, and the aesthetic to her photography has been appealing to me for a long time.

I had decided I wanted the photos taken [when the food was] in season. Often they’re taken in January or February, during two weeks in a studio, and the fruit does not look alive. I explained what I wanted, and she said that makes a lot of sense. We started shooting last June. I would drive to the studio in New Jersey with jams and produce.

Many canning books are obsessed with what it looks like in the jar. I want what’s before, and what happens when it’s out of the jar. When it’s in a jar, that’s the least interesting part of the process.

They were so wonderful to work with me that way! I would go for three or four days [at a time] depending on what food was available. It took a lot of organization, reorganizing [the material in the book] by what was in season. I would call and say, I can’t find jalapenos, and they’d say they have it. They were very generous and taught me a lot.

A: I am. I’ve had long talks with my editor and my agent. I’m not starting for a while; I’m fiddling around with the proposal. I want to devote the next year to selling this book. It comes out November 1, and we have a very busy schedule planned; we’re already booking into 2015. I will settle down in September 2015 and start working on the next one.

A: A lot of people want to know if I grow everything myself. I had a small community garden last year. I can’t possibly grow enough; I don’t have the space or time. I have deer, foxes, and raccoons [in the yard]. I have strawberry plants, and the chipmunks get [most of them]. I wish I had the space!

But I do have a nice relationship with farmers, and pick-your-own farms are everywhere. There are ways to do this even if you don’t grow it yourself.

People ask if it’s cheaper to can than to buy in the grocery store. I can’t say it’s less expensive, but I can say that I know where the food comes from, and that there’s nothing questionable. I know I spend a little more in the summer, and a lot less in winter. In the winter, we can go for over a week without going to the store.