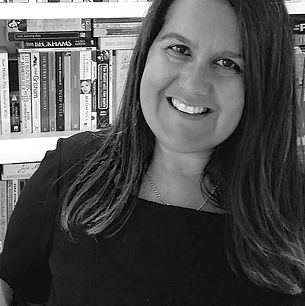 J.L. Butler is the author of the new psychological suspense novel Mine. She has written many other novels under the name Tasmina Perry. Her background is in law and journalism, and she is based in London.

Q: How did you come up with the idea for Mine, and for your main character, Francine?

A: I trained as a lawyer and have had some experience in the world of family law. The push and pull of human emotions in divorce proceedings, particularly between people who love, or have loved each other is both sad and fascinating and a novelist; I recognized it would be powerful subject matter for a book.

But actually it was “setting” or location that really prompted Mine. I love the area in London known as the Inns of Court.

The legal profession in the UK is a little different to that in the States. In the UK the field of law is split into two fields – you’re either a solicitor (which I was,) or a barrister.  Solicitors have more direct contact with the client, barristers (like Amal Clooney) are more trained in court advocacy.

The Inns of Court is where most of the barristers’ chambers (or offices) in London are located – and it’s a magical and bewitching pocket of the city. The buildings look like something from a Charles Dickens movie; barristers wear gowns and white horsehair wigs, so visiting the Inns of Court does feel as if you are stepping back in time.

I often go for a wander around the Inns of Court just to soak up the atmosphere and I’ve always thought it would be a terrific location for a novel. When I put that together with the concept of a man who wanted his difficult estranged partner to get out of his life, I had the central premise for Mine.

As for the character of Francine, she is a lawyer from the north of England who doesn’t feel as if she fits into the elite world of barristers, which honestly is very white, male and upper-middle-class.

It was that very reputation which put me off training as a barrister – I was also a girl from the North of England who hadn’t gone to Oxford University. 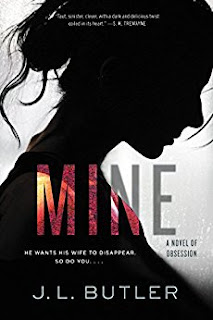 A: I’ve written 15 books now – one under my JL Butler pseudonym and the rest as Tasmina Perry. So I’m quite experienced as a writer and know that I need to plot. I literally can’t write a word of a new novel before I know exactly where it is going, what happens at the end and the twists and turns along the way.

Mine is a thriller so I was particularly careful that I didn’t find myself down a writer’s blind alley – where you write your characters into a situation that simply don’t fit the plot or story.

My husband is a writer too and he’s the opposite. He sits down at his computer and just lets his imagination and his characters take him on a journey!

Q: Why did you decide to write this novel under a pseudonym?

A: My Tasmina Perry books have always had an element of intrigue and suspense but Mine is very much a psychological thriller set in the world of divorce law.

It’s a first-person narrative story as opposed to Tasmina Perry books which have multiple characters and storylines that weave together like a soap opera. Mine is very moody and atmospheric; Tasmina Perry books are generally set in hot, sunny locations.

The difference between to the two types of books is not as marked as say a Nora Roberts romance and a JD Robb thriller, but different enough for me to think that a pseudonym might be the way forward.

Besides which, Mine is being published by another publishing house so there are also contractual reasons why I had to use a non de plume!

A: For a long time, the book was called Possession. But the film rights actually got sold before the book publishing rights and the movie people thought that Possession sounded a bit like a horror movie. Once they had said that – I agreed it sounded like a sequel to The Exorcist!

So it was changed to Mine. I think the word Mine is a very appropriate word for a book set in divorce law. It always reminds me of that scene in When Harry Met Sally when Harry points out, “This eight dollar dish will cost you a thousand dollars in phone calls to the legal firm of ‘That’s Mine, This is Yours.’”

A: I’m writing my second JL Butler novel and another Tasmina Perry book as well as a couple of TV pilot ideas. I’ve also just started a book illustration course which feels a bit self-indulgent when I’m so busy – but I absolutely love it!