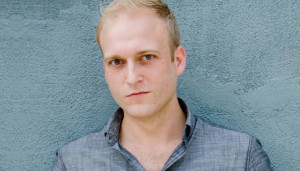 Kent Wascom is the author of the new novel The New Inheritors, which takes place in the World War I period along the U.S. Gulf Coast. He also has written the novels Secessia and The Blood of Heaven. He lives in Louisiana.

Q: How did you come up with the idea for The New Inheritors, and for your character Isaac?

A: While Isaac is the primary focus of the novel (it begins and ends with him), he came along much later in the book’s development. I worked on this book for almost a year before I settled on Isaac as the central character.

Up to that point I'd written a ton of backstory for the Woolsack family members, some of the Rule Chandler section, but the manuscript was basically a series of false starts and flashbacks.

I'd been nursing the germ of an idea for a story about an artist on the Gulf Coast in the early 20th century, inspired in part by Walter Anderson, whose relationship to nature in his life and work stands in stark opposition to the rapacity of his and our time. 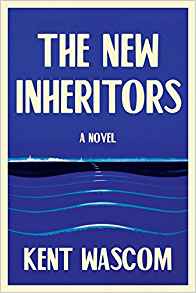 Isaac's backstory, the first 50 or so pages of the book, came pretty close to fully-formed in a six-week burst. Then all the other threads worked into place, or were cut.

Q: In our previous interview, you said, "I will always sacrifice historical accuracy on the altar of the story." How did this apply in this new novel when you created your own characters in a historical setting? Did you need to do much research to write this novel?

A: This book has far fewer fictionalized historical figures, though each character is a mashup of various persons, and their backgrounds and experiences were rooted in the historical record.

My research is mostly for continuity (making sure the events line up) and for texture, in other words to make sure the characters fully inhabit their time in terms of culture, events, etc. 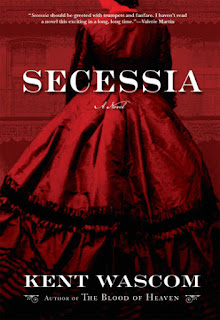 A: At the risk of sounding super precious, choosing a title for any work is pretty arduous for me. Lots of wavering, false starts, reading poetry, bouncing ideas back and forth with my editor and others at Grove, friends, passersby. So this title was a team effort.

The book is about what we inherit in terms of our history, family, and environment. With this novel and its narrative voice, which leaps ahead to the present day and back 60 million odd years into the past, I hoped to re-scale the concept of inheritance, and show that we are in a continual process of contending with both the past and the future.

Consequence, like a baton, is passed in relay from one generation to the next. The title itself is meant to address the reader (as the narrator often does) because the reader is an inheritor, too, as is each succeeding reader who ever picks the book up or ever will. 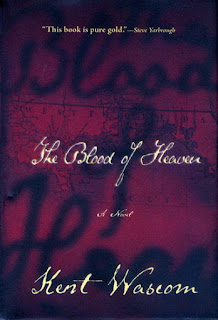 Q: How does this novel fit in with the two you've already written?

A: The New Inheritors, like the previous two, is a part of the larger novel sequence that I'm working on, The Gulf Quartet. The first two books, The Blood of Heaven and Secessia, cover the periods of the Louisiana Purchase and the Civil War respectively. The new one takes us into the 20th century.

The novels share characters (bloodlines, basically) but each is told in a unique form (POV or style); they can be read individually and in any order. Taken as a whole, sequentially or not, the books form a history of my stretch of the Gulf Coast of the United States from the early 19th century to the present day.

A: Short stories, mostly, which is something I haven't really done in a long time. And for the past six months or so I’ve making notes toward the last book in the quartet, but that’s in very early going.

A: Hmmm, maybe an anecdote-cum-recommendation: As a very happy member of Brazos Bookstore’s Indie Press subscription book club, last month I received the collection Some Trick by Helen Dewitt. This was my first time reading her work (I’m woefully late to the game) and the stories are amazing.

At present I’m midway through her first novel, The Last Samurai, which blows other big experimental novels (a lazy term, I know, but I mean in particular those hefty boys of the late '90s and the aughts) out of the water. Just stunning.

--Interview with Deborah Kalb. Here's a previous Q&A with Kent Wascom.
Posted by Deborah Kalb at 5:50 AM