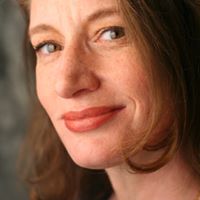 Anne Gross is the author of the new novel The Brazen Woman, the second book in her Emerald Scarab Adventures. The first book in the series is The Conjured Woman. She lives in San Francisco.

Q: How did you come up with the idea for The Brazen Woman, and did you know when you started its predecessor that you’d be writing a series?

A: I’m excited about alchemy and magic, history and feminism, fortunetelling and family, medicine and botany, and for the life of me, I’ve no idea how I came up with a story that incorporates bits and pieces of all of this.

Lady Gaga says that it’s the writer’s job to “…have mind-blowing, irresponsible, condomless sex with whatever idea it is you’re writing about.” I have to admit I often feel irresponsible when I write. It’s the only explanation I can give for my plot.

Any story with all of these things must, by necessity, take more than one book to tell. I always knew I’d be dragging myself through this.

Q: How have your characters changed from one book to the next?

A: I’ve saved this question for last because, despite it being something I’m most familiar with—after all, the plot and the characters are my own creation—it’s also the hardest to answer.

Last night I thought about my own growth and how I, myself, might have changed from one chapter of my life to the next. I’d like to think I’m different, better, bigger, but you just never know. I might have mistaken boring rigidity for increased wisdom and stronger organizational skills.

Maybe I should have more objectivity about the characters I create than I do about myself, but I’m not convinced this is even possible. Part of the difficulty in being a writer is that you’re putting your own thoughts on paper. It is inherently subjective.

So, subjectively analyzing the growth of your own characters isn’t really possible. It becomes an existential web of who’s-who, and what-is-me-and-what-is-imagination, and how-much-control-do-I-really-have-anyway-about-any-of-it. 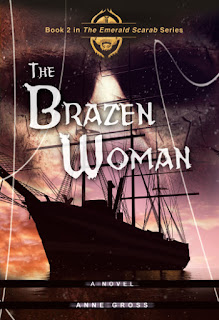 I’m also wary of spoilers. It’s hard to say how my characters have changed without saying how they are in the beginning and how they become later with all the little twists in between.

Suffice to say that Elise and Adelaide, and to a great degree, Thomas, have all been affected by the human tendency to strive towards attaining better circumstances for themselves.

Although that’s not exactly the same as striving towards being better people, which I suspect is what’s implied in the question, I’m confident that, if you’re a sensitive human being with some understanding of emotions, personal growth is a natural outcome of personal attainments. Maybe. At least sometimes it is.

I’m not sure I answered the question.

Q: Did you need to do much research to write this novel, and did you learn anything especially fascinating?

A: I took sailing classes in the San Francisco Bay in order to familiarize myself with the nautical adventures my characters Elise and Adelaide would be undergoing. I bought tarot cards and spoke with people who make their living telling fortunes.

I spent hours tromping through poison-oak-infested national parkland with an overly enthusiastic herbalist to learn to identify useful weeds. But mostly I read books. Lots and lots of books.

I do quite a bit of research, and, in fact, am still researching. I’ve heard the platitudinous advice to “write what you know,” or to stick to your personal experiences, but this is impossible when writing historical fiction. Instead, I write about what interests me. Personal experiences can only take you so far, but research can take you to the moon and back. 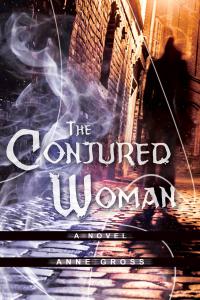 I find the history of medicine to be fascinating. It’s been just over 200 years since the Peninsular War, the period of time I chose to use as the setting for The Brazen Woman, and that seems, on surface, to be a really long time.

But it’s amazing to think that only 200 years ago on the bloody battlefield something as basic as triage was first developed. In terms of medical advancements, humanity has rolled into modernity in a very short time.

For instance, it was just 150 years ago during the Crimean War that Florence Nightingale insisted everyone wash their hands before touching wounded soldiers. One hundred years ago, the first medical textbook on anesthesia was published so that people could undergo surgical procedures without pain.

It’s easy to take for granted the ease with which we can trot to our doctor’s office to lie on a paper covered bed. Imagine our great-great grandfathers lying under the knife on the kitchen table, screaming through teeth that clenched a leather strap.

A: I love so many! Annie Dillard, for her poetic descriptions of the natural world and Mary Roach for her humorous descriptions. L.M. Montgomery for her unapologetic flights of fancy and Laura Ingalls Wilder for her careful descriptions of a life lived.

Rebecca Solnit for the fierce scholarship, Louise Erdrich for the loving agony. Oh, and Ray Bradbury. I really like him too. And so many other voices I’ve listened to in my head over a lifetime.

Right now I’m reading Caliban’s War by James S. A. Corey, who I was shocked to discover is actually two people writing as a team. Three days ago, I finished Northanger Abbey by Jane Austen, and thought it was the sweetest thing ever ironically written.

A: Right now I’m working on this blog interview. After that, I’ll be working on an article for a local newspaper about being a writer in the Fillmore neighborhood in San Francisco. Eventually, I hope to start writing the next book in the series. I’m excited to finish the story and hope it explodes from my head onto my laptop.

A: I have a Chihuahua named Emma who has a strangely bald head. I love to eat sardines with French bread. My shoe size is a 9.