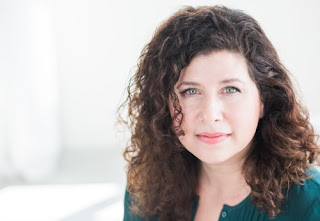 Amy Mason Doan is the author of the new novel The Summer List. Her work has appeared in a variety of publications, including The Oregonian, the San Francisco Chronicle, and The Orange County Register, and she lives in Portland, Oregon.

Q: How did you come up with the idea for The Summer List, and for your characters Laura and Casey?

A: I wanted to write a novel about girlhood friends reuniting after years of estrangement, but for a long time it was only the wisp of an idea.

Then one night two years ago I was camping with my family by the Oregon coast and some kids ran up with a scavenger hunt list. I gave them a graham cracker (one of the easiest items on the list, because it was S’mores city at the time). And they looked so excited, rushing off to get their next item.

I started picturing two grown women reuniting for a scavenger hunt. I knew it could be a satisfying, funny, poignant story if I told it right. I also knew that the women would need a good reason for the adult hunt, because I didn’t want it to be gimmicky. I realized they’d have to go on scavenger hunts as girls.

I’m an extremely visual writer. I need to play the story in my head and block it out like a film before I can set it down on paper. So before I wrote any of the high school scenes, I could picture young Laura—sensitive, lonely, teased for developing early and for her religious mother, spending her summers kayaking around this beautiful lake but desperate for a friend. 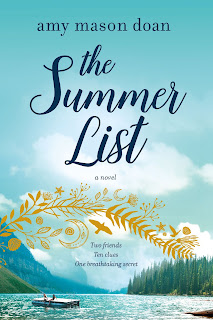 And I saw Casey moving in across the water like Laura’s dream come true—fearless, defiant, redheaded, with a mother who was the exact opposite of Laura’s. The story flowed from there.

Q: The story goes back and forth in time. Did you write the book in the order in which it appears, or did you initially focus more on one timeline and then move things around?

A: I wrote the past timeline, the story of high school Laura and Casey, first. I needed to know who they were when they were young, how important they were to each other, and why their friendship imploded one wild summer night, before I could show what the loss of that friendship meant to them as grown women.

Q: Did you know how the novel would end before you started writing the book?

A: Yes. The epilogue never changed, and I even knew what the last word of the book would be. And I knew what I wanted Laura, Casey, and the reader to feel at the end. That never changed.

But the second-to-last chapter did, dramatically. Initially I was going to end with some of my characters at a roller rink birthday party. It was a sweet scene, but my editor wisely pointed out that one character, Laura’s adoptive mother, never got a fair shake in that version. She thought I should let her have her say, and she was absolutely right. It added more depth and nuance to the ending.

Q: What do you think the novel says about old friendships?

A: The best ones are worth fighting for, no matter how much time has passed or how afraid we are to reconnect.

A: I’m polishing another novel for Graydon House that will come out in 2019, and I’m so excited about it. It’s a female nod to The Graduate with a touch of The Sure Thing, so it’s sexy and funny and there’s a road trip. It’s about holding tight to our dreams and not selling out as adults.

A: If I’m struggling with a scene I have a trick. I write in my 12-year-old daughter’s closet, the biggest one in the house. I usually write in cafes, or at my desk, or in my backyard. But if I’m really stuck, I drag a fleece beanbag chair into the closet, turn out the light and shut the door. It’s like a sensory-deprivation chamber in there. The only thing I can see is the world I’m creating in the novel.

My daughter’s going to be surprised if she reads this, because I’ve never told her!