Tom La Farge is the author of the new novel Humans By Lamplight, the third in his Enchantments series, which also includes The Broken House and Maznoona. He is based in Brooklyn.

Q: How did you come up with the world you write about in your Enchantments series, and what inspired the idea for Humans By Lamplight, the third in the series?

A: The world of The Enchantments took shape the year I lived in it. 1997-8, to replace old problems with newer, more interesting ones, Wendy Walker and I escaped to Morocco.

After we rented an apartment in the city of Essaouira, Mohammed, a spice-merchant friend, walked through it singing, carrying a bowl of smoking incense to drive out the Evil Eye. He also sold us the herbs and spices we’d need to protect us and gave us a pair of young chameleons as protection against jnun. 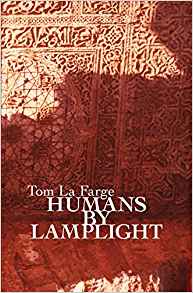 Jnun is the plural of djinn (“genie”). We heard a lot of stories about enchantment by jnun. Everyone had one to tell, even the cosmopolitan and college-educated. One acquaintance did ethnographic research in an asylum. All the doctors were French-trained Freudian psychiatrists, but the inmates’ relatives were sure their loved one was possessed by jnun.

We heard of a country girl who refused to eat meat. To her parents this seemed so perverse that they called in a man who had memorized the holy book. He used sacred writ to expel the djinn. After some coercion and negotiation, the djinn cleared out, and the girl returned to a “normal” diet.

So I learned how that world was enchanted and how magic fits into ordinary life. I have always preferred tales where magic grows from lived experience to stories that imagine it as a superpower or a technique acquired by study.

I learned also that humans share this world with a rival race, the jnun, less devils than troublemakers. I change their name from jnun to znoon. They take possession of humans and drive them into obsession, sterility, depression, obedience. They are willful, self-absorbed, and they adore performance. They are able to shift shape, are long-lived, but not immortal. 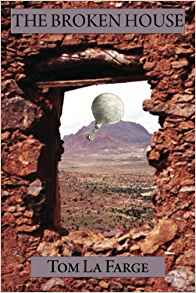 Q: Did you know before you started the first book that you'd be writing a series?

A: No, I began the first book, The Broken House, because while I was in Morocco, I finished another book. I’d been thinking about imagination, and I wanted to keep that train of thought going.

And there I was, living in a place where so many realities seemed drawn from strange imaginings. I had to mold my mind into new shapes to mimic the minds around me.

To answer the question, “How do I get a young chameleon to drink?” (A: hang a leaf overhead and pour water so that it drips down. Then the chameleon flicks out her tongue and laps at the drip), I had to watch and mimic the chameleon, since you can’t train her to drink from a bowl.

The history grew. Worlds built this way contain unfilled spaces for further histories, which can then be composed without having to reinvent the world. So I came to write Maznoona and Humans by Lamplight. Put it down to thrift, or, if you prefer, laziness. 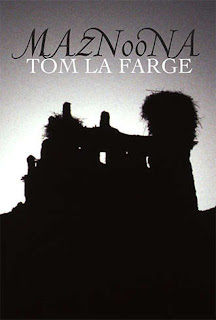 A: A chameleon stuns bugs by shooting out a long tongue with a bone in its tip. The tip is sticky, so that she can then reel in the insect she’s just whacked. It’s always a surprise to see.

My books have the same way of startling me. The story opens as I write it, and something shoots out that I hadn’t expected. Stories set in strange worlds can open further than you’d guess they were going to.

A: The title Humans by Lamplight suggests how humans free themselves from znoon. The znoon drive us to perform, to live within the image they force us to desire. Lamplight encourages reading: a keen, empathetic attention to something besides our own image in a mirror.

I’m working on a version of a 10th-century Arabic classic, the Maqamat by al-Hariri. Hariri’s book a set of stories where the same two characters meet again and again all across the vast medieval Muslim world.

One is a young man, an incurably restless, curious traveler, and the other is either a saint or a scam-artist, possibly both. In my version the equivocal saint will be a young woman, Beela, who is born at the end of Humans by Lamplight.

A: You can observe more of my behavior on my website.