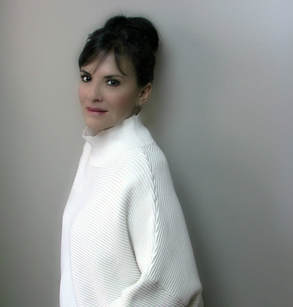 Cherise Wolas is the author of the new novel The Family Tabor. She also has written the novel The Resurrection of Joan Ashby. She has worked as a lawyer and a film producer, and she lives in New York City.

Q: How did you come up with the idea for this new novel, and for the members of your fictional Tabor family?

A: The fictional Tabors have been with me for a very long time. I first imagined them during a snowstorm when I was living in a small town in Washington.

They lived in a rambling house, knew how to speak a dead language, and the youngest child was a hemophiliac who created alter egos for himself. That first iteration is in a tiny story called "Aramaic" that was published in Narrative magazine.

Their second iteration was in a long story called "An Unexpected Conversion." A new version of the Tabors appeared. They were clarifying themselves as a contemporary family and refusing their quasi-magical components.

Their third iteration appears in my debut novel, The Resurrection of Joan Ashby. Joan Ashby is an acclaimed story writer and her second collection, Fictional Family Life, is about a 15-year-old hemophiliac named Simon Tabor and his alter egos; and a 15-year-old boy named Simon Tabor who throws himself off the roof of the family home because he’s sure he can fly; and his family and the doctor and nurses who repair his broken body.

Stories from Joan Ashby’s Fictional Family Life are excerpted in The Resurrection of Joan Ashby.

Despite tucking the Tabors into Joan Ashby, they remained in my mind, and refused to be ignored. They were developing, deepening, changing, and moving in unexpected directions.

And they kept throwing questions at me: Does the past remain in the past or does it spill into the present without our being aware? How do the choices we make to embrace or abandon a love, a marriage, a dream, a faith, a bad act, a lost memory, the secrets and failures of ourselves and others shape us? Do we ever know those we are closest too? How is that what we show to our family and the world can be so different from what goes on in our own hearts and minds?

These were some of the questions that intrigued me and that I wanted to explore.

And thus began their fourth iteration in The Family Tabor. They emerged as a family that is brilliant, accomplished, and worldly. They glow. They are lucky. But these attributes don’t safeguard them (or anyone, whether fictional or real) from confusion and struggle.

Harry Tabor is delighted with the world he’s created, but then everything he believes about himself is upended. Roma Tabor is a “miracle-worker” psychologist for troubled children and teens, and a mother whose love for her children doesn’t prevent her from seeing them clearly.

The adult children, Phoebe, Camille, and Simon, are at personal crossroads, each seeking something we all want—love or connection or the belief we’re living our right life.

Over the course of what is to be a celebratory weekend honoring Harry, the Tabors find themselves peeling back their own layers, having to admit truths to themselves, as they search for new paths they hope will lead them in the right direction.

But peeling away our layers leaves us naked, and truths can be impossible to admit, and every new path signals the end and loss of something.

Perhaps in the future, there will be another iteration of the Tabors. Maybe a sequel to The Family Tabor or maybe I’ll finally write Joan Ashby’s Fictional Family Life in its entirety. 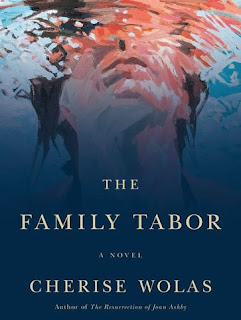 Q: You said in our previous interview that you didn’t know how The Resurrection of Joan Ashby would end before you started writing it. Was your writing process similar with this new novel?

A: It was. If only because I can’t write in any other way. For me, writing is about exploring and engaging and discovering the unexpected, so I’ve learned not to come at my work with preconceived notions about anything.

In the past, when I outlined, I found it cut me off from the mysteries I love finding as I write, and I was instantly bored—if I already knew where the story was going to go, why write it?

Of course, when I begin a project, I have a growing sense about the people, and the ideas are percolating, and there are questions I’d like to figure out answers to with them, and it’s a journey we take together.

These people are my creations, but I never think of them as characters. They’re absolutely real to me, are in my mind nearly all of my waking and sleeping hours, to which the staggering volume of emails I send to myself at night when I should be sleeping attests.

Writing is how I intently listen to them tell me who they are, the problems they’re having, their hopes, dreams, secrets, issues, what they want to do, how they want their stories to go.

Through the writing, all kinds of clues emerge—about these people, their pasts and futures, about the themes, the interactions, the progressions. And each clue leads to a key, and each key leads to another door. And I keep going.

When the writing is going badly, I’ve learned it means I’ve stopped listening, that I’m interposing myself and my own beliefs on them. So I rewind and find my way back into them.

My actual writing process is never about reaching the end of a first draft, and the truth is I never have a first draft. As I write forward, I am constantly going backwards, editing, revising, honing, noticing elements, teasing them out, re-envisioning, contemplating anew. By the time I have a completed manuscript, it’s likely the thousandth draft. 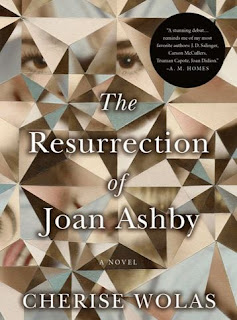 Q: What role do you see religion playing in the novel and in the lives of your characters?

A: Since first imagining the Tabors, they’ve always been a Jewish family. In The Family Tabor, they are steeped in the ancient history of the Jews, but are very modern, and being Jewish barely defines them. Indeed, they celebrate the High Holidays and Passover and little else.

When I began writing the novel, I never expected religion, or faith, or religious identity to play any substantial role, and I never intended to write a Jewish American novel.

But with anti-semitism and hatred for immigrants so loud and ugly again in this country and throughout the world, the Tabors and their various relationships or responses to the faith of their ancestors compelled me to be courageous and brave and follow their explorations.

The family members set their terms. Harry, the patriarch, considers himself a “historical Jew,” who aligns himself with the cultural and ethical lineage of his people, but doesn’t believe in the power of prayer. And yet, on a tennis court, on the day he is going to receive a big award, he sees visions and hears a voice.

Roma, the matriarch, treasures the mind over faith, and although her grandmother believed in her faith, it was luck she relied on. For Phoebe, Judaism means lighting Friday night candles when she remembers. Camille believes in none of it; her religion is her social anthropological work, studying tribes out in the field.

Simon is exhausted from a lasting insomnia, and over the course of the weekend gathering, he realizes that he has a hole in his soul, and thinks that perhaps what’s missing is the foundational underpinning of the faith he’s never seriously considered.

Q: The book is set in Palm Springs, California. How important is setting to you in your writing?

A: It’s very important. In The Resurrection of Joan Ashby, the fictional Rhome, where Joan and Martin start their married life, was critical for me. It’s a tiny town, with circular streets, and beyond the town center, it’s nearly rural, with a population of something like 8,000.

And then I created their house. While it sits on four acres, in a new and unpaved development outside of Rhome, the house is very small. When it’s renovated years later, and becomes large and gracious, Joan still doesn’t have a room of her own in which to write.

In The Family Tabor, I again first saw Harry and Roma’s house in my mind. And then I realized they lived in a desert, and it was Palm Springs. I signed up on various Palm Springs real estate sites so I could troll through the listings and determine whether what I was imagining would exist there.

One of the agents called me, and from then on, she sent me pictures of houses to look at, but by then I had already created the Tabors’ mid-century home, with the desert and the cacti right beyond the back patio.

Setting it in Palm Springs had both a conscious and unconscious significance, which, as I continued to write, I came to understand.

The conscious was my childhood recollections of visiting my maternal grandparents and celebrating Passover with them in Palm Springs. Unconsciously, I think Palm Spring represented a certain form of Judaism to me, hewed to by my grandparents who, despite all they suffered, maintained their faith.

And as I wrote, setting it in Palm Springs made even more sense because there are two deserts in the novel, the “newer” one in Palm Springs, and the ancient Negev, in Israel.

A: So many amazing fans of The Resurrection of Joan Ashby have written to tell me which of her excerpted stories they think I should write as novels: "The Last Resort," about a woman in a mental institution; "Bettina’s Children," about a married couple who move to Nigeria; the rare babies; and "The Sympathetic Executioners," about the twin boys who become killers.

Perhaps in the future, I’ll explore those possibilities because they continue to fascinate me. I am working on my third novel now, and the main characters did make their first appearance in Joan Ashby, but none of my books are connected, and these characters have their own journeys in their own new world.

--Interview with Deborah Kalb. Here's a previous Q&A with Cherise Wolas.
Posted by Deborah Kalb at 5:28 AM