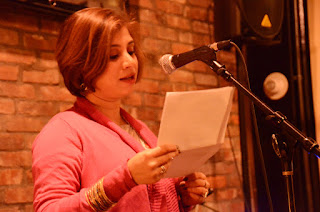 Sweta Srivastava Vikram is the author of the new novel Louisiana Catch. Her other books include Perfectly Untraditional and Mouth Full. She has written 12 books, and her work has appeared in a variety of publications, including The New York Times. She lives in New York City.

Q: How did you come up with the idea for Louisiana Catch, and for your character Ahana?

A: Several nuggets of ideas were at play when I was thinking of writing Louisiana Catch: Global issues of violence against women, the unpredictable interactions emerging from social media networking, multicultural romance in a never-before-told style, and the impact of grief on our vulnerabilities and ability to conduct ourselves in the world.

Honestly, I wanted to write a female protagonist who was very different from anyone I know personally. Ahana represents the unexpected survivor. Highly educated, she comes from a wealthy upper-class Delhi family. From the outside, she seems to have it all together.

She doesn’t fit any labels or stereotypes that society expects us to believe about South Asian women or survivors of violence. To some, she might even come across as flawed, privileged, and spoilt. But you still root for her because she is relatable and real.

Like so many of us, Ahana is a product of her circumstances. You can say, I wanted to create a character that felt real and evoked emotions in people, which Ahana has gone on to achieve. 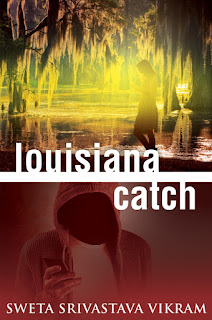 Q: One of the themes in the novel involves the issue of abuse against women. How do you see the character in your book fitting in with the #MeToo movement, and what do you hope readers take away from her story?

The No Excuse Conference organized by Ahana in the book empowers women by reminding them to speak up and speak out and not tolerate any kind of sexual violence. She helps break the barrier of shame. I feel, both the #MeToo movement as well as No Excuse foster the spirit of community together and offer a safe space to women.

I hope Louisiana Catch and Ahana’s story can help dispel stereotypes about survivors, women, and South Asian stories. Research shows that every 98 seconds, someone in the U.S. is sexually assaulted. In India, a woman is reportedly raped every 15 minutes.

How can we blatantly argue that every survivor belongs to certain socio-economic strata or sexual violence exists only in certain parts of the world?

Much like the United States, India is made up of different micro-communities and unique, personal experiences. Just as the U.S., India too has its Park Avenue penthouses and Greenwich zip codes to homelessness and housing in the projects. 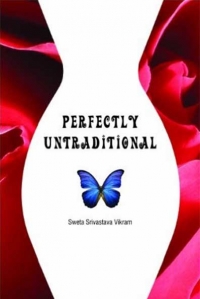 If we can lessen our judgment about others and knock off some of the preconceived notions about other cultures, we can grow together as a society.

Q: The book takes place in New Delhi, New York, and New Orleans. How important is setting to you in your writing?

A: New York is home to my heart and writing, so I was naturally biased and wanted some parts of the novel to be based in The Big Apple.

I wanted to show southern charm and pride in my book—I felt Ahana could relate to that given her New Delhi upbringing, which (like NOLA) is also famous for its hospitality and party scene. New Orleans is one of my favorite cities in the whole world, and I like to visit often. Even though I haven’t lived in New Delhi, I have visited it plenty since my extended family lives there.

I found striking similarities between New Delhi and New Orleans. Be it the sweltering summers, rich heritage, tongue-tingling cuisines, unpredictable streets, increasing violence, and pride in the heritage. I wanted to draw a similarity between the two urban spaces with their suburban flavors built within the city. 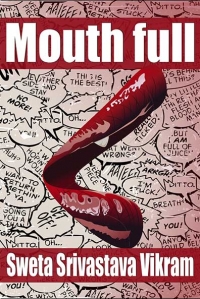 A: The title was huge for this book. Both male antagonist and protagonist in the novel—two diametrically different men—are from the state of Louisiana. And right until the middle of the novel, we can’t tell which of them is actually a “good catch” for Ahana and who is the one “catching” her in his net. One of them is not what he seems—hence the suspense.

A: There has been talk about writing a sequel to Louisiana Catch. But I have not decided. I have some ideas for a new novel but not exploring them yet. Ahana and Rohan Brady have “lived” with me for six years. I am so emotionally invested in them and deeply immersed in their world that I can’t think of new “people” right away.

Going to enjoy doing the book tour for the next couple of months and savor moments where people start hashtags on social media #BeLikeAhana and design yoga classes based on Ahana’s personality and preferences. And then listen to my inner voice and figure out the next project.

A: I am the CEO-founder of a wellness company, NimmiLife, which helps people nurture their overall health and wellness—while elevating their productivity—using alternative healing sciences of yoga, Ayurveda, holistic nutrition, mindfulness, and yoga.

In writing Louisiana Catch or even during the publicity phase of it, I have relied heavily on the philosophy of NimmiLife.

How? The creative life is a gift, but it is also full of ups and downs. Be it reviews or rejections or awards and exhilarating moments like hitting the bestsellers list, we writers traverse through plenty of instability. Boy, do our adrenals hate us! We are quite capable of losing our sense of priority, health, and relationships.