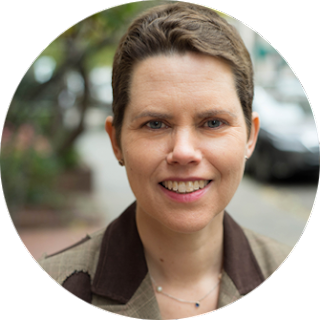 Caitlin Macy is the author of the new novel Mrs.. She also has written The Fundamentals of Play and Spoiled, and her work has appeared in a variety of publications, including The New Yorker and The New York Times Magazine. She lives in New York City.

Q: How did you come up with the idea for Mrs., and why did you set it in the aftermath of the 2008 financial crisis?

A: I was standing outside my daughters' school surrounded by well-heeled, almost scarily perfect-seeming women and was thinking about the irony of the fact that we were the "hooking up" generation, and I started to wonder about the variety of experience--the messiness--that underlay the polished appearances.

I set it in the aftermath of the financial crisis (January 2009) because that was a time of exposure--the unsavory practices of many individuals who had been able to coast along were suddenly revealed; it was a time of upheaval and that always opens up plotting possibilities. 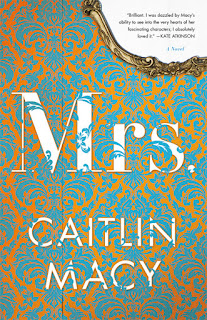 Q: The story is told from a variety of perspectives. Did you write the novel in the order in which it appears, or did you focus on one character at a time and then move things around?

A: Nice question. A bit of both. I definitely did some moving of passages--some cutting and pasting--because it was important to me to get the beats right.

A: An agent in my agent's office suggested the title. (My working title was "Philippa Lye.") 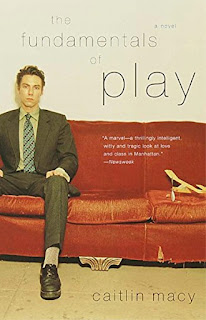 I found that "Mrs." resonated for me because it suggests an alias--a woman living under her husband's name--leading not a fake life exactly but a very different life post-marriage than she might have imagined, which is the case with all three of my female protagonists.

I also liked it because it feels that we are in the twilight of "Mrs."--"Ms." will surely outlive it.

Q: The book jacket describes Mrs. as "a modern-day House of Mirth." What do you think of that comparison?

A: Any comparison to Wharton is lovely of course. I was certainly influenced by Lily Bart's tale--she is a victim of societal expectations. Society is more liberal now but more women of my generation than you would think, perhaps, felt that marriage was the only way forward. The millennials have changed all that. 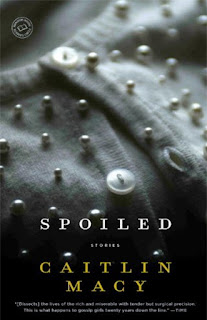 A: I am working on a first-person novel about female friendship and I'm also writing some short stories that were burning a hole in my pocket while I finished Mrs..

A: Originally the novel was told partly from the perspective of Philippa Lye but I found that being inside the head of the somewhat crazy, damaged person wasn't all that interesting! She was more interesting from the outside.