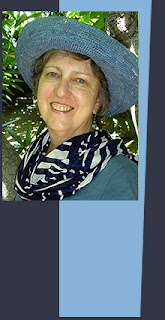 Roxane Orgill is the author of Siege: How General Washington Kicked the British Out of Boston and Launched a Revolution, a new book in verse for older kids. Her other books include Jazz Day and Skit-Scat Raggedy Cat. She spent more than two decades working as a music critic, and she lives in Dobbs Ferry, New York.

Q: Why did you decide to write this book in verse about the siege of Boston in 1775-76?

A: I’d written in verse once before, in Jazz Day: The Making of a Famous Photograph (Candlewick Press 2016), a picture book about the 1958 photo of jazz musicians in Harlem. I loved how poetry allowed me to zero in on particular scenes, personalities, and fleeting events (and leave out the bits that didn’t interest me!).

Then, in a review of Joseph Ellis’s Revolutionary Summer, the critic, Andrew Cayton, used a phrase that stuck in my mind: “cacophony of voices.” Although I’d hardly begun researching, I knew that was what I wanted my book to be.

I wanted to make heard the voice of Washington, his generals, aides, wife, and servant-slave William Lee; the artillery officer Henry Knox; the enemy (Sir William Howe); a deserter; various privates, and a servant boy. Verse seemed the most immediate and concise way to realize the “cacophony of voices” I imagined.

A: This is my first book that is not about the arts. I had a lot to learn about the American Revolution, and I could not have written a word without Founders Online (founders.archives.gov) and its wonderful search engine and extensive notes and links. 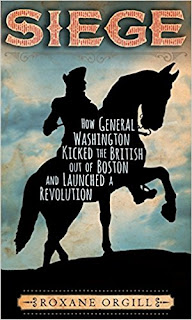 It’s the source for all of George Washington’s papers. His General Orders to his officers were the first primary sources I consulted, and I was hooked on the idea of “how do you build an army? How do you start a war?” The Orders provided the detail I needed, also a wealth of new-to-me words such as fascines, gabions, pickets, and redoubts. Poetic words!

I was especially excited to have so many primary sources at my disposal because my previous choices of subject had been so lacking in that area.

Take for instance, Ella Fitzgerald: Writing about her young life in Skit-Scat Raggedy Cat: Ella Fitzgerald (Candlewick Press, 2010), I had almost no primary sources, because Ella didn’t write letters, and newspapers didn’t review her performances until she was famous.

By contrast, George Washington left a trail that seemed endless. Privates left diaries. A lieutenant wrote to his wife. And so on. I was knee-deep in original material, contentedly so.

Many things surprised me. I couldn’t imagine how one transports cannon until, visiting Fort Ticonderoga in New York, I saw reenactors use a complicated system of poles, ropes, and pulleys just to move an eight-pounder (cannon) a few yards. 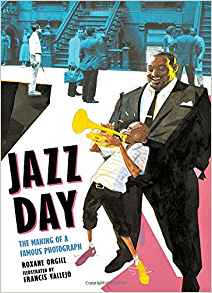 How the troops were pretty well fed – no hardtack, not yet. How when Washington, ever the surveyor, got to Cambridge, he drew a map to orient himself. I came upon this crude map by chance on a visit to the Library of Congress. A real find!

Q: How did you choose the cast of characters you include in the book?

A: Choice of characters was based mostly on availability of primary sources. I was restricted to people who kept diaries or wrote letters in a specific place -- Boston and its environs -- in the narrow time frame of just ten months in 1775-76.  I couldn’t use, say, the well-known boy soldier Joseph Plumb Martin, because his service occurred later.

In the end, I read a few boys’ accounts and made up a character, Cyrus (the only fictional character in the book), who I hoped was representative.

Obviously, I wanted a variety of people to show different aspects of the siege, and a mixture of known and unknown. I also didn’t want them to be all men. I was happy to learn that Abigail Adams experienced the siege, albeit from a distance in Braintree, and wrote vividly about it to her husband, John. 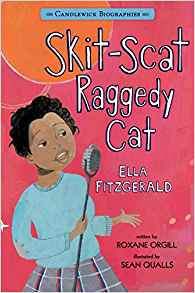 Q: What do you hope readers take away from Siege?

A: Good question. All I can say is that this is the kind of history book I would have liked to read as an older kid. Not a succession of battles but the experience of starting a war -- and not made up, as in historical fiction, but a true story.

I hope I put the reader there, in Cambridge, Massachusetts in 1775, with Washington as he tries to figure out how to mount a siege with a rag-tag militia and virtually no ammunition, with the soldier who hasn’t been paid and wants to go home to his farm, with Henry Knox as he figures out how to move sixty artillery pieces three hundred miles, and so on.

A: In Siege, I was able to work in Martha Washington and Abigail Adams, but it’s basically a men’s story. What did women do during the Revolutionary War? We’ve heard about Mary Hays bringing pitchers of water at Monmouth and Margaret Corbin taking over the guns at Fort Washington, but others? I’m curious how women advanced the cause for independence.

A: Since I was a child I’ve been keen to know how people lived in other times. I devoured anything about pioneer life; Rolvaag’s Giants in the Earth was a favorite book. I hope Siege satisfies at least some of that urge in readers and inspires them to seek to know more, as I do.