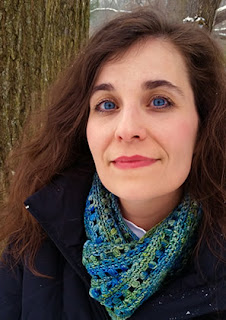 Melissa Ostrom is the author of the new young adult historical novel The Beloved Wild. Her work has appeared in a variety of publications, including The Florida Review and Quarter After Eight. She teaches English literature at Genesee Community College, and she lives in Batavia, New York.

Q: How did you come up with the idea for The Beloved Wild, and for your character Harriet?

A: The history of the Genesee Valley has interested me ever since I moved to Orleans County 20 years ago to teach English at Kendall High School.

This area holds special historical significance in terms of our country’s first wave of westward expansion: in the early 1800s, many young men left the comforts of their New England homes and, after purchasing their parcels from the Holland Land Company, settled here.

But though the area’s history has long intrigued me, an idea for a novel didn’t begin to take shape until one day when I was trudging around an old cemetery, searching for a patch of trilliums that I remembered spying the previous spring.

I came upon a family plot that gave me pause. If I was interpreting the names and dates on the antique headstones correctly, they suggested that one man must have had three consecutive wives. The nearby infant burials provided some explanation.

I wondered what it must have been like for a girl to grow up in the early 19th century when pregnancy and childbirth posed such great risks to women.

Worse yet, since society prescribed marriage as the only suitable future for a girl, how nearly impossible it would have been to avoid these dangers! I imagined how a girl would feel about this, especially if her own mother had died giving birth to her. 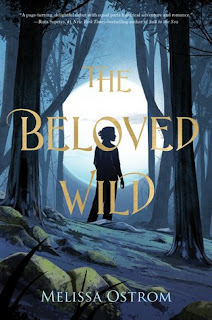 From this woolgathering, my character Harriet Submit Winter was conceived. And Harriet does find a way to escape her lot in life. She disguises herself as a boy.

A: I’m lucky to have some very good friends who know quite a bit about our local history. These women—Diane Palmer, Adrienne Kirby, and Sharon Root—shared significant stories about the Genesee Valley pioneers (some of whom are their ancestors!), as well as family memorabilia, access to the Orleans County Chapter of the DAR, and several relevant books.

Of the books, none was more helpful than Pioneer History of Orleans County, New York, a collection of firsthand accounts compiled by Arad Thomas. These reminisces amazed me. Most of the early settlers were young—just teenagers with little money and few worldly possessions—but they were astonishingly brave, industrious, stoic, and bright.

They worked hard to finagle clearings in the wilderness and faced every kind of trial, from sickness and hunger to blighted crops and encounters with bears. But most persisted, and eventually their farms thrived.

The pioneer accounts really inspired me. I recall reading about a young gentleman who owned nothing but an axe when he broached the wilderness. To start with almost nothing and yet make something of oneself and one’s surroundings? Remarkable.

Q: What do you think Harriet's experiences--and the experiences of your other female characters--say about the role of women in the U.S. in the early 19th century?

A: It was certainly a rigid role, marked by sameness, as evident in women’s housebound chores which persisted year-round (as opposed to men’s labors which tended to vary according to the season) and in terms of what women could do with their lives. Marry, then bear children: that was pretty much it. Young women like Harriet couldn’t easily pursue a different path, not without incurring society’s wrath.

The lack of autonomy wasn’t only unjust; it could prove extremely problematic.

Rachel (a parentless girl who must rely on the kindness of distant relations and neighbors to keep a roof over her head and then maintain her place in a household by toiling without complaint) suffers abuse and is taken advantage of. She has no father, brother, or husband to protect her. In fact, not even the law fully protects her.

Harriet and Rachel hopefully provide a realistic picture of the limited opportunities available to girls in the early 1800s and the challenges they faced because of their restricted status.

A: I had a pretty good sense that the novel had to end in the way that it did.

I’ve always been fond of the “boy disguise” trope that shows up in so many wonderful historical novels. It’s fun to see a girl upend the social order and escape the drudgery of spinning, sewing, cooking, and canning by masquerading as a boy. Cross-dressed, she accesses freedoms and enjoys adventures previously denied her.

Plus, the disguise beautifully fuels titillating imbroglios and (since the girl might be unmasked at any moment) generates great tension.

Usually such novels do end in an unmasking. But that customary outcome half-perturbs me. If the disguise makes possible our heroine’s power, what hope does she have of retaining that power when she gives up the cravat, boots, and britches—in short, when she dons her corseted dress again, withdraws to the drawing room, or returns to the hearth?

This is the worrisome downside of the boy-disguise trope. I tried to devise an ending that got around it.

A: I’m very excited about my second novel, The Unleaving, currently at the copy-editing stage at Macmillan. It’s contemporary YA, and Feiwel & Friends will publish it in March of 2019. Here’s a description:

Maggie is a freshman at her hometown college when she attends an off-campus party in March. Never in her worst nightmare does she foresee what ends up happening: a gang rape orchestrated by the Carlton Tigers’ star quarterback, Matt Dawson. Though devastated, Maggie reports the crime, and her assailants face a serious repercussion. Unfortunately, this doesn’t put an end to her ordeal—the outraged Tiger fans see to that.

Wanting only to escape the backlash, Maggie flees Carlton for western New York and moves in with her Aunt Wren, a sculptor who lives in a cabin buffered by woods and Lake Ontario. But this isolated location harbors secrets and situations that are anything but peaceful. Even worse, the trauma Maggie hopes to leave behind follows her, haunting her in ways she can’t control—insomnia, flashbacks, and a panic that persists. These troubles are intensified when she begins to receive mysterious messages from another Carlton girl who may also have been attacked. Just when Maggie musters the courage to answer the emails, the young woman goes silent.

With a plot that is both urgent and timely, The Unleaving explores the intricacies of shame and victim-blaming that often accompany the aftermath of assault.

A: Only that I appreciate having the chance to talk about my YA historical debut on your blog, Deborah. Thanks for interviewing me!